Watch bison introduced to land they haven't touched in 150 years

The World Wildlife Fund released video showing four bison being released from a trailer into snow-covered plains in South Dakota. 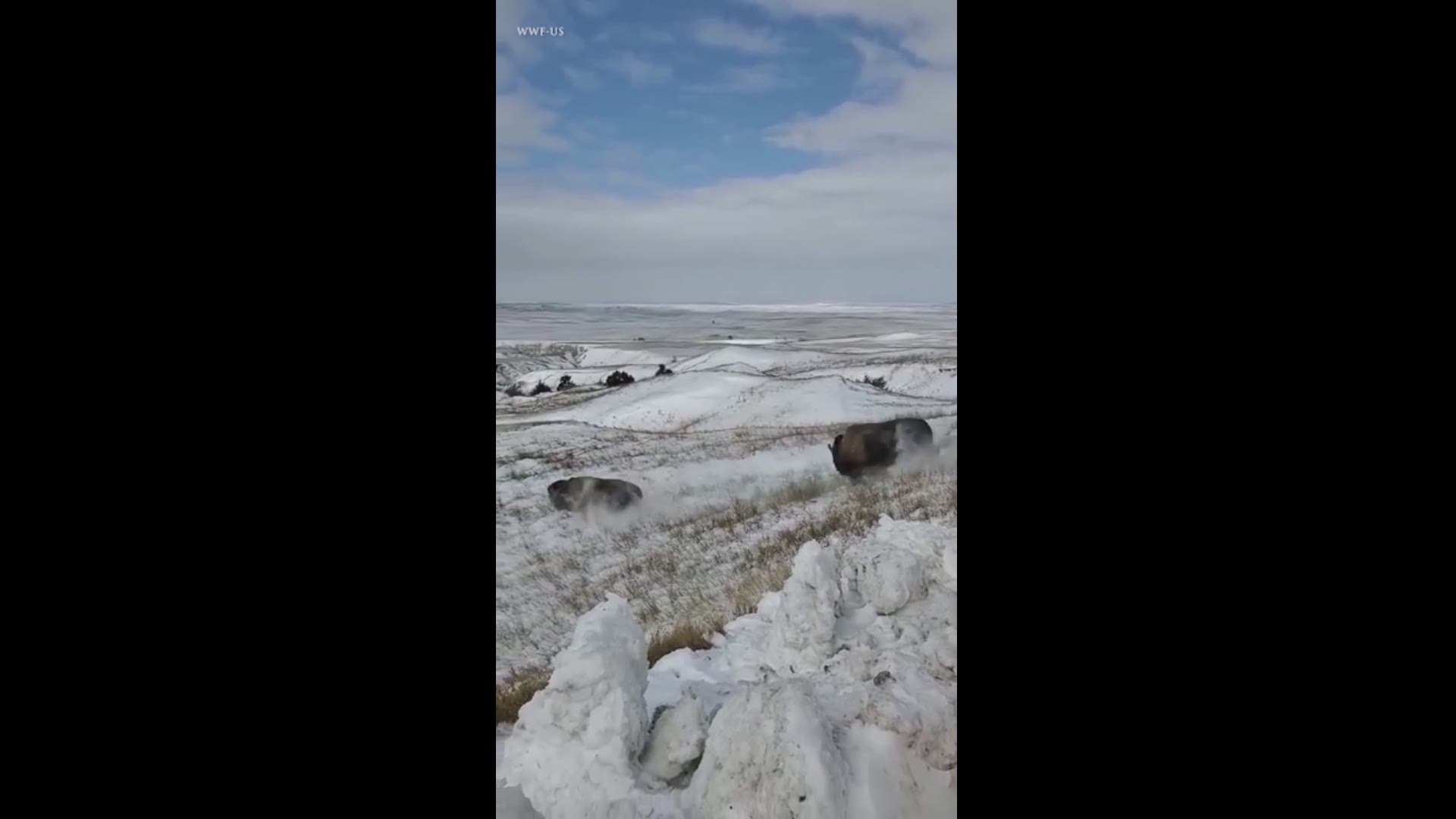 Bison have returned to a section of Badlands National Park in South Dakota on which the species hasn't roamed in nearly 150 years.

The World Wildlife Fund released video showing four bison being released from a trailer into the snow-covered plains last week. The area of the park they were released into was recently secured due to $750,000 in donations. It's the first time the massive animals have roamed this particular land since 1870.

WWF more than 2,500 of its donors and partner organizations raised the funds to build 43 miles of fencing to extend the bison habitat in Badlands National Park by 22,000 acres to a total of 80,193 acres.

“Bison are North America’s largest and most iconic mammal, and WWF is thrilled to be part of an effort to create the second-largest herd in the National Park system,” Martha Kauffman, managing director of WWF’s Northern Great Plains program, said in a statement.

There were once millions of Bison, but that number dropped to 325 in 1884 due to westward expansion, according to WWF. An effort to protect the animals allowed them to repopulate to 20,000 today.

WWF says it is working to establish five bison herds in the Northern Great Plains to increase the genetic health of the species.

Credit: WWF-US
Bison are released into a section of Badlands National Park in South Dakota in October 2019. This particular area was recently secured for their use -- an area Bison have not roamed since 1870.