Antonio Brown not with Raiders amid reports of suspension

The wide receiver wasn't with Oakland days before their season opens, as reports say he could be suspended over a confrontation with general manager Mike Mayock. 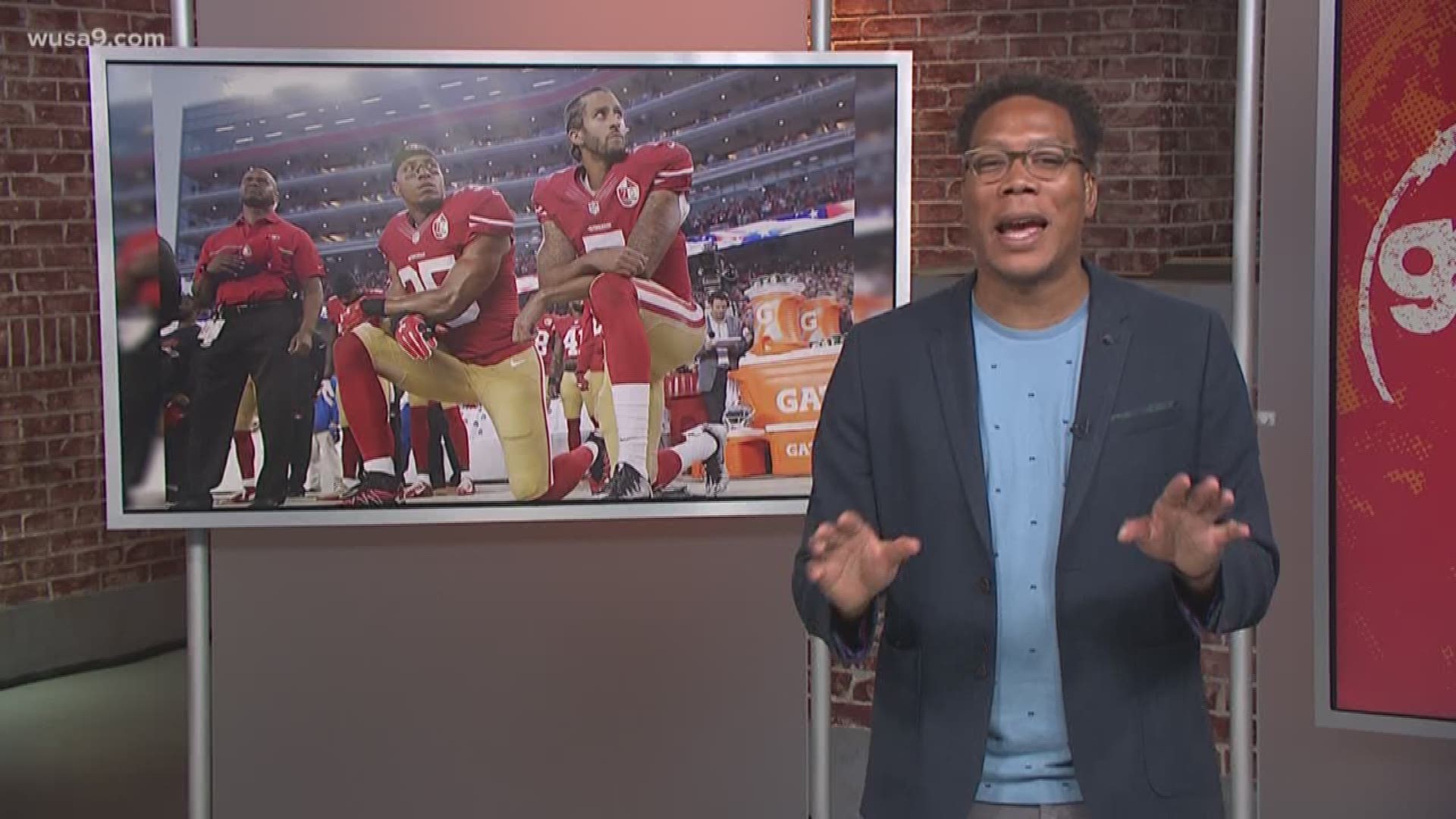 ALAMEDA, Calif. — Star receiver Antonio Brown was sent away from the Oakland Raiders four days before the season opener amid reports he could be suspended over a confrontation with general manager Mike Mayock.

Mayock said at the beginning of practice Thursday that Brown wasn't at the Raiders facility and wouldn't be practicing a day after posting a letter from the GM on social media detailing nearly $54,000 in fines.

"I'll make it short and sweet," Mayock said. "Antonio Brown is not in the building today, won't be practicing. I don't have any more information for you right now. When I have some and it becomes appropriate you guys will all get it. But that's it for today."

ESPN reported earlier Thursday that the two had a confrontation the previous day over the posting of the letter and that the Raiders plan to suspend Brown. Teams have the right under the collective bargaining agreement to suspend players up to four games for conduct detrimental to the team.

A suspension would also void the more than $29 million in guarantees over the next two seasons contained in Brown's contract with the Raiders.

"I'm not going to get into any of that stuff right now," coach Jon Gruden said. "We'll have an official announcement later."

RELATED: Antonio Brown upset at Raiders for nearly $54,000 in fines

Credit: (AP Photo/Jeff Chiu, File)
FILE - In this Aug. 20, 2019, file photo, Oakland Raiders' Antonio Brown walks off the field after NFL football practice in Alameda, Calif. Star receiver Antonio Brown is not with the Oakland Raiders four days before the season opener amid reports he could be suspended over a confrontation with general manager Mike Mayock. Mayock issued a brief statement at the beginning of practice Thursday, Sept. 5, 2019, saying that Brown wasn't at the Raiders facility and won't be practicing a day after Brown posted a letter from the GM on social media detailing nearly $54,000 in fines. (AP Photo/Jeff Chiu, File)

Gruden said he was frustrated by the situation but that the team is ready to start the season without Brown if necessary. The Raiders spent most of training camp without Brown on the field as he dealt with frost bite on his feet and a fight with the NFL over his helmet.

"We've been going out for practice every day and we adjusted without him," Gruden said. "We never knew sometimes when he was going to practice. So we're good at it. We're good at adapting and adjusting. Unfortunately. I'm going to keep my fingers crossed."

Brown's agent, Drew Rosenhaus, told NFL Network that he has been in contact with the Raiders and Brown and hopes to be able to avoid a suspension.

"My objective is to get things worked out between Antonio and the Raiders so he can fulfill his contract and do what they brought him in to do," Rosenhaus told the network. "I don't think it's too late to salvage that relationship."

This is just the latest development in a dramatic first season in Oakland for Brown, who has yet to step on the field for a game with his new team.

The Raiders acquired the game's most prolific receiver after he wore out his welcome in Pittsburgh. Oakland gave up only a third- and fifth-round pick for the four-time All-Pro receiver and gave him a hefty raise with a new three-year contract worth $50.125 million.

But Brown was unable to practice at the start of training camp after getting frost bite on his feet during a cryotherapy accident in France.

Brown was activated July 28 and took part in one walkthrough and part of one practice before leaving the team to get treatment for his feet and to fight the NFL and the NFLPA over his helmet.

Brown lost two grievances with the league in his attempt to use an old helmet now banned for safety reasons. He skipped practice on Aug. 18, prompting Mayock to issue an ultimatum for Brown to be "all in or all out" and also to hand him a $40,000 fine.

Brown returned to the team the following day but then missed a mandatory walkthrough before an exhibition game in Winnipeg on Aug. 22, leading to a second fine of $13,950.

Brown publicized those fines on his Instagram account Wednesday. Brown also wrote on the account: "WHEN YOUR OWN TEAM WANT TO HATE BUT THERE'S NO STOPPING ME NOW DEVIL IS A LIE. EVERYONE GOT TO PAY THIS YEAR SO WE CLEAR."

That apparently prompted the latest run-in with Mayock and now leaves Brown's status with the team in doubt ahead of Monday night's opener at home against the Denver Broncos.

"I think moving forward everything can work out," Rosenhaus said. "We've had some bumps in the road but he's had an incredible career. We had some setbacks recently but I'm confident we can get back to doing the great things that the Raiders signed him to do. That's my intention."

Brown had several issues in Pittsburgh as well, leading to the team's decision to trade him even though he topped 100 receptions and 1,200 yards receiving in each of the past six seasons.

The relationship reached a breaking point in late December. Steelers coach Mike Tomlin benched Brown during the regular-season finale against Cincinnati after the wide receiver went radio silent in the final 48 hours before the game.

Brown arrived in a fur coat, hung out for a half and then disappeared from view until well after his teammates had cleaned out their lockers following a 9-6-1 finish that left Pittsburgh out of the playoffs for the first time since 2013.

When Brown did resurface, he began engaging in a series of increasingly antagonistic acts designed to expedite his departure. He went on Instagram with former Steelers linebacker James Harrison during Tomlin's season wrap-up press conference. He decried quarterback Ben Roethlisberger's "owner's mentality" and chastised Tomlin for disciplining him in Week 17.