Impress your friends during your Emmy Awards watch party with these fun facts. 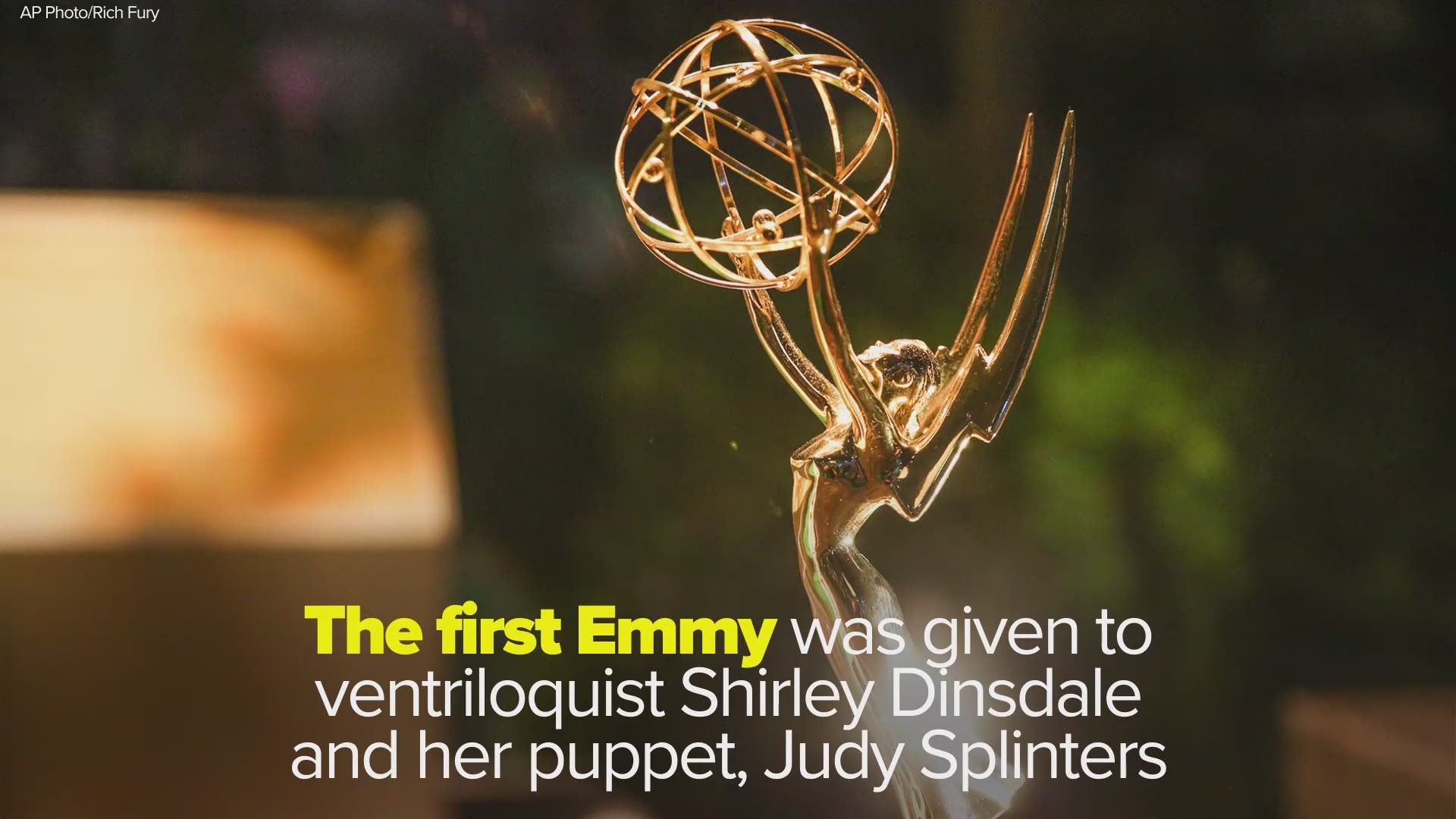 Sunday will be a celebration of the best prime time television in the U.S., including some shows that will be honored for the last time.

For the fourth time in Emmy history, the show will not have a host. Charlie Collier, FOX Entertainment’s CEO, said that the decision would allow the ceremony to spend more time saluting departing shows like Game of Thrones. The HBO fantasy drama ended this year with its eighth season and leads the pack with a record-setting 32 nominations.

RELATED: Emmy Awards won't have a host this year

Other front runners include “Barry,” “Better Call Saul,” “This Is Us” and “Veep,” which all have multiple nominations. New series “Dead to Me” and “Russian Doll” are also starting off their first seasons strong with Emmy nods for both shows.

As you prepare for your Emmy watch parties, study these Emmy Awards fun facts and impress your friends with your awards show knowledge:

Twenty-year-old Shirley Dinsdale and her puppet, Judy Splinters, were both awarded Emmy awards for their variety show at the first ever Emmy Awards in 1949. She received the award for Most Outstanding Television Personality, one of only six awards given that year.

Some Emmy winners have to buy their own statuette

An Emmy award costs $400 and more than five hours of labor to make. Every Emmy is made by hand at Chicago's R.S. Owens. The statues are coated in several alloys: copper, nickel, silver and gold. Plates for the awards are created for every nominee, because the factory doesn't know who will win.

In categories where winners include a large number of people, winners have to pay to keep their statuette! "The Daily Show" writer Mo Rocca said he paid for his when the writers won an Emmy.

The Emmy is named after camera equipment

Television Academy founder Syd Cassyd originally proposed the name "Ike" for the Emmy Award. It was a nickname for the television iconoscope tube. That name wasn't picked up because it was already the nickname for WWII General and future President Dwight D. Eisenhower.

Henry Lubcke, the Television Academy's third president, eventually suggested "Immy" as the award's name, after the image-orthicon camera tube. The name was feminized as "Emmy" to compliment the design and the rest was history.

The statue's design itself was modeled after its designer, Louis Mcmanus' wife, Dorothy.

Dr. Frasier Cane is the only character to have Emmy nominations for three different shows

Kelsey Grammer portrayed this iconic doctor on three shows: “Cheers,” “Wings” and “Frasier." All three shows were nominated for Emmy awards. Out of these nominations, Grammer earned four Emmys, all for his work on "Frasier. Grammer has a fifth Emmy for Outstanding Voice-Over performance as Sideshow Bob on "The Simpsons."

“Saturday Night Live” producer Lorne Michaels holds the record for most Emmy nominations for an individual of all time. He currently has 90 nominations and 17 wins. In 1999, he was inducted into the Television Academy Hall of Fame. Some of his nominations were also for his work in other shows like “Documentary Now!” and “Portlandia.”

The show Michaels is probably most known for, “Saturday Night Live” has done extremely well at the Emmys as well. It holds the record for most nominations ever (260) and most wins ever (65) for a television program.