The new accusation is that Joe Biden touched a woman's face with both hands and rubbed noses with her in 2009. 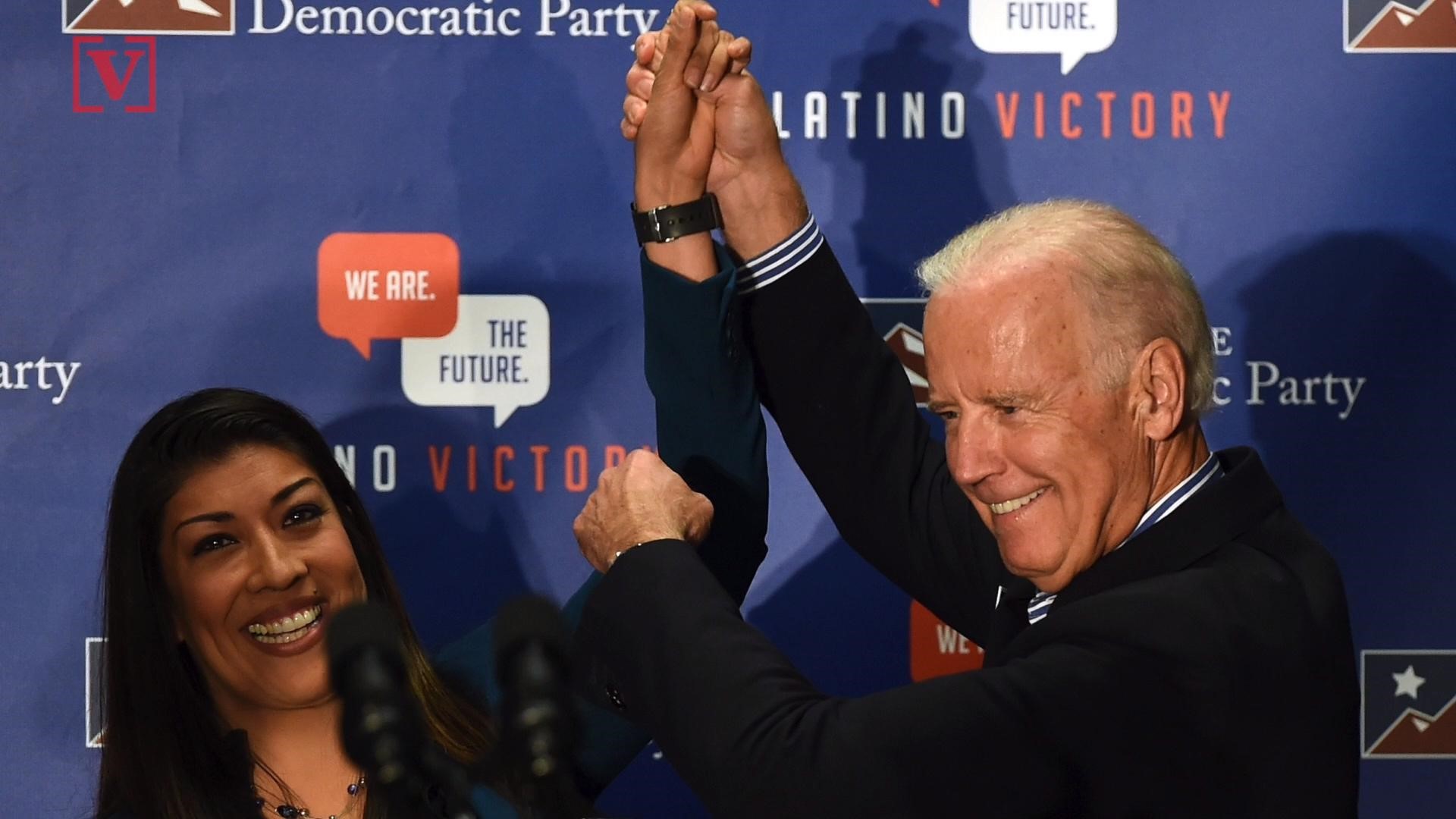 WASHINGTON — Aides to Joe Biden are striking a more aggressive tone as the former vice president faces scrutiny over his past behavior toward women.

In a statement Monday, Biden spokesman Bill Russo blasted "right wing trolls" from "the dark recesses of the internet" for conflating images of Biden embracing acquaintances, colleagues and friends in his official capacity during swearing-in ceremonies with uninvited touching.

The move came on a day in which a second woman said Biden had acted inappropriately, touching her face with both hands and rubbing noses with her in 2009. The allegation by Amy Lappos, a former aide to Democratic Rep. Jim Hines of Connecticut, followed a magazine essay by former Nevada politician Lucy Flores, who wrote that Biden kissed her on the back of the head in 2014.

RELATED: Biden: 'Not once - never - did I believe I acted inappropriately'

The developments underscored the challenge facing Biden should he decide to seek the White House. Following historic wins in the 2018 midterms, Democratic politics is dominated by energy from women. The allegations could leave the 76-year-old Biden, long known for his affectionate mannerisms, appearing out of touch with the party as the Democratic presidential primary begins.

Lappos told The Associated Press that she and other Himes aides were helping out at a fundraiser in a private home in Hartford, Connecticut, in October 2009 when Biden entered the kitchen to thank the group for pitching in.

"After he finished speaking, he stopped to talk to us about how important a congressional staff is, which I thought was awesome," Lappos said.

She said she was stunned as Biden moved toward her.

"He wrapped both his hands around my face and pulled me in," said Lappos, who is now 43. "I thought, 'Oh, God, he's going to kiss me.' Instead, he rubbed noses with me." Biden said nothing, she said, then moved off. She said the experience left her feeling "weird and uncomfortable" and was "absolutely disrespectful of my personal boundaries."

Russo didn't directly respond to Lappos, instead referring to a Sunday statement in which Biden said he doesn't believe he has acted inappropriately during his long public life. The former vice president said in that statement: "We have arrived at an important time when women feel they can and should relate their experiences, and men should pay attention. And I will."

Biden hasn't made a final decision on whether to run for the White House. But aides who weren't authorized to discuss internal conversations and spoke on condition of anonymity said there were no signs that his team was slowing its preparations for a campaign.

Asked by the AP about the accusations against Biden, House Speaker Nancy Pelosi said, "I don't think that this disqualifies him from running for president, not at all." She declined to elaborate.

Biden's potential Democratic rivals haven't rushed to back him up. Over the weekend, presidential candidates Elizabeth Warren and Kirsten Gillibrand came closest to calling out the former vice president. Warren said Biden "needs to give an answer" about what occurred. Gillibrand said, "If Vice President Biden becomes a candidate, this is a topic he'll have to engage on further."

Ultraviolet, a women's advocacy group, tweeted: "Joe Biden cannot paint himself as a champion of women and then refuse to listen and learn from a woman who says his actions demeaned her. Good intentions don't matter if the actions are inappropriate. Do better, Joe. And thank you @LucyFlores for coming forward."