Inside FBI tip line that failed during shooting 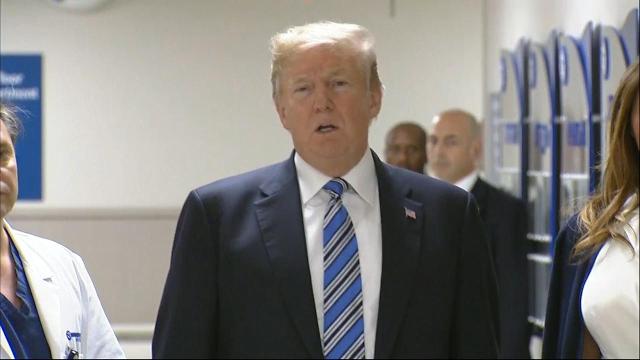 WASHINGTON – Until FBI Director Christopher Wray acknowledged Friday that the bureau’s tip line failed to act on crucial information about Nikolas Cruz more than a month before last week’s massacre at a school in Florida, the busy call center had operated in near-anonymity from its hub in rural West Virginia.

Nearly 4 million telephone calls and emails have poured into the so-called Public Access Line since the operations were consolidated six years ago.

The program, which grew out of the FBI’s effort to combat massive fraud spawned by Hurricane Katrina in 2005, was aimed at centralizing separate call centers at all 56 field offices across the country — freeing up more agents to work the streets.

In wake of the tip line's breakdown in the Cruz case, it is the focus of an internal FBI review. Lawmakers called for congressional inquiries, and President Trump tweeted last weekend that the FBI was "spending too much time trying to prove Russian collusion" in the 2016 presidential election.

Here's a closer look at the operation:

Question: How are tips routed to the FBI public access line?

Answer: Typically, calls of all kinds are received at FBI field offices where they are sorted by topic.

Those with leads on potential crimes or threats to public safety are transferred to the call center at the FBI's offices in Clarksburg, W.Va., the same location that houses the National Instant Criminal Background Check System that reviews the backgrounds of gun purchasers.

Q: Who receives and assesses the information?

A: Former assistant FBI director Stephen Morris, who once oversaw the FBI's West Virginia operations, said more than 100 staffers handle the information, which is reviewed not only for the raw material provided but also for the source's credibility.

When possible, the information is evaluated against bureau databases in an attempt to further verify it.

Q: When is the tip referred for additional investigation?

A: The process can be largely "subjective," Morris said, as analysts assess the credibility of the source and content of the lead.

Generally, when a tip is determined to have investigative merit, a supervisor reviews the information before it is routed to the appropriate field office for further investigation.

Q: What happened in the Cruz case?

A: On Jan. 5, according to the FBI, the public access line received information from "a person close to Cruz" about his "gun ownership, desire to kill people, erratic behavior ... and the potential of him conducting a school shooting."

Q: How much information is not deemed worthy of additional investigation?

A: Nearly 98% — or 1.4 million — reports to the FBI's tip line in 2017 did not warrant follow-up investigation, according to a report by the bureau's Criminal Justice Information Services Division.

Morris said it is not uncommon for analysts to field calls that have no connection to threats or potential criminal activity.

"There are some people who call in to ask why they haven't gotten their Social Security check," he said. "Some callers are abusive, and analysts have to sort through that to determine if there is important information there. It's not an easy job."