It's not just Chicago. Other big cities struggle with solving murders 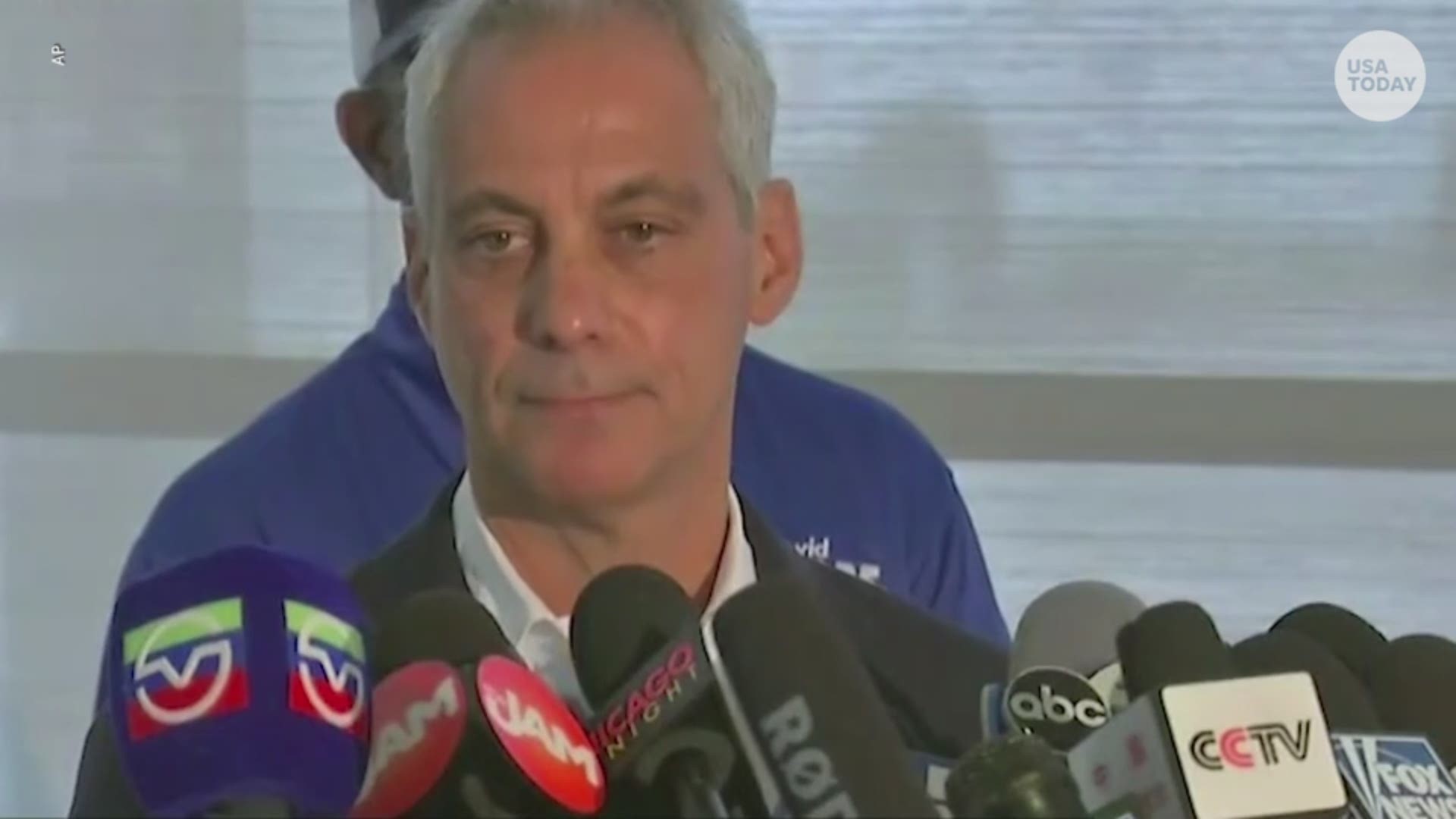 Credit: AP
In this Aug. 5, 2018 photo, police investigate the scene where multiple people were shot in Chicago.

For years, Jim Adcock, a former coroner living in the South, has been sounding the alarm to police brass and anyone else who will listen: America’s big city police departments are mired in a cold case crisis.

The national murder clearance rate – the calculation of cases that end with an arrest or identification of a suspect who can’t be apprehended – fell to 59.4 percent in 2016, the lowest since the FBI has tracked the issue.

The data tells a grim story of thousands of murders in which no one is held accountable, Adcock said.

“If we don’t address it, the issue is just going to get worse,” said Adcock, who recently started the Mid-South Cold Case Initiative, a nonprofit that aims to provide assistance to departments looking to bolster their cold case units. “The hole we’re in is just going to get deeper and deeper.”

The issue of murder clearance rates is in the spotlight as Chicago officials struggle to solve gun violence that’s plaguing the city. But the nation’s third-largest city, which only cleared 26 percent of its homicides in 2016, is just one among many big cities struggling to quickly solve gun crimes, according to FBI data and crime experts.

Last weekend in Chicago, more than 70 people were shot, including 12 fatally, but only a single arrest has been made so far from the dozens of shootings over a 60-hour period.

The frustrating weekend led Mayor Rahm Emanuel and Police Superintendent Eddie Johnson to decry a culture where too few Chicagoans living in some of the city’s most violence-plagued neighborhoods are willing to cooperate with police.

Politicians and police chiefs in many other cities know the struggle.

It’s one that has been exacerbated in municipalities to varying degrees by politics, fear, a no-snitching philosophy mentality pervasive in some enclaves, diminished resources for law enforcement and discontent with policing in minority communities, experts say.

Gangs fueling much of the violence have become less hierarchical over the last several decades. As a result, they have also become more perplexing for investigators to understand, said Peter Scharf, a Louisiana State University criminologist who has advised the New Orleans Police Department in the past.

In big cities such as Baltimore, Chicago and New Orleans – which cleared less than 28 percent of its homicide cases in 2016 – the fracturing of gangs has added a difficult dimension for detectives as they try to glean information from the streets.

“It’s a national disaster,” Scharf said of the declining national clearance rate. “With every one of these weekends where you see multiple killed and even more wounded and few arrested, the gangs become more emboldened and the witnesses weaker in their conviction to step up.”

In Memphis, Tennessee, where Adcock is based, the city saw its homicide clearance fall to 38 percent in 2016. The same city cleared more than 99 percent of its 126 homicides in 1972. The Memphis Police Department has more than 1,500 cold cases on the books, Adcock said.

Detroit, which last year had the third-worst per capita homicide rate in the nation, managed to clear less than 15 percent of homicides in 2016, down from about 35 percent the prior year. (Detroit and many other cities include all homicides solved in a calendar year in their annual reporting to the FBI. For example, a homicide committed in 2015 but solved in 2016 would be tallied as a homicide cleared in the more recent year.)

In Indianapolis, where the murder rate has surged, the Indianapolis Metropolitan Police command staff earlier this year called on outside experts to help with the growing number of unsolved homicide cases.

The Midwest city has seen its annual clearance rate tumble since 2014, when 66 percent of murders were solved. Last year, about 40 percent of Indianapolis’ cases were solved, according to an analysis by the IndyStar, part of the USA TODAY Network.

Police there believe part of the problem is that witnesses have become increasingly reluctant to speak out because of fear of retaliation. The problem is so acute that half the people who survive gunshots refuse to answer questions about the shootings.

In one case last September, Indianapolis Police said 10 young people were present when 13-year-old Matthew McGee was gunned down in the parking lot of a fast-food restaurant. No one spoke up.

"This young man did not deserve to die on a parking lot of Long John Silver's on a Saturday night," Chris Bailey, Indianapolis Police deputy chief, said after the killing. "Those with information who are not sharing with us should be ashamed of themselves."

More: A 13-year-old boy was killed near a crowd. But no one's talking, Indy police say.

The Indianapolis City Council passed a proposal this year creating a $300,000 witness protection fund in hopes of bolstering the police department’s ability to persuade witnesses to cooperate.

Kelly Robinson, whose son Philip Brown’s 2016 murder went unsolved, told council members that it was essential authorities provide witnesses with help from the incident until conviction.

"If y'all don't handle it, it'll be handled in the streets," said Robinson, who says there were at least 30 witnesses to her child’s killing.

In the past, cities such as Boston have made headway improving clearance rates by throwing more bodies on homicides and improving investigative techniques.

Between 2007 and 2011, the Boston Police Department Homicide Unit cleared 47.1 percent of the homicides investigated. After putting focus on the issue, the department managed to improve the clearance rate to 56.9 percent for 2012 to 2014.

The department, which saw its clearance rate dip below 50 percent last year, increased the amount of evidence analyzed by the crime lab and interviewed more witnesses at the scene of the crime immediately after the crime, according to review of the Boston initiative by Anthony Braga, a Northeastern University criminologist, and Desiree Dusseault, deputy chief of staff in the Boston Police commissioner’s office.

Former Police Commissioner Ed Davis, who launched the Boston initiative during his time leading Boston’s department, said simple changes – such as adding more detectives to weekend duty – made a difference.

The terrain, Davis said, has become more complicated as police standing in minority communities has been diminished by several controversial cases, such as the fatal officer-involved shootings of black suspects such as Michael Brown in Ferguson, Missouri; Laquan McDonald in Chicago; and Philando Castille in suburban St. Paul, Minnesota. But improved tactics can help departments improve clearance rates, Davis says.

“There’s been a reduction in trust in policing over the last five years, and that plays a role in it,” Davis told USA TODAY. “But that’s not the deciding factor. One of the things that matters most is the aggressiveness in which you pursue these cases in the first 48 hours.”

Credit: Getty Images
CHICAGO, IL - AUGUST 6 : Chicago Mayor Rahm Emanuel and Police Superintendent Eddie Johnson arrive at a news conference to address reporters about Chicago's weekend of gun violence, Monday, August 6, 2018 in Chicago, Illinois. Chicago experienced one of it's most violent weekends of the year, after more then 70 people were shot, with 12 fatalities.

In Chicago, where Mayor Emanuel faces re-election in February, the persistent gun violence has become a top issue for residents.

Murders are down 20 percent in the Windy City compared to last year. But with more than 325 homicides already this year, Chicago again is on pace to end the year with more murders than New York and Los Angeles, cities with far bigger populations.

During the McDonald shooting fallout, two top officers in the investigative division retired from the department and the mayor fired superintendent Garry McCarthy, who oversaw a relatively less violent period in recent Chicago history.

McCarthy, who is now running for mayor against Emanuel, said bettering Chicago's clearance rate will be more complicated than cops improving relations in the city’s black community.

“When politicians think it’s politically expedient to be tough on cops … how do you expect the detectives to get up and go out and do their jobs and put themselves in jeopardy when this is the environment they’re working in?” McCarthy said.