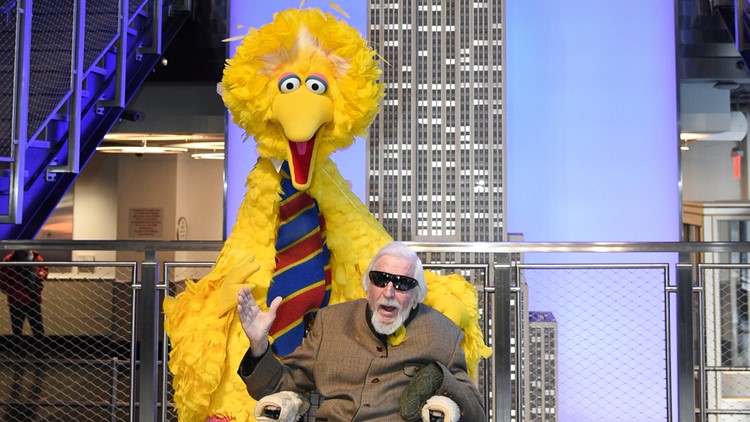 HARTFORD, Conn. — The Sesame Workshop says Caroll Spinney, who gave Big Bird his warmth and Oscar the Grouch his growl for nearly 50 years on "Sesame Street," died Sunday at the age of 85 at his home in Connecticut.  The Sesame Workshop said in a statement that the legendary puppeteer lived for some time with dystonia, which causes involuntary muscle contractions. Spinney voiced and operated the two major Muppets from their inception in 1969 when he was 36, and performed them almost exclusively into his 80s on the PBS kids' television show that later moved to HBO.

FILE - In a May 21, 2000 file photo, Carroll Spinney, center, best known for his TV character "Big Bird" from Sesame Street, receives an honorary doctor of Humane Letters degree from Eastern Connecticut State University President David G. Carter, right, during commencement in Willimantic, Conn. Spinney, who gave Big Bird his warmth and Oscar the Grouch his growl for nearly 50 years on “Sesame Street,” died Sunday, Dec. 8, 2019 at his home in Connecticut, according to the Sesame Workshop. He was 85. (AP Photo/Steve Miller, File)
AP

RELATED: What you need to know about Sesame Street's premiere on HBO Max