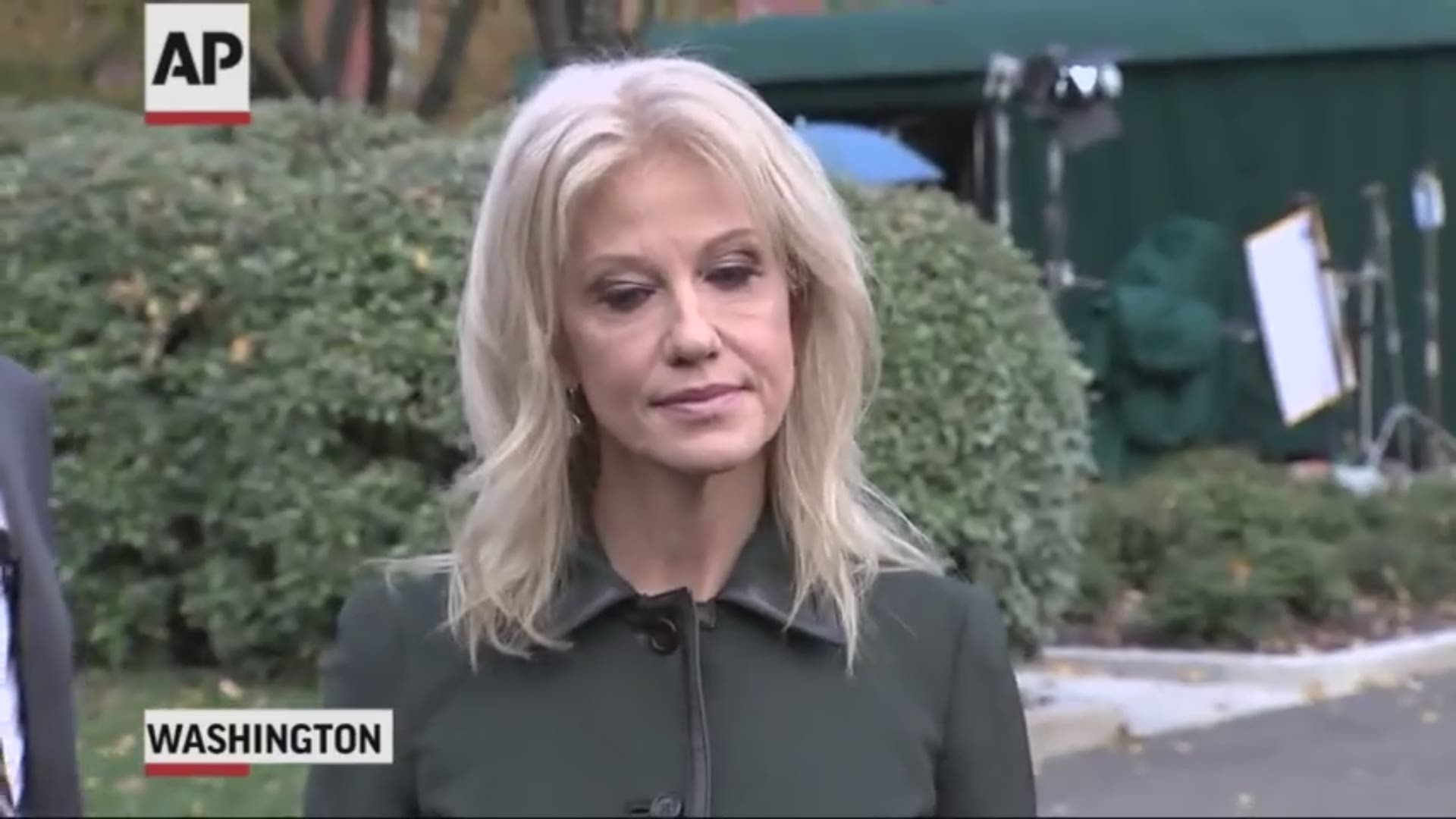 "President Trump’s installation of Matthew Whitaker as acting attorney general of the United States after forcing the resignation of Jeff Sessions is unconstitutional. It’s illegal. And it means that anything Mr. Whitaker does, or tries to do, in that position is invalid," reads the piece by lawyers Conway and Neal Katyal.

Trump fired Sessions Wednesday and announced Whitaker, Sessions's chief of staff at the Department of Justice, would take over.

Conway and Katyal argue that Whitaker's appointment is a violation of the principles of the Constitution's Appointments Clause, "designed to protect us all against the centralization of government power."

"Mr. Whitaker has not been named to some junior post one or two levels below the Justice Department’s top job. He has now been vested with the law enforcement authority of the entire United States government," the op-ed reads. "For the president to install Mr. Whitaker as our chief law enforcement officer is to betray the entire structure of our charter document."

Conway and Katyal concede that the president has the power to make interim appointments in times of crisis – but they said Sessions' firing did not fit that bill.

"And even if it did, there are officials readily at hand, including the deputy attorney general and the solicitor general, who were nominated by President Trump and confirmed by the Senate," they said. "Either could step in as acting attorney general, both constitutionally and statutorily."

They said Trump is not qualified to decide Whitaker's suitability for the role because he is "hopelessly compromised by the Mueller investigation."

Still, Conway's wife did not agree that Sessions' firing or Whitaker's appointment constitute a constitutional crisis.

"The Democrats don't seem to begin or end a sentence these days without having the word crisis in it," Kellyanne Conway told reporters Thursday. "Matt Whitaker has been chief of staff for over a year."

George Conway, a self-described conservative, has a history of being openly critical of his wife's boss.

On Oct. 30, he and Katyal wrote a Washington Post op-ed explaining why the president was "wrong" about being able to end birthright citizenship with an executive order.

And last year, in the midst of legal battles over the Trump administration's travel ban, Conway mocked the president's "sad" tweet lamenting the "politically correct version."

A look at Kellyanne Conway, counselor to the president

1 / 41
SHAWN THEW, EPA
Conway, alongside Ivanka Trump, delivers remarks in a listening session for military spouses in the Roosevelt Room of the White House on Aug. 2, 2017.