Girl, 10, forced to walk five miles to school after dad hears she bullied another student 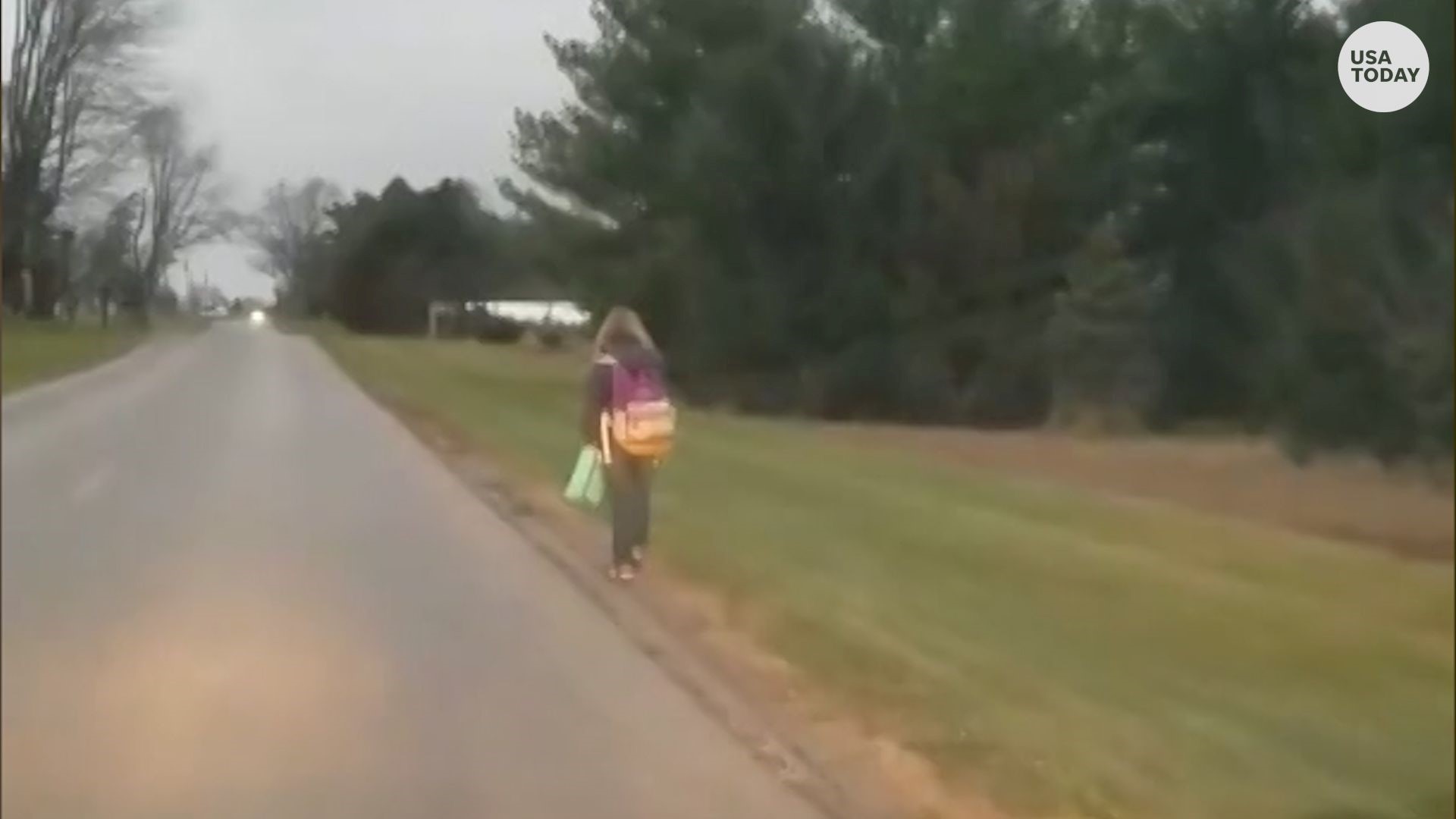 Credit: Matt Cox, Facebook
Father Matt Cox made his daughter walk miles to school in near-freezing temperatures after she was caught bullying on her school bus.

An Ohio father's decision to make his 10-year-old daughter walk miles to school as punishment for bullying is causing controversy among parents online.

After Matt Cox of Swanton found out that his daughter was suspended from her school bus for bullying another student for the second time, he told her he wouldn't be driving her to school. She would be walking.

Monday, Cox shared a video on Facebook of his daughter walking along a road wearing her backpack. He was trailing her in a car. He said walking five miles to school in 36-degree weather was her punishment for bullying.

"I know a lot of you parents are not going to agree with this, but that is alright because I’m doing what I feel is right to teach my daughter a lesson and to stop her from bullying," he said in the video. "Bullying is unacceptable."

Cox said he is doing what he feels is right. Millions of views and thousands of comments later, it became clear that many others felt it was right, too.

"Good job," Kelli Riley Lykins commented. "Teaching her a lesson but still showing your love by following her to make sure she arrives safe. Wish there were more parents like you."

Others shared, "awesome dad," "great job," "something I would do, too!"

Commenter Peggy Smeltzer was among the few that expressed concern: "5 miles is a lot for a 10 year old let alone someone older in 36 degree weather I agree with you on not tolerating bullying but I think that’s too much."

Toledo ABC affiliate WTVG reports that the five-mile walk was broken up over the girl's three-day suspension and she finished the last two miles on Wednesday.

More: One third of middle- and high-schoolers were bullied last year, study shows

More: Melania Trump says she's one of the most bullied people in the world