A slice of pizza that could feed a whole row of fans will be on sale at Jaguars games. 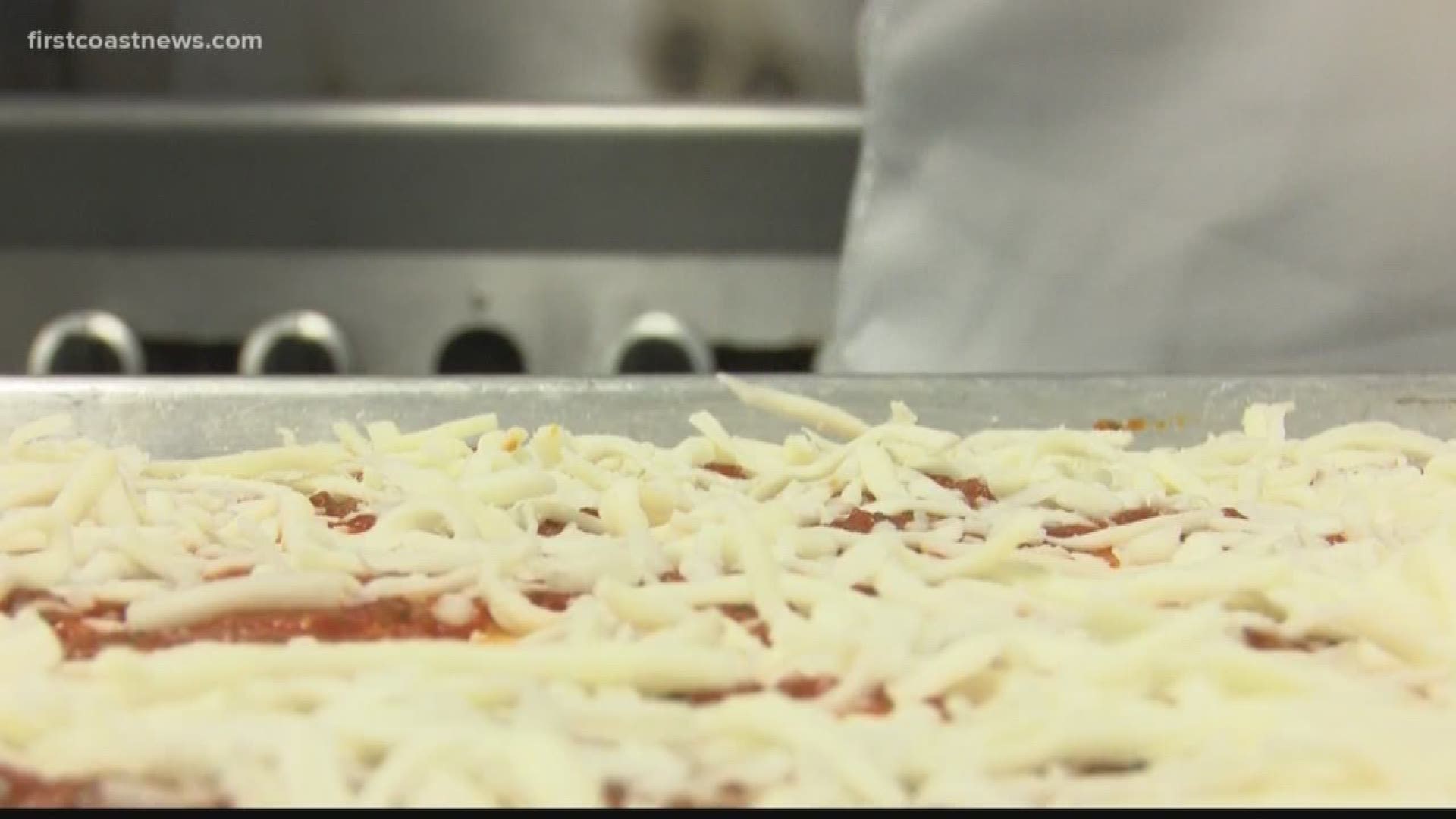 JACKSONVILLE, Fla. - Feeling a little hungry at the Jaguars game this season? Then you should check out the 'Monster Pizza.'

It's sold for $10 at stands across the stadium and comes in at 18-inches loaded with toppings.

“You probably never seen anything like this because it’s not easy to do and you need a pretty big appetite,” executive chef Sean Kinoshita said.

The industrial sized kitchen turns out anywhere from 300 to 400 pies at every game; That's roughly 2,000 slices. The chefs even worked to customize the box it is served in due to the massive size.

“We have a cheese pizza and a pepperoni pizza, and we’re also going to do a gameday pizza, which will reflect our opponents," Kinoshita said.

The New Orleans Saints specialty pizza, sold in club areas, features andouille sausage and is topped with a whole crawfish.

The Jaguars pre-season game against the Saints is Thursday at 7 p.m.