JACKSONVILLE, Fla. – Just a month a half into the new year, Mayor Lenny Curry said he's concerned about the city's pattern of violence. 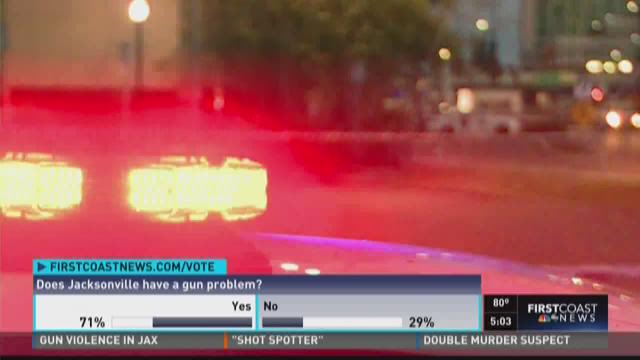 JACKSONVILLE, Fla. – Just a month a half into the new year, Mayor Lenny Curry said he's concerned about the city's pattern of violence.

According to the Florida Times-Union, 17 people have been shot and killed in Jacksonville this year. Two of those shootings rocked the city, after three teens were wounded and another was killed in the heart of downtown, raising questions about security.

In the wake of the violence, Mayor Curry announced new technology Wednesday that helps solve crimes by matching guns to crime scenes and criminals.

After it's fired from a gun, each bullet casing leaves behind an imprint, similar to a fingerprint. There's new technology that now helps quickly match that casing to the criminal.

Alongside the Sheriff, State Attorney and federal law enforcement, Curry announced his intent to pursue the technology and hoping to seek emergency funds from city council to pay for it.

"It's known as the Integrated Ballistic Identification System, or IBIS," said Curry. "This technology will allow our law enforcement to trace guns used in a crime to other crimes much more rapidly than it happens now, which will lead to getting bad guys off the street and prosecuted much quicker," he said.

State Attorney Melissa Nelson said giving this technology to the Jacksonville Sheriff's Office will dramatically cut down on the time spent connecting guns to offenders.

"Rather than months which we are experiencing now…we'll have results between 24 and 48 hours rather than 12 months or 18 months," said Nelson.

Sheriff Mike Williams said IBIS has proved helpful in a handful of other cities like Denver. The Mayor, State Attorney and Sheriff are planning a trip to Denver in April to see the technology first hand.

"I strongly believe in pursuing new technologies and this is one innovation that will really enhance our crime fighting ability here in the city," the Sheriff said.

Curry says he's seeking $250,000 for the technology. IBIS will be introduced to city council on February 28th.