The petition to bring in Navy salvage experts comes as new satellite images reveal the vast footprint of the recent oil spill. 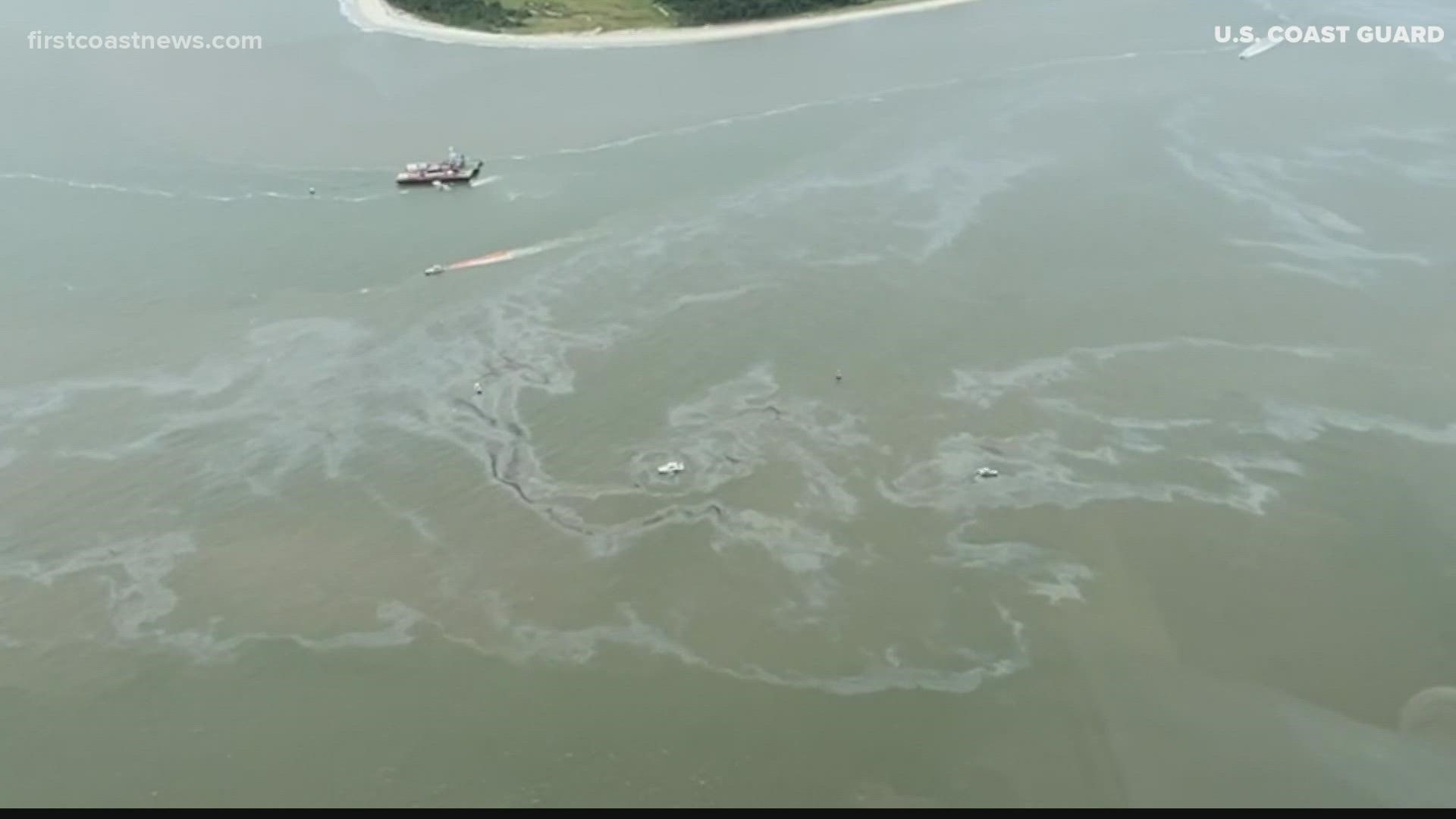 Images from SkyTruth, a conservation nonprofit, shows the ship salvage site in the middle of St. Simons Sound and plumes of oil as far as 15 kilometers away.

The source of the leak has been sealed off, but oil continues to blacken the coastline of Georgia’s famed Golden Isles. Some environmentalists say it’s time to call in the cavalry. A petition circulating asks the commander for the local Coast Guard district to seek assistance from the US Navy Salvage Division for the remainder of the cleanup.

“The Golden Ray salvage operation has been underway since the cargo ship capsized in St. Simons Sound nearly two years ago,” the 100 Miles petition says. “Since that time, the lack of leadership, transparency, and foresight by the members of the coalition overseeing the cleanup, known as the Unified Command, has only worsened its impact on our coast. Over the past few weeks, residents and tourists in the Golden Isles have watched with horror as our ocean, beaches, and marshes have been coated with oil.”

In order to “prevent additional damage to our coast,” the petition asks “Admiral Brendan McPherson, the Commander of the 7th District of the U.S. Coast Guard, to ask the U.S. Navy Salvage Division for their expertise and assistance.”

“At some point, somebody's got to take the bull by the horns.”

Capt. Andy Jones has been tracking the Golden Ray from the morning it capsized nearly two years ago.

He posts daily video updates of the salvage operation on his YouTube page, Minorcan Mullet. Most updates are informational, but lately, his frustration is clear.

“Y'all please get these guys some help,” he implored in a recent post. “You've got another section to cut. What are we waiting on? Are we going to wait for it to get that much worse” Come on Coast Guard? Come on state of Georgia. Protect us!”

The cleanup project has been plagued by delays, environmental problems and skyrocketing costs. The most recent leak began during the removal of the sixth of eight sections. The end is in sight, but Jones says intervention is needed.

RELATED: In harrowing account of the cargo vessel disaster, the ship's pilot describes a split-second event in which the unthinkable became reality.

“Don't just continually allow the ship to be raised, and the oil in it dumped into the water, and wait for a couple of tides to scatter it up and down the beach and maybe offshore,” said Jones. “That's what's going on here. Stop this!”

A U.S. Coast Guard spokesperson said despite the best efforts of the Unified Command overseeing the cleanup, it’s not possible to contain all the pollution. He also said in recent days they’ve had as many as 85 crew members working to collect the oil.

Jones says it’s not enough. The cleanup crews are working hard, but he says there simply aren’t enough to cope with the scale of the oil spill.

“They've got this monumental task that they've been given of trying to keep the water clear and clean. They can't do it. … Please listen to what we're saying.”