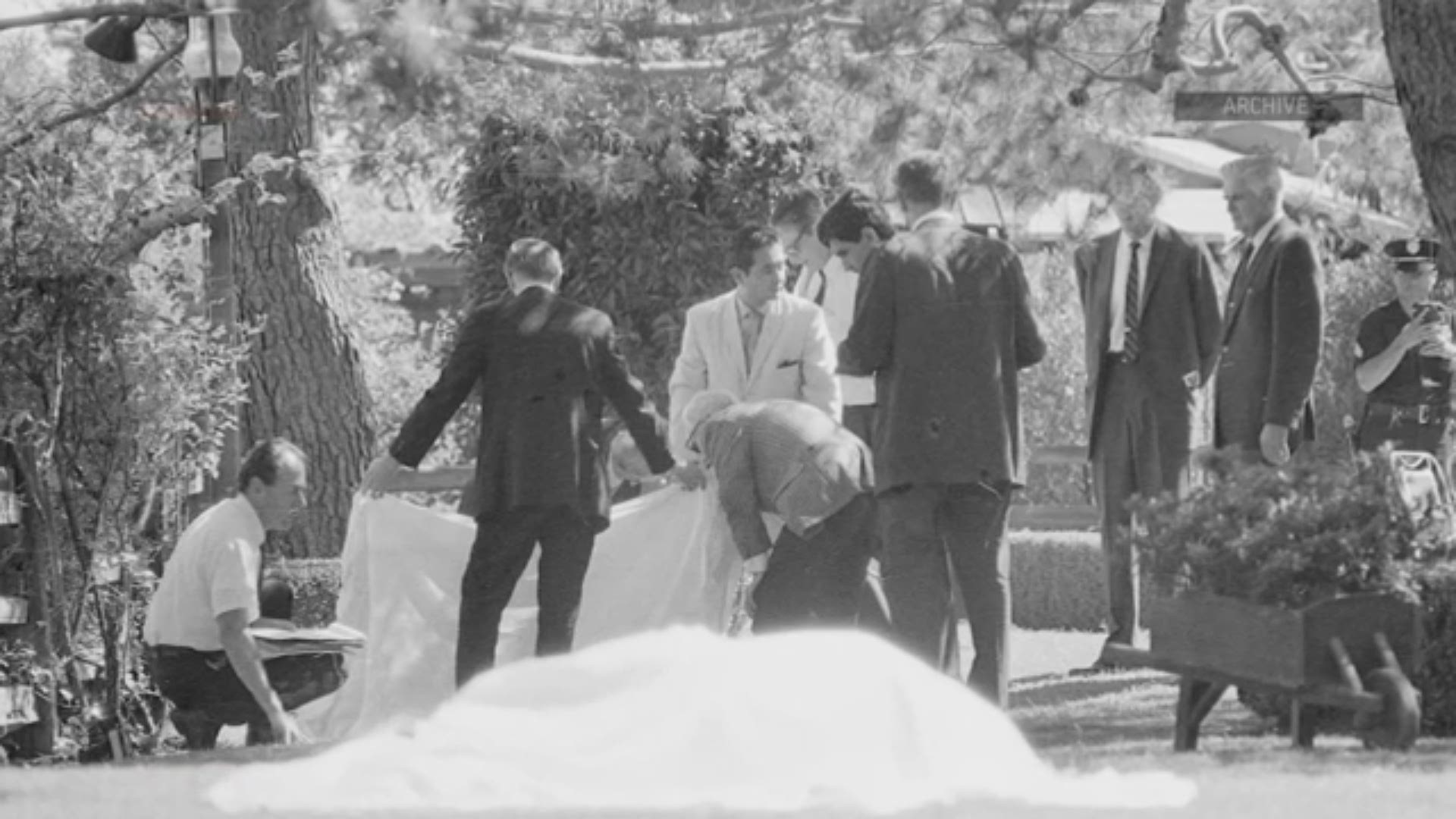 Over the next half-century, it would come to define his career and lead to death threats that to this day he worries a Manson sycophant might try to carry out.

"I don't dwell on it, but I'm careful. I always look around to see if I'm being followed or anything," the 76-year-old retired prosecutor said recently as he paused to discuss the case that punctured the peace, love and happiness movement that flowered in the late 1960s.

Kay helped lock up Manson family members but never really relinquished the case in his nearly 40 years in the Los Angeles County district attorney's office. He attended some 60 parole hearings over the years where he argued the killers should never be released.

"The crime was simply too heinous," Kay said.

It was 50 years ago this week that Manson, a small-time career criminal who had reinvented himself as a hippie guru, dispatched a band of disaffected young followers on a deadly weekend rampage that would terrorize Los Angeles and forever imprint on the American consciousness the image of the slight, steely-eyed cult leader as the face of evil.

On that first night, Aug. 8, 1969, Manson sent a handful of his young, mostly female followers to the palatial hilltop estate of actress Sharon Tate with orders to kill everyone there. The 26-year-old actress and four friends were bludgeoned, shot and stabbed scores of times, and their blood used to scrawl the words "Pigs" and "Helter Skelter" on the walls.

Tate, the wife of director Roman Polanski, was 8½ months pregnant, and her killers later testified that she pleaded in her last moments for her unborn baby's life. Others killed were coffee heiress Abigail Folger, celebrity hairstylist Jay Sebring and Wojciech Frykowski, an aspiring screenwriter and friend of Polanski, who was out of town.

On the way into the estate, the attackers crossed paths with 19-year-old Steven Parent, who was leaving after visiting an acquaintance who lived in the guesthouse. Parent was shot to death.

The next night, Manson himself led a handful of followers to the home of wealthy grocer Leno LaBianca and his wife, Rosemary, tying up the couple and leaving the others to butcher them with knives.

Authorities would say later that it was part of a plot Manson hatched to persuade gullible young followers to launch a race war that only he could hide them from. He'd gotten the premonition, they said, from a twisted interpretation of the Beatles song "Helter Skelter."

The killers went on trial the following year, and Kay joined the prosecution team two months later after the original lead prosecutor was dismissed and Vincent Bugliosi took over. Bugliosi's subsequent book "Helter Skelter" became one of the best-selling crime tales of all time.

Kay says the Manson trial was "definitely the most bizarre" case he ever tried, adding with understatement: "It was almost a circus."

The cult leader and his followers carved Xs into their foreheads to show their disdain for society. At one point, Manson leaped over the defense table with a pencil in hand and shouted at the judge that someone should cut off his head. At another, he grabbed a newspaper with a headline declaring President Richard Nixon had concluded he was guilty and held it up for the jury to see.

Outside the courthouse, Manson followers not implicated in the killings gathered daily to sing songs and even threaten to set themselves on fire. One day, two young female followers sneaked up alongside Kay in the courthouse parking lot.

"They said they were going to do to my house what was done at the Tate house," he said, adding both he and Bugliosi, who died in 2015, retained bodyguards throughout the trial.

Over the years, Manson, who died in 2017, would threaten Kay's life from behind bars.

When that trial was completed after nearly a year, Manson and three followers — Susan Atkins, Leslie Van Houten and Patricia Krenwinkel — were sentenced to death but later had their punishment reduced to life in prison. Atkins also died while serving her term, in 2009.

Another disciple, Charles "Tex" Watson, fled to his native Texas after the killings and fought extradition for nearly a year. When he returned, Bugliosi and Kay, now co-counsels, won his conviction.

Van Houten, whose attorney vanished during the first trial and was later found dead under mysterious circumstances, was granted a retrial in 1976. By then Bugliosi had left the Los Angeles County district attorney's office, and Kay was the sole lead prosecutor.

Credit: AP
FILE - In this Sept. 6, 2017 file photo Leslie Van Houten reacts after hearing she is eligible for parole during a hearing at the California Institution for Women in Corona, Calif. Charles Manson follower Van Houten is getting another chance at getting out of prison. Van Houten’s attorney will argue that she deserves to be paroled at a hearing before California’s 2nd District Court of Appeal in Los Angeles on Wednesday, April 24, 2019. The 69-year-old Van Houten is not expected in court herself. (Stan Lim/Los Angeles Daily News via AP, Pool, File)

After a hung jury, he won a conviction in 1978, and Van Houten returned to prison, where she has earned bachelor's and master's degrees in counseling and leads programs to rehabilitate fellow inmates. She was recommended for parole three times in recent years, but each time the governor blocked the recommendation.

"I admit that she's a model prisoner, and I commend her for that, and I think she should keep doing her good work in prison," Kay said. "But you know, the victims in this case were dead and buried in 1969. They don't get any parole."

Retired for several years now, Kay still keeps in touch with Sharon Tate's younger sister, Debra, having grown close to the family during the trials and numerous parole hearings.

Meanwhile, new books and films about Manson seem to come out every year, but Kay says people shouldn't expect one from him.

"It would be nice if it would just go away," he said of the public's continuing fascination with Manson.

"But," he quickly added, "it's the case that never goes away."