No customers were inside the bank at the time of the incident and there were no injuries. 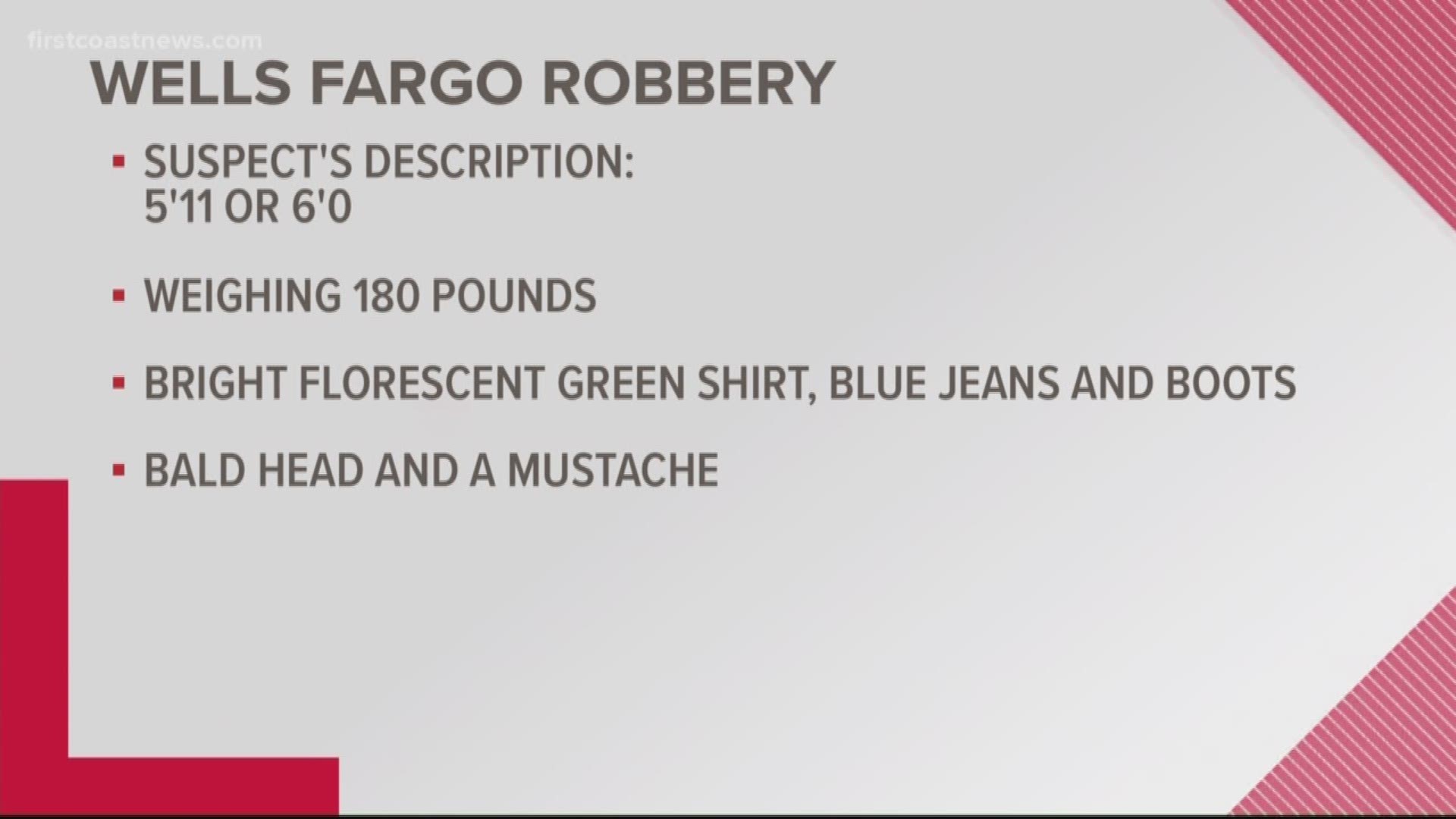 A manhunt is underway Friday morning after police say someone walked into a San Marco bank, demanded money from the teller then walked out.

The Jacksonville Sheriff's Office says the incident happened at the Wells Fargo located at 1562 Atlantic Boulevard while five employees were inside.

According to police, the man walked into the bank and slipped a note to the clerk demanding money. The clerk gave him the money and pressed the panic button as soon as he left the property. JSO says police were able to respond to the scene in minutes.

No customers were inside the bank at the time of the incident and there were no injuries. Police also say that the man didn't flash a weapon during the crime or indicate that he had one.

Police say that the man is black, 5'11 to 6'0 tall, with a bald head and a mustache. He may be wearing a bright green or yellow fluorescent shirt.

Police are looking at surveillance footage from nearby buildings. JSO says the man was captured on camera walking into the bank and they hope to release those photos shortly.

At this time we do not know how much money was taken.