CAMDEN COUNTY, Ga. -- One man is taking Camden County to court after he says he was fired one day after disclosing a disability. Before he was terminated in January of 2015 he worked for the Camden County’s 4-H Youth Development Program. 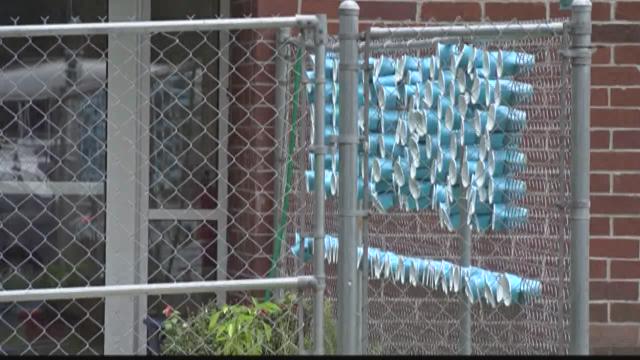 CAMDEN COUNTY, Ga. - One man is taking Camden County to court after he says he was fired one day after disclosing a disability. Before he was terminated in January of 2015, he worked for the Camden County’s 4-H Youth Development Program.

In his lawsuit, Robert Castleberry says he asked for simple accommodations so he could focus on his work and get away from noises inside the building or from the playground next door. But, he says they would not make that happen for him and instead let him go.

"The way the offices were set up at one part of the building, the walls were literally paper thin, you hear every conversation, every tap of keys," Castleberry said.

Castleberry says his “disorder” lost him the job he loved; a disorder he says they asked him to disclose after telling him he must see one of their doctors to get a diagnosis.

He says it didn’t stop him from thriving in the 4-H program.

The staff evaluations for Castleberry show that he was a respected instructor. These evaluations were released the same month he was fired in 2015:

“Engages students and holds their attention so they effectively receive information about 4H.”

“I think Robert does a fabulous job with the kids. He is always well prepared and the students love 4H days. He is full of enthusiasm for 4H and this is evident to the students.”

“Mr. Castleberry interacts well with the students. He keeps their attention and makes 4H meetings enjoyable for them. They want to do their best when he is here. Mr. Castleberry comes prepared to conduct the meeting.”

"To have something like this occur, to have this perfect job, I could see myself actually continue on, it was just taken from me just because I wanted some accommodations, just because I’m different."

According to the lawsuit filed in September of 2015, he says they denied his requests for accommodations like noise cancelling headphones, which he wore during our interview to block out distracting noises, and being moved to the back room.

First Coast News drove to Woodbine, Georgia to speak with Castleberry’s supervisor. She declined our request for an on camera interview. She also declined to give a statement.

As for Castleberry, he’s on the hunt for a job so he can regain health insurance.

He and his attorney say they are on a path to find justice.

He deposed two of Castelberry’s supervisor’s on Wednesday. He says it's just the beginning of the case.

First Coast News also reached out to Castleberry's other supervisor who sent him the official termination email, but she has not yet responded. This is a developing story.