ST. AUGUSTINE, Fla. -- A St. Augustine news outlet is on the hot seat after an email that many are calling racist. 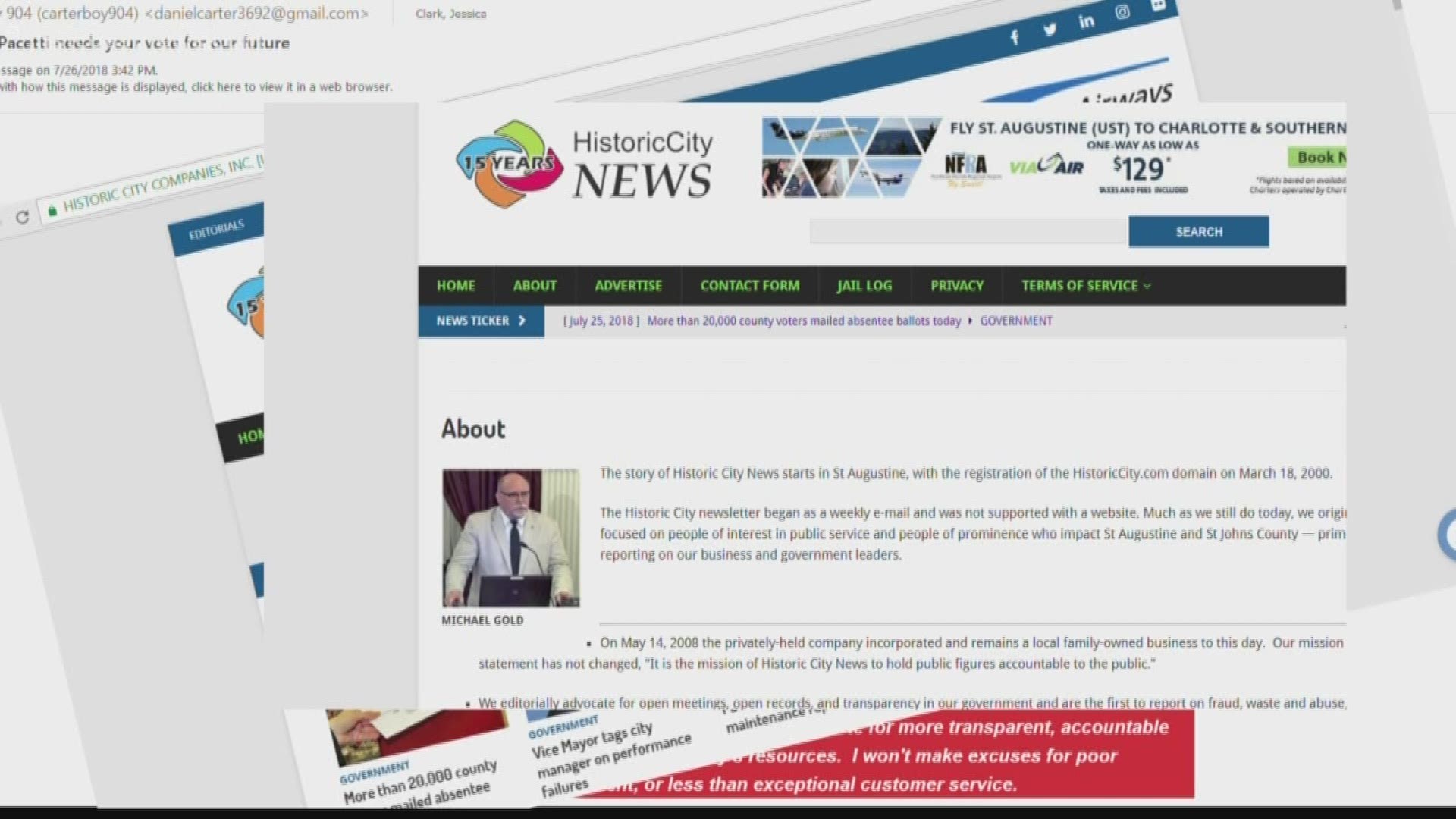 ST. AUGUSTINE, Fla. -- A St. Augustine news outlet is on the hot seat after an email that many are calling racist.

Gold used the words “colored people” to describe black people, and accused Daniel Carter – who is African-American -- of being “lazy and shiftless” and “niggardly.”

Carter said he first received an email from Historic City News, asking him to support a candidate for City Commission.

He had not heard of the candidate, but he had heard of Historic City News, a news website that Carter believes is racist.

"The editor, Michael Gold is not someone I want to be associated with," Carter said. "And I called him out on his racist organization."

Carter sent an email back to Historic City News saying, "Take me off of your mail list. Don't even know how I got added. I will never support a racist, piece of ***** news organization, not ANY candidate you endorse."

Then Carter said he received an email from Gold which he felt was derogatory.

The word niggardly, which means cheap or miserly, is not itself a racial slur. But it is rarely used in modern conversation because of its resemblance to one.

He said, "I looked up the work niggardly and I understand the definition of niggardly. It means stingy. But that's never what I've known the word niggardly to be used as. It's always been a word that's been derogatory to black and brown people. "

Carter is a 21-year-old college student, studying to be a teacher.

Carter is calling on Gold to resign and demanded candidates cut ties with the online publication.

“It is pretty clear where this ‘news organization’ stands,” he wrote in a Facebook post. “My own personal views, but he proved me right. I think.”

He added, “I’m a black resident of St. Augustine, born and raised for 21 years. I’ve dealt with racism and I understand enough to know that Michael Gold is set in his ways and it’s too late to change his mind about how he views minorities and people of color, but as a registered voter, resident, and a person who spends money within the city of St. Augustine, I NEED to know publicly that anyone wanting to represent me or ask for my vote, or money does not condone this type of behavior.

Carter told First Coast News, "I was traumatized by his response to me as a black man."

First Coast News tried to contact Gold in different ways Thursday, but did not hear from him by air-time.