The meeting was meant to open the floor for discussion of the proposed development, but it quickly went off the rails. 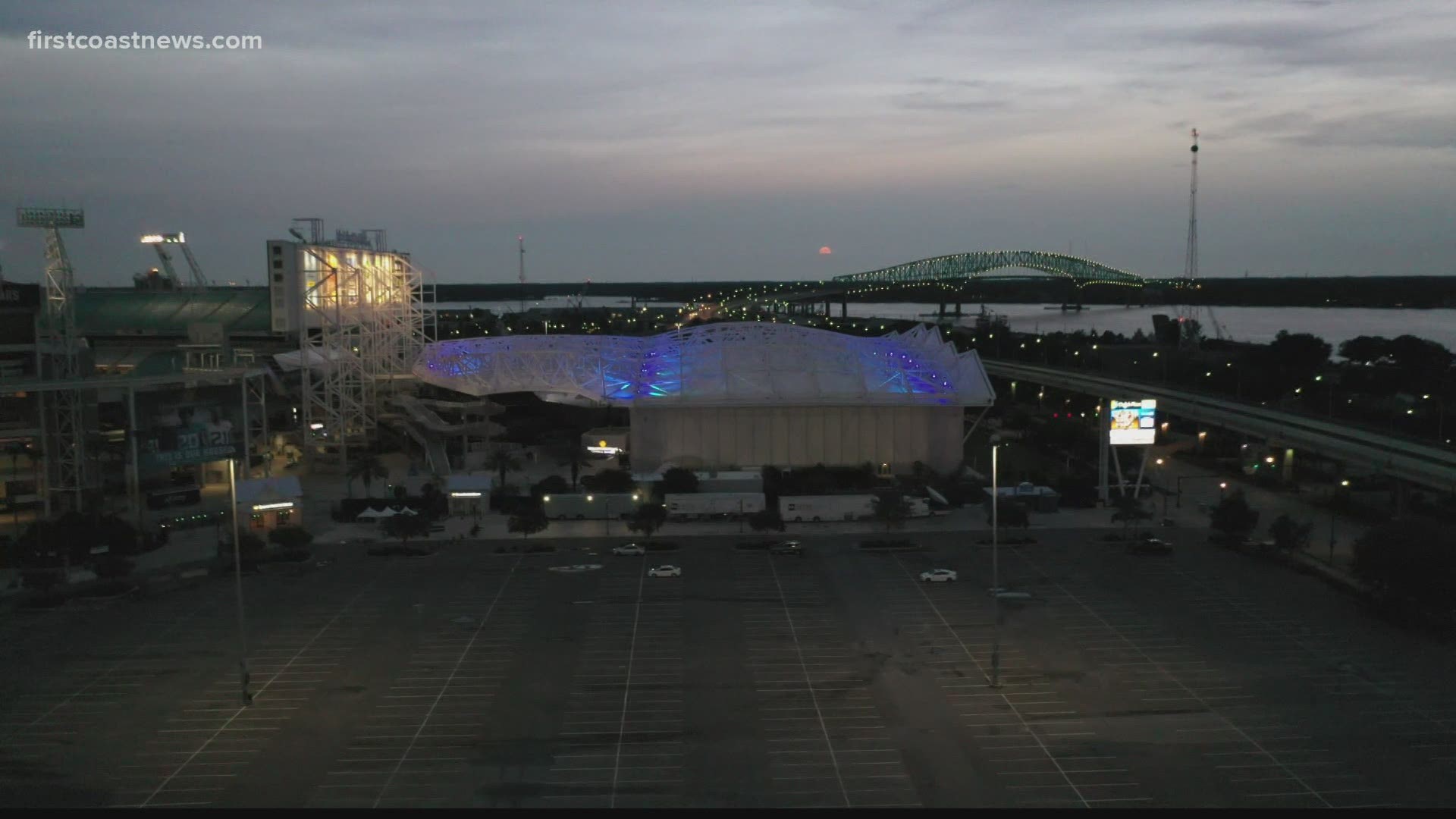 JACKSONVILLE, Fla. — A meeting of Jacksonville City Council to discuss the proposed mixed-use development at Lot J became a slugfest Thursday evening with councilmembers going after each other and a heated back-and-forth between the council president and the mayor's office.

Ordinance 2020-0648, if passed, would be a massive public-private development that could see taxpayers funding more than $200 million in subsidies for Jaguars owner Shad Khan's entertainment, living and shopping complex at Lot J.

Since the deal was announced in early October, which was crafted between Mayor Lenny Curry's office, the Jaguars and Khan's development team, a number of snags have drawn criticism from councilmembers.

"Who negotiated this contract from the outset?" Hazouri asked Hughes.

Another point of concern on the part of Hazouri and several other councilmembers was the current status of the deal.

"Through conversations I've had in the last 24 hours, it's my understanding that there are changes to the development agreement itself taking place as we speak," said Councilman Danny Becton.

John Sawyer, an attorney with the city's Office of General Counsel, acknowledged the administration and development team were working on language refinement changes to the agreement.

During the last council meeting, the council asked Taylor to approach the development team and administration with a laundry list of questions about the deal.

The document with questions and responses from Khan's team and Curry's office can be viewed below.

In the document, the development team acknowledges an expected 33 months of needed remediation before permitting.

Considering remediation, permitting and construction, it could be more than seven years before the ribbon is cut at Lot J, much longer than the possible three-year time frame hinted at by Jags President Mark Lamping at the announcement in early October.

Meanwhile, as Thursday's council meeting went on, the effort to get the deal before DIA took the meeting off the rails.

Councilwoman LeAnna Cumber proposed an amendment, which she said she worked on with DIA CEO Lori Boyer as council's DIA liaison, to put the bill as it stood in front of DIA for review and ask for a recommendation on whether to approve, approve with conditions or deny.

After Cumber introduced the amendment, Hazouri asked Hughes why the administration bypassed the DIA in negotiating the deal. Hughes said because the city is already in a lease agreement with the Jags for Lot J.

Hazouri said he felt the "spirit" of the DIA had been violated by the agency not being brought into the negotiating process.

But a debate over how to send the deal to DIA, which lasted well over an hour, ensued as councilmembers questioned whether the council had the standing to vote on Cumber's amendment with the deal not finalized.

"If we amend this bill, we have to as a council vote on the amendment, and then we have to turn around and vote on the bill as amended," Becton said.

Peggy Sidman, an attorney with OGC, said Cumber's amendment would put the legislation as it stands in front of DIA for review, keeping the bill alive in council but deferring it until a review from DIA is returned.

Sidman said Carlucci's substitute bill would remove approval of contracts and waivers and ask the DIA to bring a full report and legislation back to council as a new bill, adding more time onto the timeline but allowing a more thorough process.

"In order for an amendment to stick to a bill, we have to basically approve the bill," said Councilman Garrett Dennis. "If we pass the bill, after tonight it would be in effect."

"I think we need to do away with the waivers, send everything back to DIA and let DIA tell us what waivers should be in the bill if they're really going to evaluate this project," he added.

"Per Ms. Cumber's bill, how can that bill come back to us and let us vote a second time on that bill?" Becton asked. "I'd almost plead to the bill's sponsor, for the sake of simplicity, could this not have been a resolution?"

Sidman said Dennis and Becton were right in their interpretation of council rules on amendments, but that Cumber's amendment was structured to allow DIA to begin a review without the full bill being passed.

"The substitute being offered by Councilmember Carlucci is: send it all back to DIA, nothing passes, DIA do your work," she added.

But as Hazouri moved to allow Carlucci to join in on the discussion and compare his substitute, Councilman Aaron Bowman interrupted.

"We need to dispose of the amendment from Ms. Cumber before we can discuss the substitute," Bowman said.

"Your point's not taken," Hazouri responded.

"So you've got the power to override our council rules is what you're telling me, Mr. President," Bowman said, raising his voice.

"I'm not going to sit here and debate you, I'm tired of debating," said Hazouri.

"This is not a debate, this is how we operate!" Bowman exclaimed.

"I don't need to hear you yelling," Hazouri said. "[Carlucci] is on the amendment, and I'm asking him to explain what the difference is.."

Bowman cut him off, saying, "You are unprepared for this job, thank you."

Carlucci, when he was able to speak, told the council Cumber's amendment doesn't go far enough, and that his substitute would send Curry's proposal to the DIA which would start a thorough review.

At one point Lamping was brought into the discussion, seemingly frustrated by the debate and expressing displeasure.

But the entire debate was rendered moot after Becton stood up to announce he had been informed by a member of Curry's office that a DIA review was being initiated as they spoke.

Perhaps the most contentious point of the night came toward the end of the meeting after Hazouri responded to a councilmember expressing frustration at the lack of progress made by calling out the administration.

"I had hoped that Ms. Taylor would have had responses, and I blame it on the administration," he said to Councilman Al Ferraro. "Two and a half weeks ago we met, our council auditor submitted questions, she got lackluster answers. She had nothing to offer because she didn't have answers from the administration."

Hughes approached the podium to respond.

"You just disparaged my team, my staff and my mayor," he said. "I'll just take a minute to tell you your characterizations are wrong sir."

"I'm not giving you a characterization," Hazouri responded.

"Yes sir, you said things that are not correct," Hughes said. "Ask a question and I'll answer it."

"My opinion is my opinion, and I know what I've seen and heard over the past couple weeks," Hazouri responded as Hughes walked away. "And I look to the council auditor to give us answers, and she has no answers."

It's unclear still what the scope of DIA's review will include and how it could impact the timeline of the Lot J development.

Stay with First Coast News as this story continues to develop.

On Your Side's David Jones can be reached at DJones@firstcoastnews.com