One of the world records she holds is the Guinness World Record for most bounce juggles with both three and four balls in a minute. 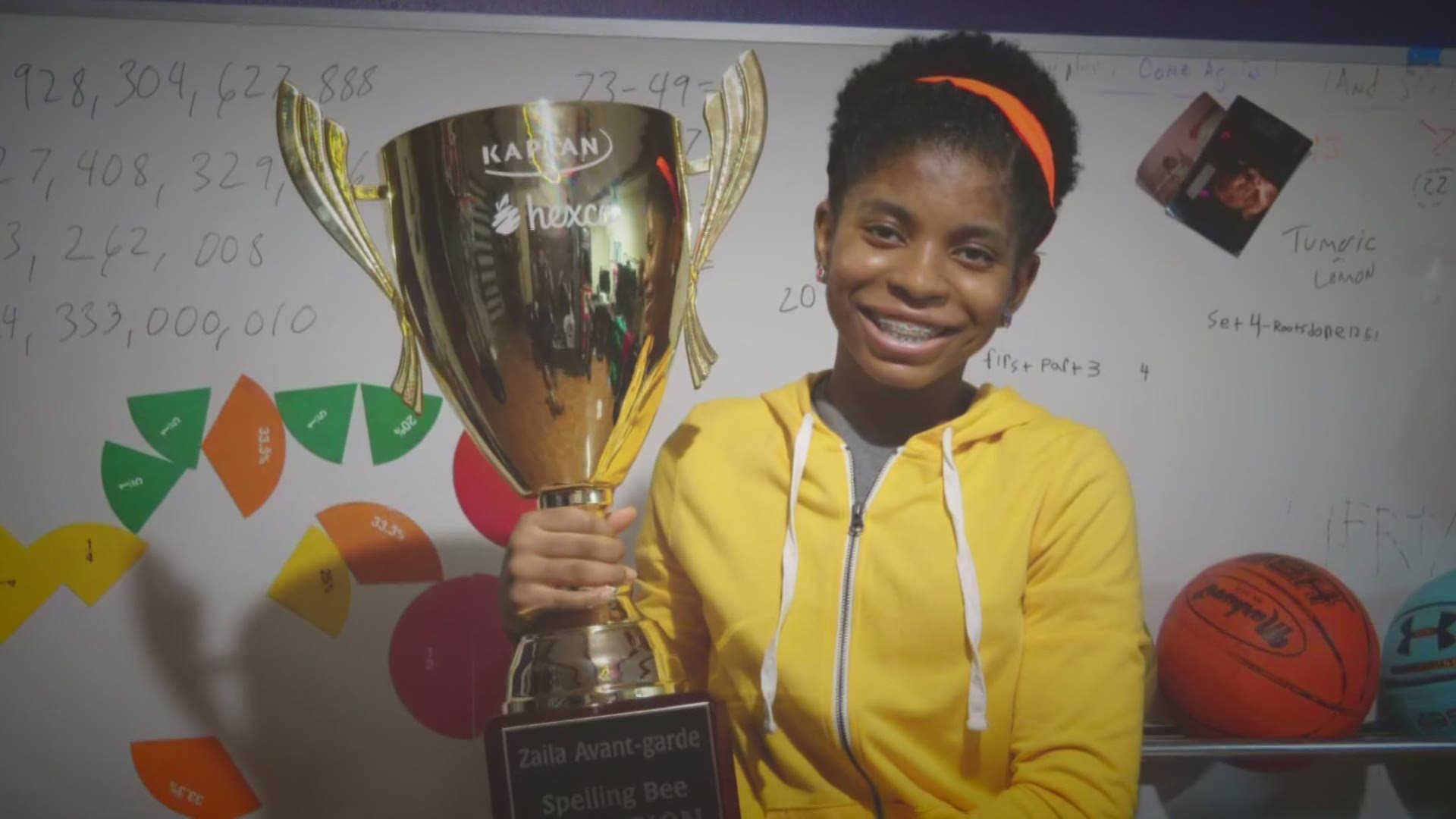 The article states that when she was just three, Zaila's father, Jawara Spacetime, changed her name to Avant-garde meaning innovative or cutting edge.

Now at the age of 14, she has exceeded her name with her many talents and awards both athletically and academically.

She started playing basketball at the age of 5 committing to the sport by doing drills for hours a day and practicing ballhandling by dribbling three basketballs at one time. As time went on she added more to the three, according to the article.

She also juggles sometimes while riding a unicycle.

The homeschooled ninth grader is also a beast on the court.

“I love to pass and give assists because I love to get my other teammates involved and just make them happy and make their days go better,” she says, before adding: “And, uh, I also like to score. Don’t mess with me because if you make me angry, I am definitely scoring on you the next time down.”

In the spelling world, Zaila says she sees the quizzing and preparation as a celebration of words.

“Words are fun,” she says. “There are stories behind these words that make them super fun. It takes a lot of work [to be successful], but it’s really fun work.”

She has been competing since 2019 but has been learning words longer than that. As she would read a book and question about words in the story. She said as she would look them up, one word's meaning would lead to another word and another meaning.

That studying paid off as she became the first African-American contestant to win since 1998.

“It’s kind of bittersweet for me,” Zaila says. “I’m super happy to be the first African-American girl to win. But also it’s like, this should not be happening. I should not be the only one doing it.”

Click here to read more about her accomplishments, journey and goals.