The Orange Crush Festival is planned to happen in Jacksonville Beach on June 18-20, according to multiple social media posts. 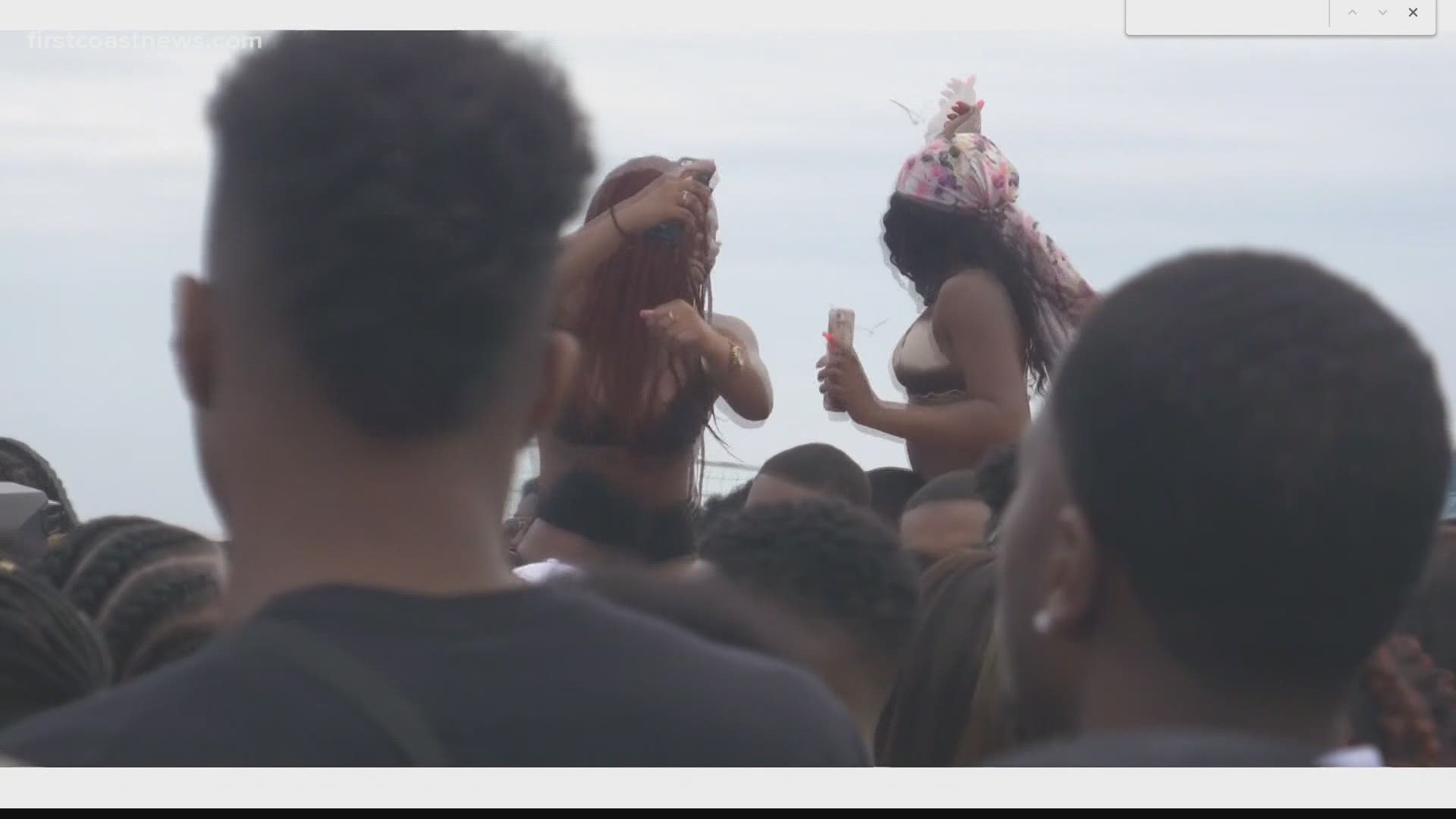 JACKSONVILLE BEACH, Fla. — A Youtube video published in 2012 resurfaced in a Facebook Group on Monday, causing concerns over a controversial beach festival planned to occur locally in June.

The Orange Crush Festival is planned to happen in Jacksonville Beach on June 18-20, according to multiple social media posts.

It has been hosted on Tybee Island beach near Savannah for years, but organizers say they relocated due to "civil rights violations and political injustices."

The Youtube video claims to show the aftermath of Orange Crush Party of 2012 and shows the beach strewn with plastic bottles, bags and other litter.

"Whoever you are, and wherever you go..please have fun and take your trash with you when you leave," wrote Youtube user tonygrg.

The video, called 'Welcome to Orange Crush' has close to 600,000 views and sparked conversation in the Jacksonville Beach Facebook Group.

"Could get ugly. This is disgusting," wrote Pete Bryant.

"Looks to me like Orange Crush doesn't think they need any permits," commented Debbie Barnard. "They can, and will, just show up where they want, when they want. Normal Sundays at the beach are busy enough without this additional onslaught. Good luck finding parking"

Chris Hoffman, mayor of Jacksonville Beach, told our news partners at the Florida Times-Union on Tuesday that no permits have been issued for the festival, but there is nothing to stop anyone from putting on an event on the beach as long as no admission fee is charged and all laws and regulations are followed.

The SeaWalk Pavilion and Latham Plaza, the city-owned beachfront amphitheater and plaza commonly used for festivals, is booked for a Summer Art Market on the weekend of Orange Crush.