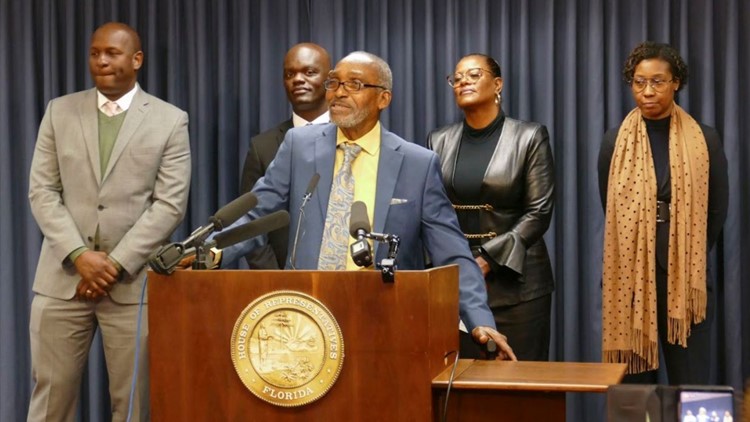 Photo by: picture courtesy of the Innocence Project of Florida
Clifford Williams speaks in Tallahassee

JACKSONVILLE, Fla. — A man wrongfully convicted of murder in 1976 headed Tallahassee Wednesday in hopes of being compensated for his 43 years behind bars.

Last March, Clifford Williams and his nephew Nathan Myers were released from prison after the local State Attorney’s Office determined they were actually innocent of the crime.

Florida law allows the wrongfully convicted to get $50,000 for every year they were incarcerated, up to a maximum of $2.5 million.

But it excludes people like Williams, who have prior convictions. Under state law, he gets nothing for his four decades in prison.

A new claims bill before the Florida Legislature would change that, giving Williams $2.5 million for the time he spent locked up.

“I want to apologize on behalf of the state of Florida. We can never give back your time,” he said, adding he hoped the money would provide a measure of comfort in the septuagenarian’s later years.

A separate bill would remove the so-called “clean hands” rule that bars compensation for wrongfully incarcerated people with prior felony convictions.