The owner is responsible for its removal, but that has not happened 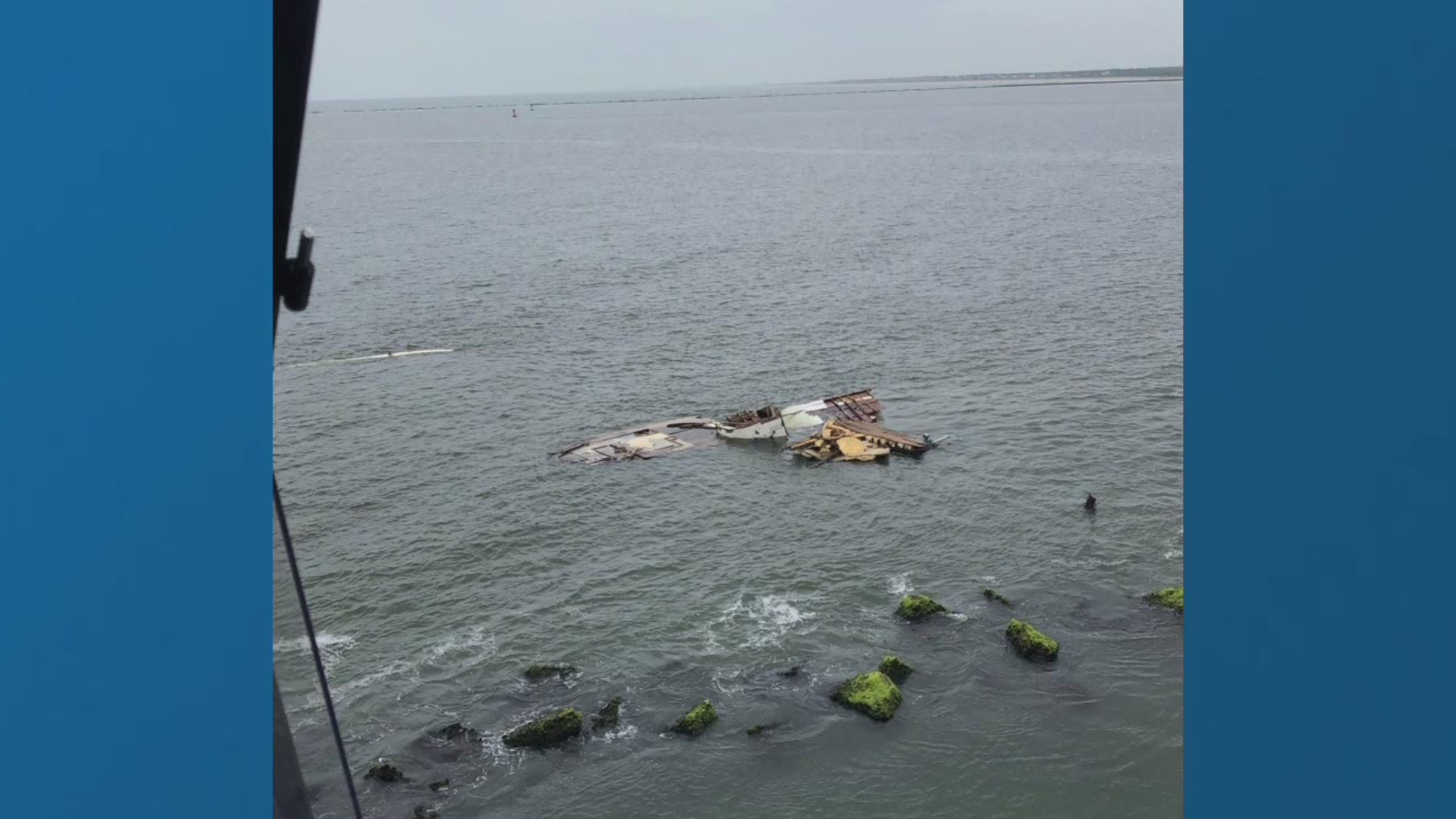 "I got contacted by Florida Fish and Wildlife to see if we could go out and take some pictures," Cary Cosgrove said.

Cosgrove is a pilot, and this weekend he was tasked to document the Catherine Lane shrimp boat.

On June 9, the boat crashed onto the jetties near Cumberland Island on the northside of the St. Marys Inlet.

RELATED: 'Best catch of the day': 3 rescued from shrimp boat after running aground in Amelia Island

Three people on board were rescued safely.

That's because in the ten days since the boat crashed, it had broken apart into many pieces.

"The hull is a couple hundred feet off the rocks," Cosgrove said.  "The remnants from the rest of the boat were scattered all over the place."

According to government agencies, the boat's owner is responsible for removal. First Coast News called the owner in Clearwater and left messages.

The Georgia Department of Natural Resources (DNR) report indicates the owner has been hard to get in touch with.

First Coast News also reached out to several federal and state government agencies to see what happens next. There were few answers.

A representative from the Georgia DNR said the owner was instructed to remove the vessel the day after it crashed. Obviously, that did not happen.

While the U.S. Coast Guard helped remove more than 1700 gallons of fuel onboard, a biologist tells First Coast News they are still concerned the debris will harm sea turtles coming to nest the beach. Also, if the nets were not removed, they can trap wildlife.

The National Park Service superintendent at Cumberland Island National Seashore told First Coast News debris from the boat is washing up on the coastline and his crews are having to remove it.

Another woman who was on a Sea-Doo this weekend said she saw debris floating near the inlet and grabbed what she could.

"They’re waiting on each other to act, trying to figure out whose responsibility this is," Cosgrove said. "And it’s a little frustrating because as a citizen, someone just needs to step up and get on it. Take care of it!"