What happened on Jan. 25th, 2005 is forever etched in the mind of retired U.S. Army Specialist James Smith. 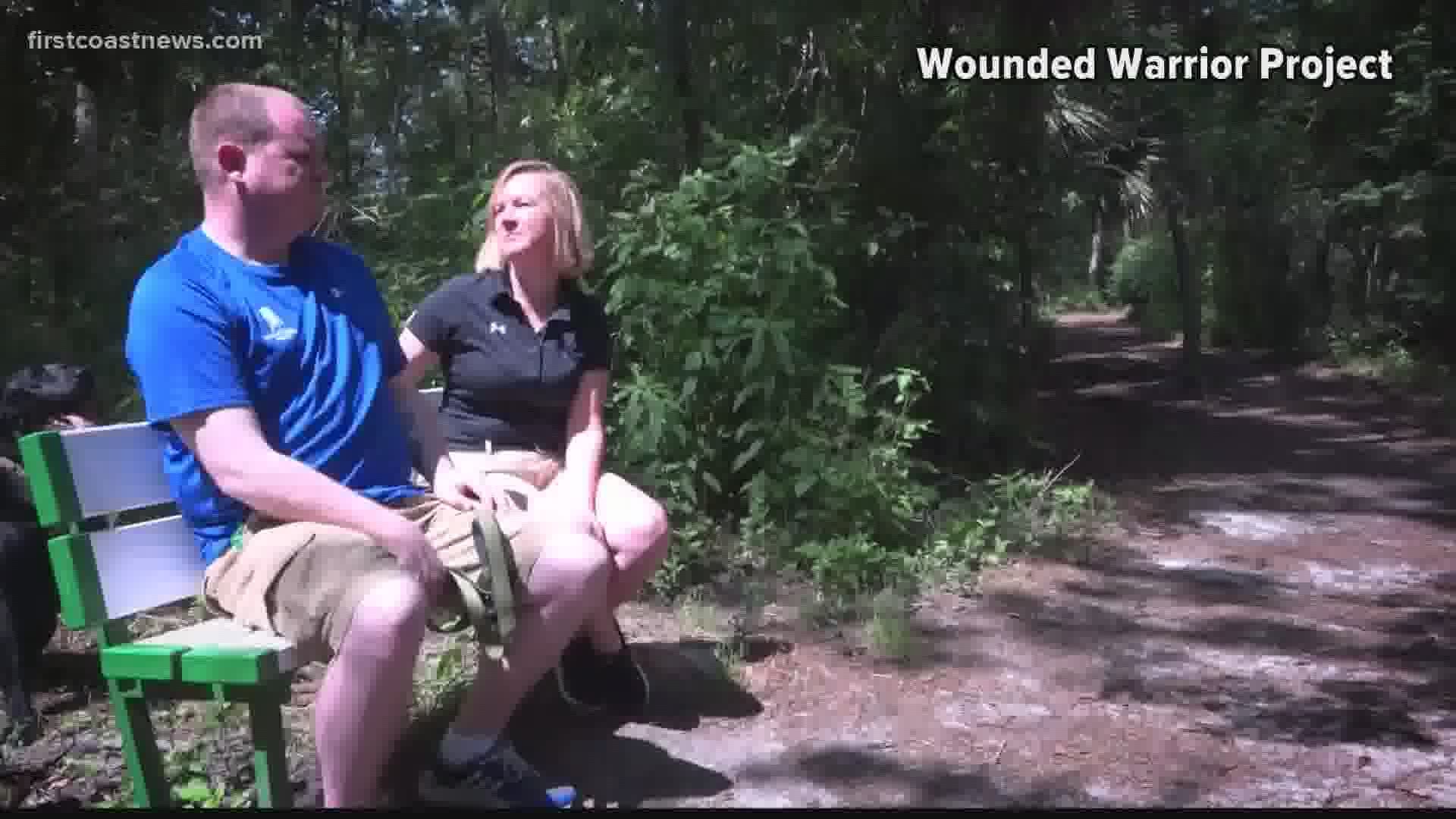 JACKSONVILLE, Fla. — Millions of Americans will enjoy a relaxing break on Labor Day, but for many people caring for wounded veterans, it's hard to get a day off.

The Wounded Warriors Project announced a $7.25 million initiative to support those caregivers through the organization's Independence Program.

One of those people taking advantage of the program is Jennifer Smith Mackinday, who cares for her brother in her St. Johns County home.

“James served with the Deuce Four Army Stryker Brigade," Smith Mackinday said. "It was deployed to Mosul, Iraq in 2004.”

What happened on Jan. 25th, 2005 is forever etched in the mind of retired U.S. Army Specialist James Smith.

“He drove over an improvised explosive device while they were on a combat mission," said Smith Mackinday, James' sister.

The IED exploded and caused injuries James continues to live with 15 years later.

“He suffered a traumatic brain injury, damage to his spine, his hearing, his vision, he has problems with his mobility and he also has post-traumatic stress," Smith Mackinday said.

Even a task as simple as sorting and preparing pills consumes the days of Smith Mackinday. She's learned to care for his physical and mental wounds after his 20th surgery.

“The bomb that blew up my brother really blew up my life as well," Smith Mackinday said.

About 700 caregivers like her will get ongoing financial help and services, including in-home care, support, and therapy, through the Wounded Warriors Program initiative.

“The support these amazing people provide to their loved ones is really what prevents in many cases the institutionalization of these severely wounded veterans," said retired Lt. Gen. Mike Linnington, the CEO of the Wounded Warriors Program.

“It truly matters that we support caregivers and give them not only a voice but give them time to take care of themselves," Smith Mackinday said.

Now she will have more time to take care of herself and build positive memories with her brother as they heal together in body and spirit.

Jennifer Smith Mackinday cares for her brother, retired @USArmy Specialist James Smith. He has injuries after an IED exploded during #OperationIraqiFreedom. I'll have details on how a $7 million @wwp initiative is helping Jennifer & hundreds of other caregivers tonight on @FCN2go pic.twitter.com/WMOZ9zlr7C