A Greek Orthodox church sits on the edge of the warehouse property line. They've seen two massive fires dance outside their more than 50-year-old church. 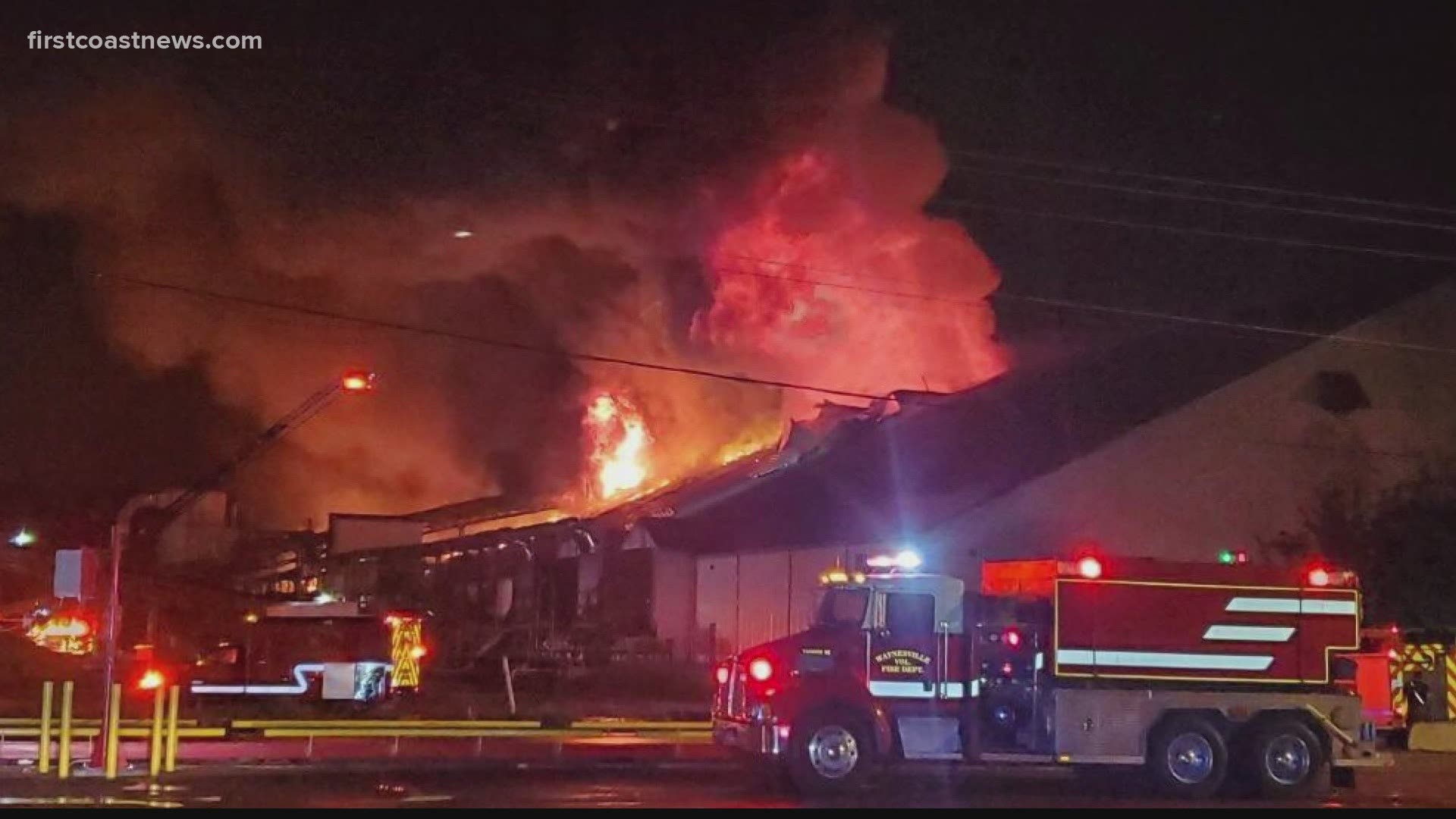 BRUNSWICK, Ga. — A warehouse full of wood pellets caught fire for the second time since 2015 in Brunswick Sunday night.

Once again, the firefighters were able to contain the fire, and the neighborhood that sits across the street was untouched by the flames.

A 54-year-old church sits on the same side of the road as the warehouse. The caretaker of the church said this fire, which Glynn County EMA said began around 8 p.m. on Sunday, was not as severe as the 2015 fire.

“(That's) because the warehouse was made out of wood (in 2015)," said Amy Pavlou. "They rebuilt it out of metal and as you can see, we don’t have nearly the fire behind us and I think it is much well better contained.”

Pavlou described taking all of their icons and rushing out of the church back in 2015. This time, she got to the church after the fire had already been contained, and she gardened as the smoke blew around the area.

Brunswick Fire Department said the fire started after an explosion. The warehouse is located on the port in Brunswick, which is also of importance to Pavlou.

Her church is Greek Othodox. She said the building is located where it is because when the Greeks arrived to this area, they worked at the port and wanted their church to be close to their jobs. She said the Greeks saw the proximity as a blessing.

NEW VIDEO: @FCN2go drone captured just how extensive the damage is from the warehouse fire in Brunswick, GA. pic.twitter.com/NKWrjfdOGo

“Me with a young family and my friends who have been maintaining this church for several years are so grateful to have this little structure here, so we’d be devastated if something happened to it," Pavlou said.

She said the church did not have any damage.

Neighbors were walking outside early in the morning Monday to get a peek of the fire that raged on overnight. The flames subsided around 6:30 a.m., but the smoke remained strong in the area.

“It’s a little concerning," said Laurie Lohne, who lives nearby. "The smoke inhalation isn’t good. I’m concerned about my neighbors on either side of it.”

The post reads: "We wanted to thank all of the agencies that responded last night to the Fire. We are currently still in operational mode so please be cautious when traveling around the south end of the City of Brunswick. We have over 100 responding Firefighters and police personal in a coordinated effort last night. We were successful in containing the fire and protecting the neighboring community. There is a lot of work to be done, but it’s important to take the time to say thank you to everyone that came together to become one team in protecting our community."