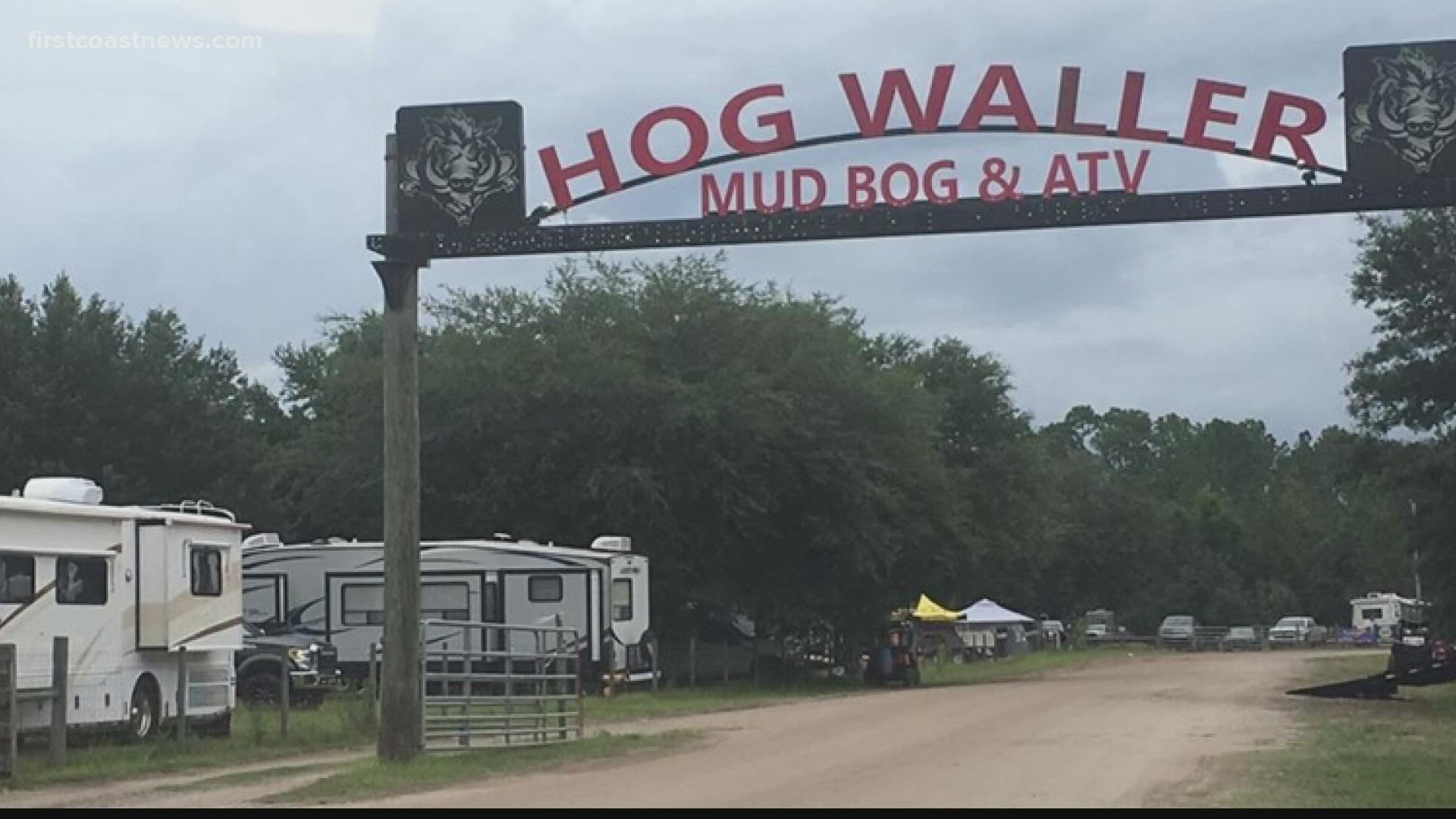 JACKSONVILLE, Fla. — Three people were injured after an ATV incident at the Hog Waller Mud Bog in Palatka Saturday afternoon, including one woman who had to be life-flighted, according to the Florida Highway Patrol.

A crash report says that an ATV was traveling along a dirt trail at the Hog Waller Mud Bog around 1:30 p.m. when the driver attempted to make an abrupt U-turn to the left.

FHP says the ATV was traveling at an unsafe speed for the turn, resulting in it overturning onto its passenger side.

The rear passenger, a 27-year-old woman, was not restrained and was partially ejected, says FHP.

She was taken by helicopter to a hospital with serious injuries.

The front seat passenger, a 65-year-old man, and the driver, a 33-year-old man, was transported by ground to the hospital with minor injuries.