Lake City police are searching for a woman with connections to Jacksonville who was last seen in October. 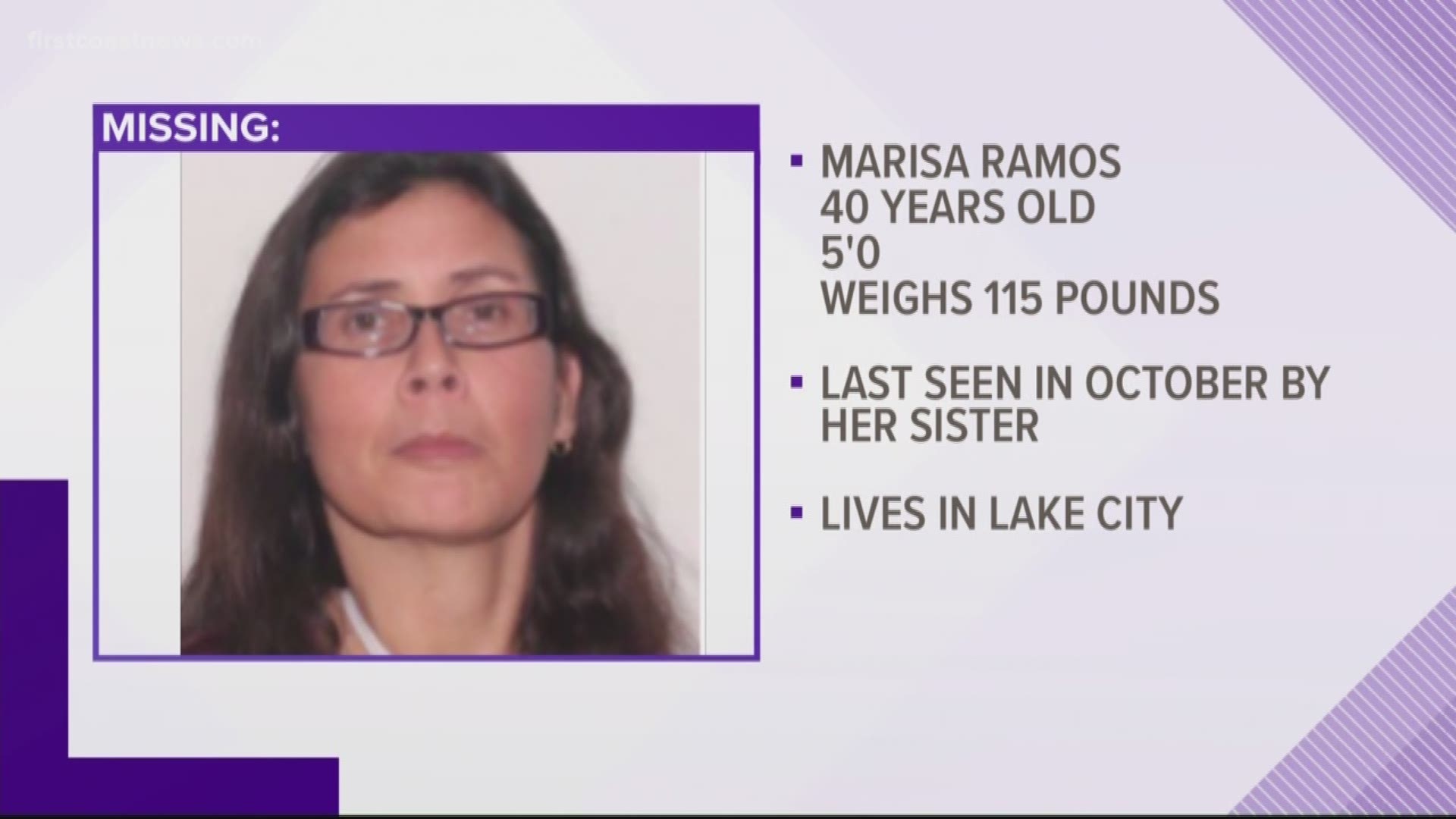 LAKE CITY, Fla. — The Lake City Police Department is searching for a missing woman who was last seen sometime in October.

Marisa D. Ramos, 40, was reported missing by her sister, who lives in Jacksonville. Ramos has a physical disability but is of sound mind, according to her sister.

Ramos is 5 feet tall and weighs 115 pounds. She has black hair and brown eyes, according to police.