Woman facing eviction due to breed of emotional support animal

The dog has helped his owner deal with PTSD from domestic violence, chronic depression, and the deaths of two daughters. 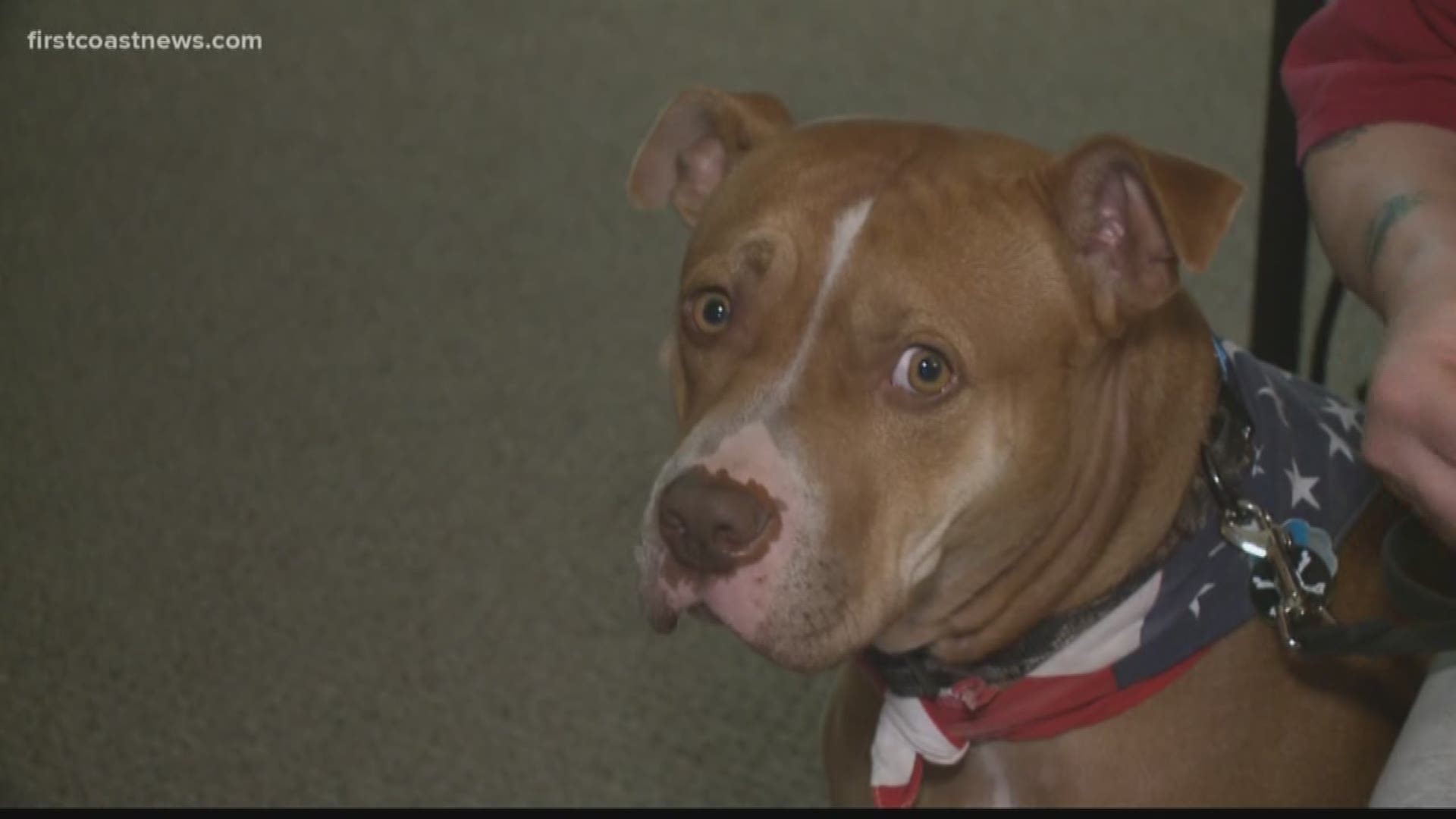 An Orange Park woman is fearing she may be evicted from her home because of her emotional support dog.

Martha Hodges says she and her dog Bruno have been together for two years—but her landlord’s insurance policy might prevent her from living in the home.

Last week, Hodges’ landlord got a complaint about the dog through the city. She got a complaint because of the breed of her dog, and now that means she may have to leave her home.

Bruno and Hodges have bonded since the dog was a puppy.

“The improvement since I’ve had Bruno is astonishing and he’s a part of me,” Hodges said.

She says her landlord’s insurance policy prevents violent breeds from living in a home. Bruno was spotted and a complaint was filed with the city. This leaves Hodges, who is living on a disability check, in a difficult position.

Hodges has a prescription for Bruno as an emotional support animal. But she is told the landlord has no choice—Hodges must leave, their family may have to leave or get rid of Bruno.

First Coast News reached out to the landlord and we’re still waiting to hear from them.

Hodges hopes others can avoid being separated from their best furry friend.

“He’s everything to me, and I would hate for this to happen to someone else just because they didn’t read the fine print,” she said.

Hodges has set up a fundraiser for possible future living expenses.