A 43-year-old woman was arrested after trespassing and bringing a gun to Ribault High School for a pre-planned fight, according to police. 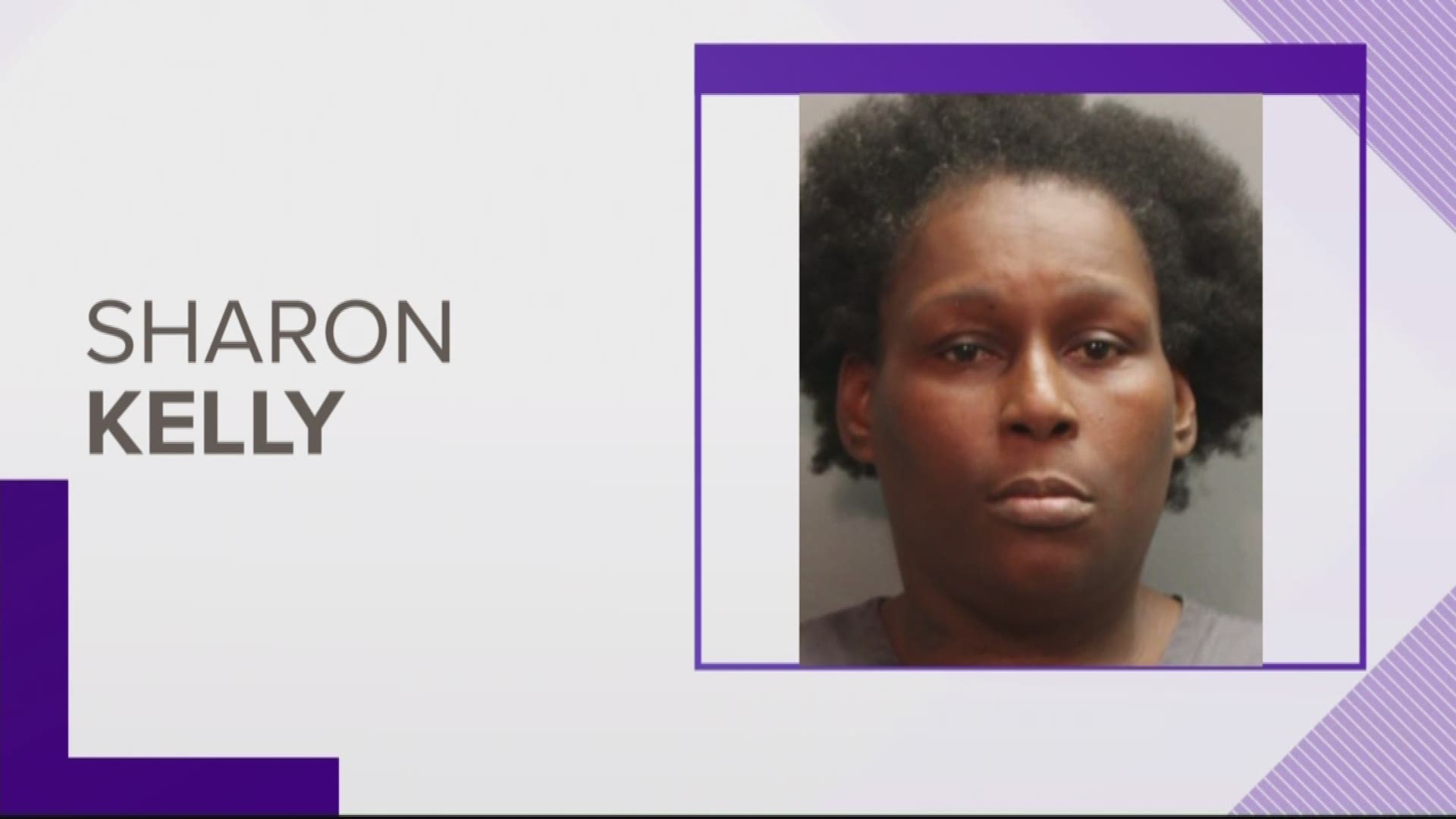 A 43-year-old woman was arrested after trespassing and bringing a gun to Ribault High School for a pre-planned fight, according to police.

Sharon Kelly was confronted by the school's resource officer after the officer went to the gym following reports of a fight.

When the officer arrived, he saw Kelly walking from the front of the gym, holding a gun. He drew his gun on her and ordered her to put down the gun, but Kelly responded "it's my gun, it's registered to me" according to the police report.

Kelly placed the gun on her car and laid down on the ground after the officer told her to put the gun down again. She was placed in handcuffs.

Earlier, Duval County Public Schools said some trespassers, including Kelly, came onto campus to engage in a fight, which attracted multiple students.

Dozens of kids are seen in a video from Instagram fighting in the gym.

"I just ran, I was scared for my life," said Destiny Cooper, a ninth grader. "Somebody opened the back door for (one of the trespassers). She just came in, it was like a black small gun and she actually hit somebody with it, so they could get out of the way."

This was also sent out to parents from DCPS:

Good Morning Parents and guardians of Ribault High School. This is Assistant Principal Ronnie Williams calling to let you know that all students and staff are safe, and an incident occurred this morning in which both school and security teams were able to intervene to ensure the safety of our campus. Just after school began, two students engaged in a planned fight outside the building. As staff worked to separate the students, a group of trespassers joined the altercation. Duval County School Police and administrators were able to intervene and immediately detain all participants. While the individuals were in custody and being searched, school police confiscated a firearm from one of the trespassers. Law enforcement is continuing to investigate and criminal charges as well as school discipline are pending. We greatly appreciate the swift action of Duval County School Police and staff as they were able to immediately intervene, stop the fight, detain the individuals and confiscate the firearm on the trespasser. Please note that all students and staff are safe. A letter about this incident will go home with your child this afternoon. Please do not hesitate to contact me at 904-924-3092 if you have any questions.