Why do people hoard animals? 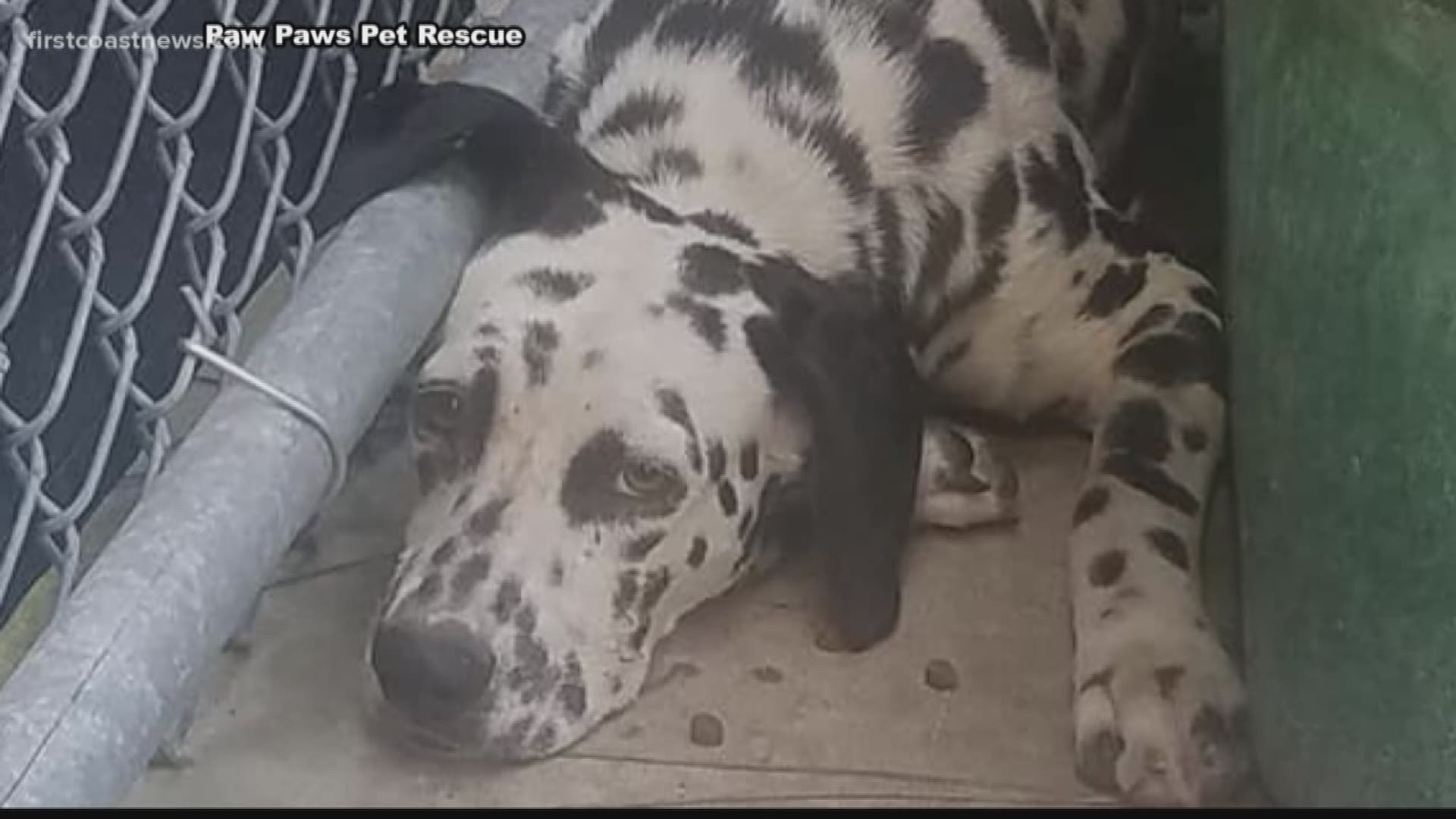 More than 20 dogs rescued from an alleged hoarding situation near Yulee are on their way to better lives.

According to Paw Paws Pet Rescue, a total of 21 Dalmatians were seized from the property. Eleven of the dogs will be transported to a South Florida rescue Saturday and Paw Paws has placed the rest of the dogs in foster homes locally. A representative with the rescue organization said the dogs are not socialized at all.

A Nassau County Animal Services representative told First Coast News the elderly man who had the dogs was trying to do a good thing, but it got out of hand. They added that one of the dogs had an injured paw and another was blind.

Dr. Tracy Alloway, an associate professor of psychology at the University of North Florida, said many animal hoarding cases start with good intentions.

“They’re very motivated by a need to save these animals,” Dr. Alloway said. “They almost view themselves as missionaries.”

Alloway said recent research, within the last year or two, showed differences in the roots of animal hoarding and traditional object hoarding. First, the brain patterns for the two types of hoarding are different. Additionally, Alloway said animal hoarding is often triggered by trauma, such as the loss of a person or a job. Finally, as previously mentioned, animal hoarding often arises from a desire to help the animals.

“And a lot of the researchers involved in these kinds of animal hoarding behaviors and patterns notice that [the hoarders] have a need to protect,” Alloway said. “But unfortunately, they also don’t realize that they’re not actually able to care for them adequately.”

While object hoarders often realize they have a problem, Alloway said animal hoarders may not.

Overall, Alloway said memory loss could be an indicator of potentially serious problems in the future. If you notice that in a family member, they should see a licensed clinician to assess and figure out a plan of action.

“It’s not just someone wanting to be neglectful, it’s not driven by malice or malintent,” Alloway said. “And so I think it’s important for us to adopt an understanding and empathetic perspective that these behaviors are often not even aware to the individual and again, not motivated by any ill intent.”