According to the Associated Press, President Trump met Monday with Barrett as she emerged as an early favorite for the Supreme Court. 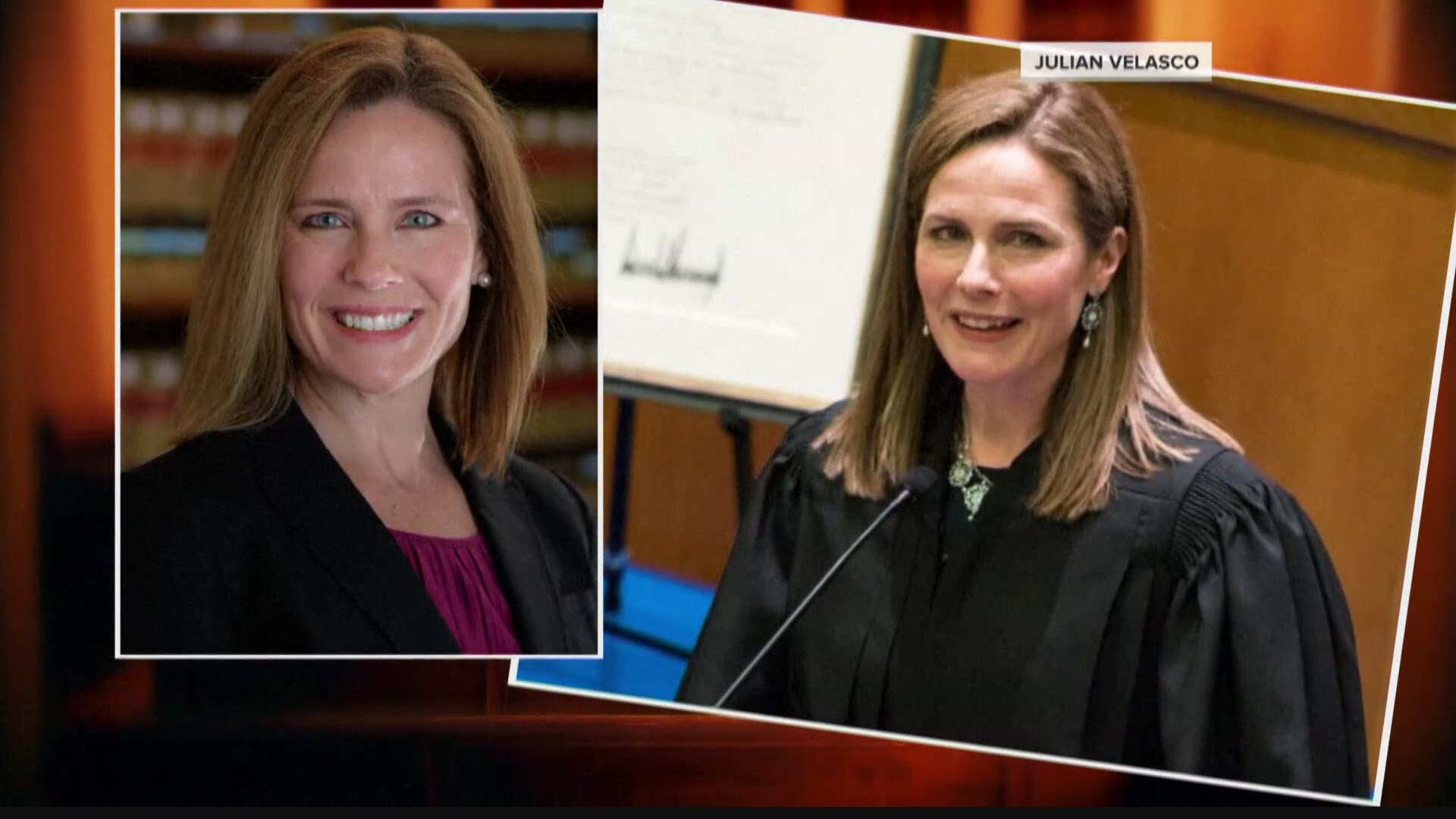 INDIANAPOLIS — By now, you've heard her name and seen her picture, but who is exactly is Judge Amy Coney Barrett?

"I've known Amy ever since she was a student," said Paolo Carozzo, a professor in the University of Notre Dame School of Law. "She's kind, unfailingly so, listens carefully to people, takes everything seriously, thinks hard, combined with the fearsome intelligence she has, which is razor-sharp. It's really sort of a unique combination."

Judge Barrett was confirmed as a judge on the U.S. Court of Appeals for the Seventh Circuit in 2017. She graduated from the Notre Dame Law School and has taught there since 2002.

Lauren Grindall took one of her courses in 2013.

"There were students who had very different points of view when it came to constitutional law and she went out of her way to be accommodating of them and facilitate open conversation," Grindall said. "She was a brilliant professor and also a really terrific person."

In 2018, Judge Barrett was honored as the law school's distinguished teacher of the year. She spoke to graduates about the power of their words.

Republicans have praised her as an ideological heir to the late Justice Scalia, for whom she clerked. Liberals have argued her legal views are too influenced by her Catholic beliefs.

"I think that tells a lot about what she is, too," said Carozzo. "She's not a person driven by ambitions to do whatever it takes to sacrifice whatever it takes of her family and life to achieve things. She lives a balanced life that is full of human relationships and not just work."

According to the Associated Press, President Trump met Monday with Barrett at the White House as she emerged as an early favorite for the Supreme Court.

The president says he expects to announce his pick on Friday or Saturday.

"I hope very much that people are capable of looking beyond the preconceived categories that are imposed on her and seeing that behind them, there is a complex interesting person who doesn't fit any of the stereotypes that are being bandied about," said Carozzo.