'Who builds a car wash next to hallowed conservation land?' opponents say of planned development in St. Augustine

Just months after the state bought Fish Island to save it from developers, a planned large car wash on a neighboring property is drawing ire from environmentalists. 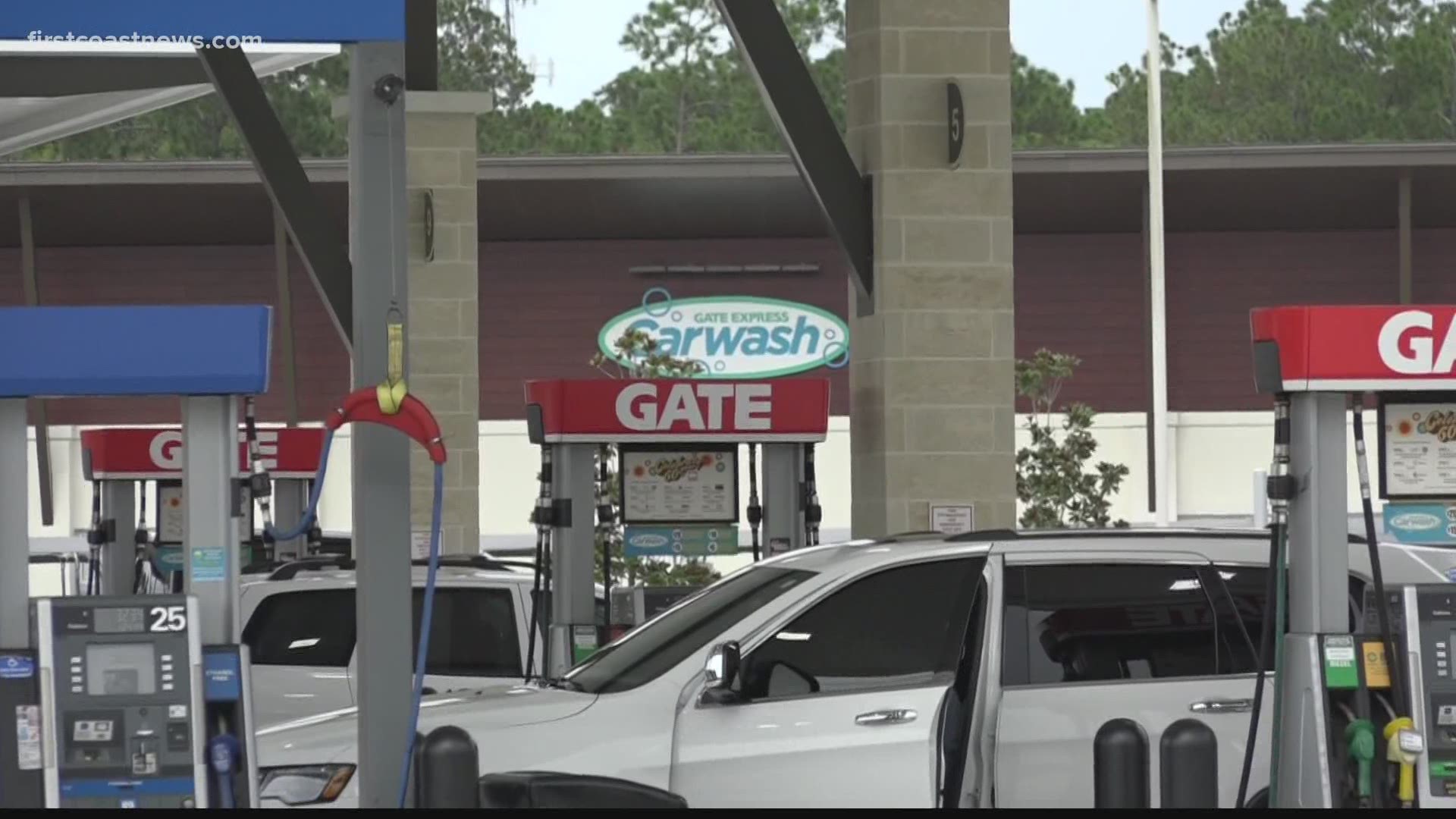 ST. AUGUSTINE, Fla — It took a lot of effort to save St. Augustine’s Fish Island from development, and now many people say a planned car wash on adjacent property defeats that purpose.

“Who builds a car wash next to hallowed conservation land?” Janet Patten of St. Augustine asked rhetorically on Monday, speaking of a plan by a Gate Petroleum subsidiary to build a large car wash near the intersection of State Road 312 and Plantation Island Drive South.

Patten and Lisa McGlynn, both members of a group called Friends of Fish Island, spoke of environmental concerns, including how noise and potential wastewater would affect wildlife on the island.

“Noise, ecological, environmental all across the board,” Patten said.

“Why do we want to have a car wash dumping dirty car wash water into this beautiful Matanzas River?” McGlynn added.

According to history, 18th-century merchant Jesse Fish planted the first orange groves in Florida and is the island’s namesake. After a years-long effort, the North Florida Land Trust helped negotiate a deal by which the state purchased Fish Island for $6.5 million. The transaction spared the 57-acre tract from development, but the property bought by Gate subsidiary BFC Holdings Inc. in July is eligible for commercial use.

“The use inquired would be categorized as an auto laundry facility and is an allowed use within Commercial Medium-Two (CM-2) zoning,” the City of St. Augustine confirmed to the company in a letter dated Sept. 26, 2019.

Patten and McGlynn suggested that the company simply might not have realized the ecological implications when it began planning the car wash, which it told First Coast News will be similar to a large facility it owns on Palm Valley Road in Nocatee.

“There’s certainly land available just to the east of here that would make a lot of sense to put a car wash on, that’s farther away from Fish Island,” McGlynn asserted, pointing out that a Gate gas station stands only about a half-mile east of the proposed car wash on 312.

McGlynn and Patten also produced a seven-page list of plant and animal species she said have been inventoried on the island, including the Florida black bear.

“Do you think it will drive animals away from here?,” I asked Patten.

“Absolutely,” she said, adding that a residential development nearby on the north side of 312 overlooking the Matanzas River was a fatal blow to wildlife there. “There were numerous complaints of dead animals on 312 because they were being forced off of that land.”

The company hopes to break ground on the car wash complex by the end of 2020. Knowing that Gate might not have any major hurdles left to clear, a group of those opposed has sent a written appeal to Gate asking the company to reconsider.

“I think Gate can stop this from happening,” McGlynn said, suggesting that the company could “take this land and donate it for a nature center or a visitor center so that people who come here to Fish Island will be able to understand the historic nature of it.”

Patten added her own sliver of hope.

“Gate has not submitted all their final plans yet, and so we’ll just have to wait and see,” Patten said.