'When you lose that service member, you lose a sense of who you are': Military families grieving loss attend TAPS seminar of healing 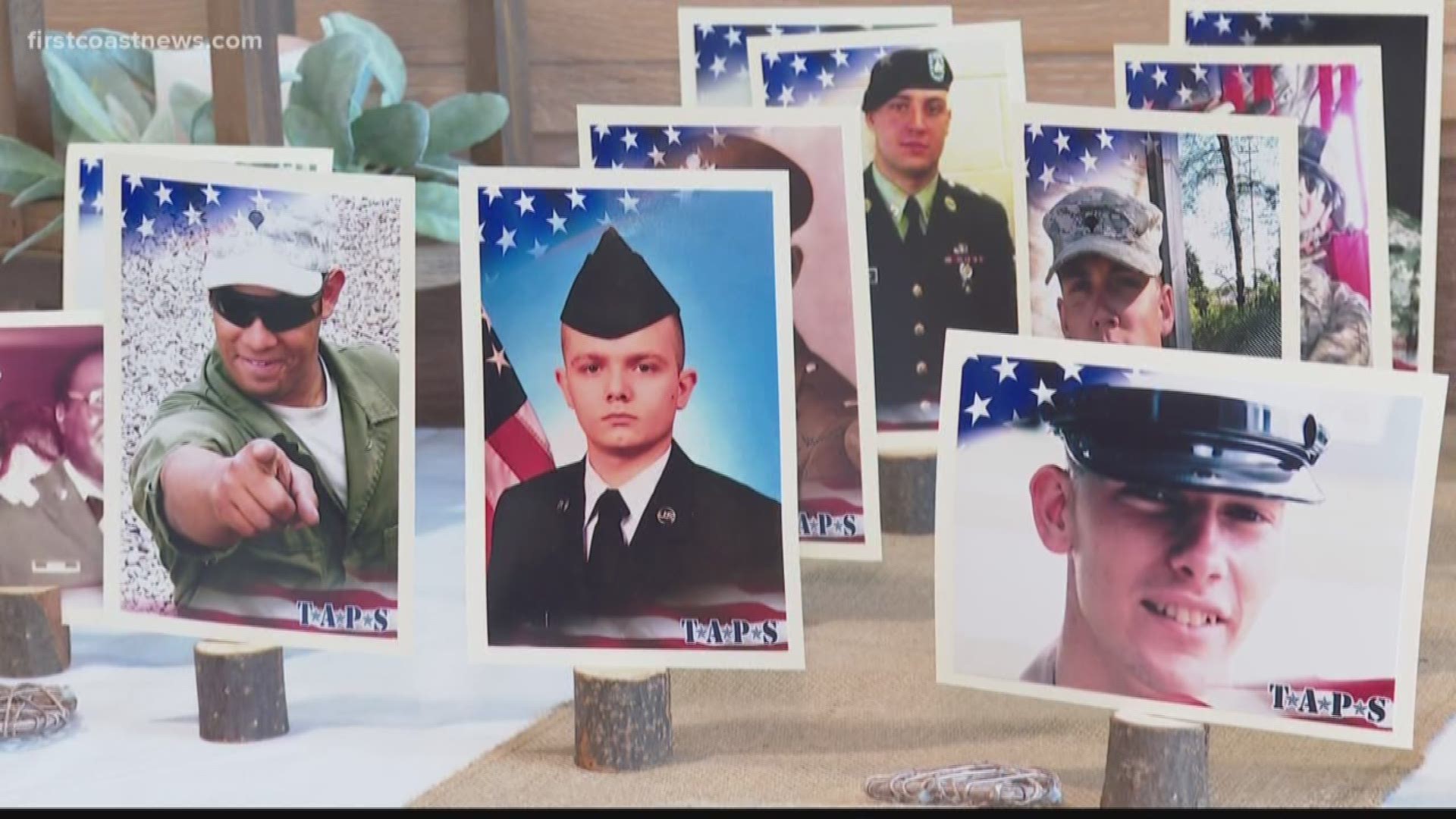 JACKSONVILLE, Fla. — Grief comes in all shapes and sizes, affecting any person from young to old and leaving an impact that could make hope seem unattainable.

When Bonnie Carroll founded the Tragedy Assistance Program for Survivors, or TAPS, in 1994, she had her late husband Brigadier General Tom Carroll in mind.

Carroll turned her grief over her husband's death in an Army plane crash to action, noting a lack of resources for grieving military families at the time.

"My husband was an Army officer, and he was a great leader," Carroll said. "You know this is really something that he would do. It's bringing people together, it's finding a way forward. It's letting people know that they're life and service of their loved one is remembered."

At the TAPS Southeast Regional Seminar and Good Grief Camp at the Hyatt Regency in Downtown Jacksonville this weekend, recently retired and active service members have volunteered as mentors for military children at the conference.

"They've got military mentors that they're paired one-on-one with. So they really know that they have support," Carroll, a 2015 Medal of Freedom recipient, said.

Children at the seminar attend the Good Grief Camp, are assigned mentors and given resources to honor their parents and make connections with other kids in similar situations.

Part of the experience for the kids at the seminar is learning how to cope with their loss and heal.

"When you lose that service member, you lose kind of a sense of who you are," said Megan Gibbs, a TAPS casework advocate who became involved 20 years ago while processing the loss of her father. "And TAPS filled that void."

Gibbs said the children share common feelings, and that their strength comes from resilience.

"Every military child has to be resilient when it comes to moving around," Gibbs said. "Having that component already kind of prepared them for this. You have to be resilient, you have to learn to overcome the sadness and the depression and the anger."

Since its founding, TAPS has helped around 90,000 surviving families, casualty officers and caregivers. The non-profit also runs a toll-free hotline for grieving families to find resources at 800-959-TAPS (8277).

TAPS provides its resources free of charge to families.