What you need to know about the shooting death of Ahmaud Arbery in Brunswick, GA.

Here is a breakdown of the deadly shooting case that started in Georgia but went on to make headlines across the country. 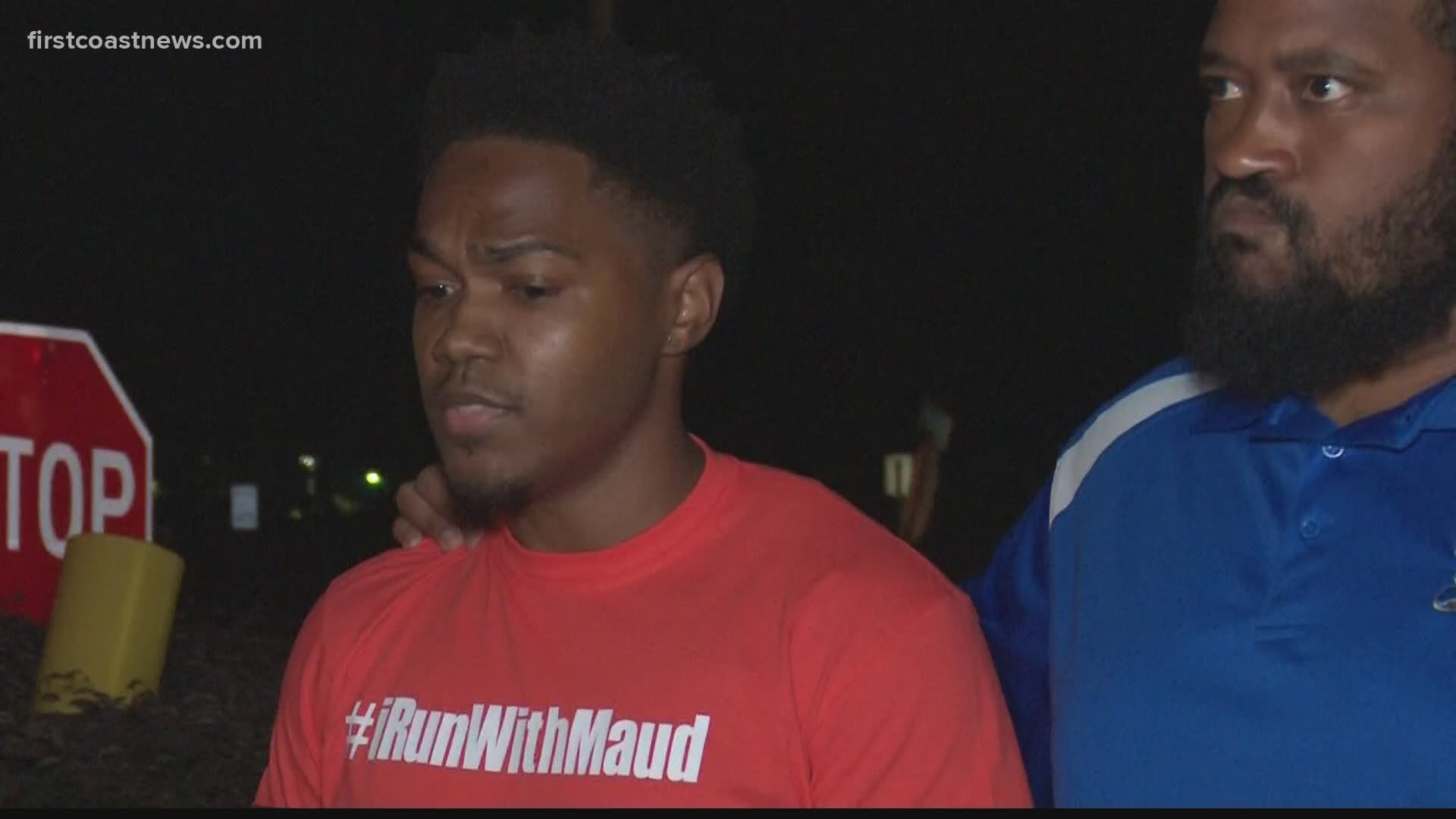 BRUNSWICK, Ga. — The shooting death of 25-year-old Ahmaud Arbery in Brunswick, Georgia, and subsequent arrest of the two men accused of murder, a father and son, has become a national controversy.

Here's a timeline of how the case began and where things stand right now.

The Glynn County Police Department received several trespassing complaints in the Satilla Shores neighborhood. The first one dating back to October 2019 and the most recent one being in February 2020.

Police dispatch reports show Glynn County police received a 911 call at 1:08 p.m. reporting a man on the construction site of a home in the neighborhood, noting there had “been some break-ins in the area lately.”

In a timestamped security camera video, a black male wearing a white shirt and tan shorts is seen walking into a house under construction, across the street from where the surveillance camera is located. That footage is time-stamped 2:08 p.m. It’s not clear why the police dispatch log and the video timestamp reflect times one hour apart.

At 2:13 p.m. on the security camera video, the man comes running out of the unoccupied house and runs down the street. At 2:19 p.m., a police car goes down the street, followed at 2:27 p.m. by an ambulance, fire truck and two additional police cars.

Another video obtained by ABC News from the homeowners shows a man resembling Arbery enter a house under construction and look around, standing in one spot. That video does not have a time stamp, but the homeowners report the it was recorded the day of the shooting.

An attorney for one of the homeowners, Larry English, said nothing was missing from the home.

“That’s completely wrong. I’ve never had a police report or anything stolen from my property, or any kind of robbery,” English told The Washington Post .

Moments after the video was recorded, police said, Greg McMichael and his son, Travis McMichael, chased and confronted Arbery, believing he'd been stealing from the home. According to a police report, the men said Travis McMichael got out of their truck with a shotgun, struggled with Arbery and fired multiple shots, killing the 25-year-old.

In the aftermath of the shooting, Brunswick prosecutor Jackie Johnson recused herself from the case to avoid a conflict of interest. Greg McMichael had worked for her office as an investigator.

The case was then given to Ware County prosecutor George E Barnhill. He wrote a letter to Glynn County Police, saying he believed the shooting was justified under self-defense and citizen’s arrest laws in Georgia.

In the letter, Barnhill said Arbery’s mother also saw a point of conflict because Barnhill’s son worked in the same office Greg McMichael had retired from.

Like Johnson, Barnhill recused himself from the case, which was then moved to a third district attorney, Tom Durden of Hinesville.

A video of the deadly shooting was leaked online and creating a national firestorm. Alan Tucker, a Brunswick criminal defense attorney, told First Coast News he released the video. It was initially released anonymously to a Brunswick radio station before spreading across social media.

“The guy who took the video is the one who saw Arbery coming out of the house and said ‘that’s him,’” he told First Coast News.

Tucker said he didn't know if the man who took the video is one of the people who called 911.

Tucker said he thought releasing the video would help tamp down rising tensions surrounding the case.

"My parents live in Satilla Shores," he said, referring to the neighborhood where the shooting happened. "I didn’t want my community to be burned to the ground. This is a mixed community and they don’t deserve this."

He told First Coast News he was tired of all the "bullsh*t opinions" about the case.

The story went on to gain attention from celebrities.

Jay-Z's Roc Nation later wrote an open letter calling justice. LeBron James tweeted about the shooting, saying, "We’re literally hunted every day/every time we step foot outside the comfort of our homes! Can’t even go for a damn jog man!"

The Georgia Bureau of Investigation arrested both Greg and Travis McMichael on charges of murder and aggravated assault in the shooting death of Arbery.

Georgia's Attorney General Chris Carr requested the U.S. Department of Justice conduct an investigation into the handling of the case.

“We are committed to a complete and transparent review of how the Ahmaud Arbery case was handled from the outset,” Carr said. “The family, the community and the state of Georgia deserve answers, and we will work with others in law enforcement at the state and federal level to find those answers.”

The investigation includes looking into communication by and between the Brunswick and Waycross district attorneys.

For Carr's full statement and the response from Arbery's family's attorneys, click here.

Cobb County DA Joyette Holmes is assigned the case, marking the fourth district attorney to take it on. In a statement, Holmes' office said the call to handle Arbery's death will not be taken lightly.

“Our office will immediately gather all materials related to the investigation thus far and continue to seek additional information to move this case forward,” she said.

RELATED: Best friend, former coach of Amaud Arbery open up about what he meant to them