Meals were $20 with all of the proceeds going to private search efforts. 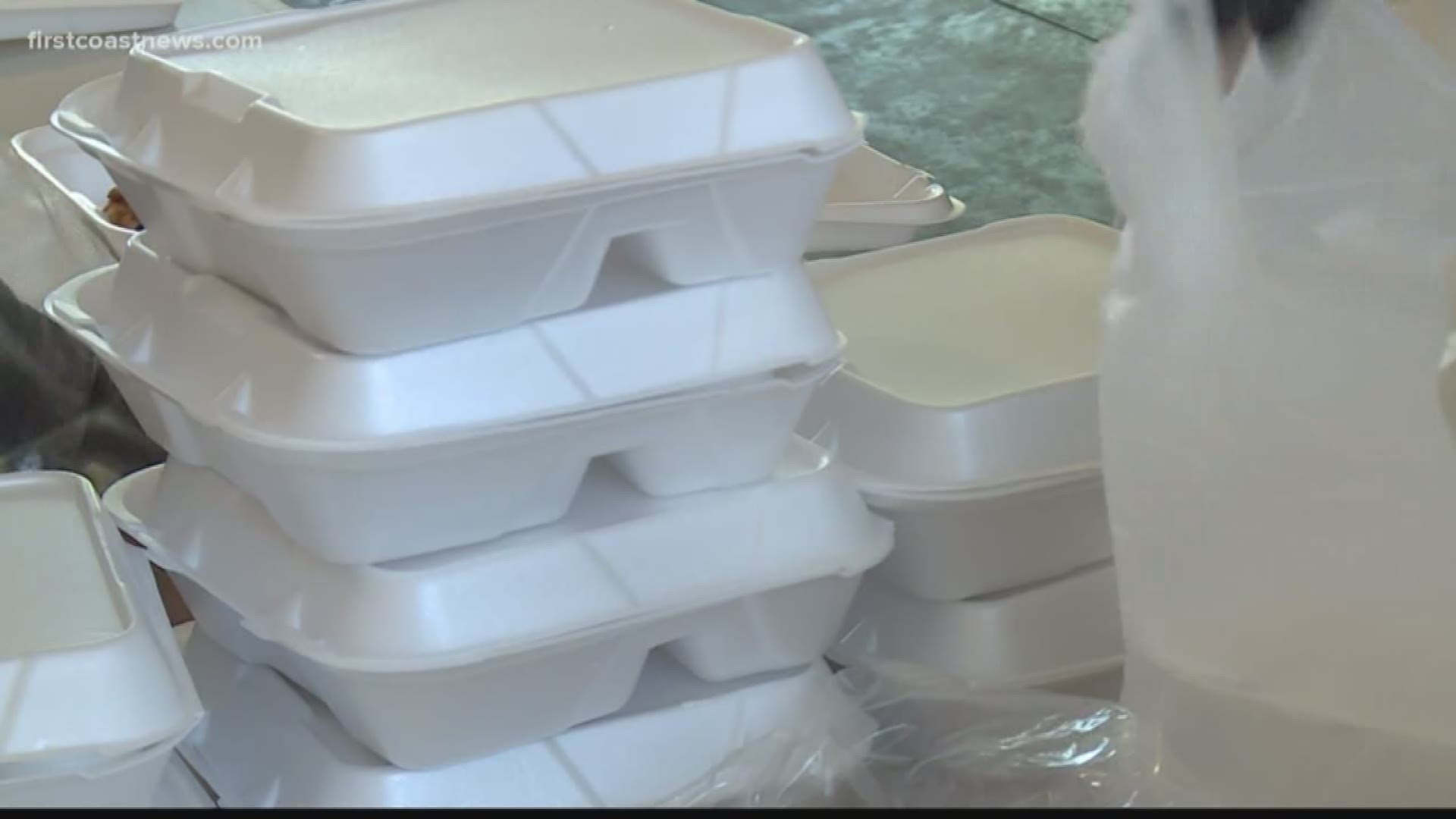 James Willard of Willard's BBQ Junction and his staff prepared about 500 meals. They sold the chicken dinners to community members at Station 32, McCluney's first station in Jacksonville. The restaurant was able to raise $8,330.

All of the proceeds will go to funding private search efforts for the two firefighters. According to Willard, he doesn't know either firefighter, but after the Coast Guard called off its active search Thursday, he knew he had to help.

“Of course everyone knows the Coast Guard did everything that they could do," Willard said. "They have a protocol and I think they went a little above and beyond that. Now that they called off their part of the search, we have to step our’s up because we’re going to bring them home. That’s the bottom line."

The meals came with two pieces of chicken, beans, coleslaw, two pieces of bread and a gift card for a free appetizer donated by The Argyle Longhorn management team. The meals cost $20 and all proceeds were donated to search efforts.

“In the restaurant business, you do it daily for the profits to go into your account," Willard said. "Now, we are doing it to help the families that are in need."

Patricia Boggess is part of that fire family. Her husband is a firefighter in the area.

"It hits close to home," she said.

Boggess volunteered at Saturday's Bring Them Home benefit, and bought several meals she planned to donate to her husband's firehouse.

"Being a firefighter wife, you have to be strong and you have to know that there’s a risk and to be able to support these guys and their families the way I support my husband," Boggess said. "This is just one way to do that."

Fellow firefighters, Jacksonville Sheriff's officers and members of the community bought meals and donated. Willard said they'll continue to do what it takes to bring McCluney and Walker home.

“Until I feel in my heart that we’ve done all we can do, it’s not over," Willard said. "It’s not over. We’re going to bring them home."

MORE ABOUT THE MISSING FIREFIGHTERS

RELATED: LIVE BLOG: 'It's an extremely tough decision when you have a brother out there' Active search for missing firemen ending at sundown