Welcome to Rockville moving to Daytona Beach in 2020

Rock fans are hoping that Rockville will return to Jacksonville after the festival announced Daytona Beach will host next year's concert. 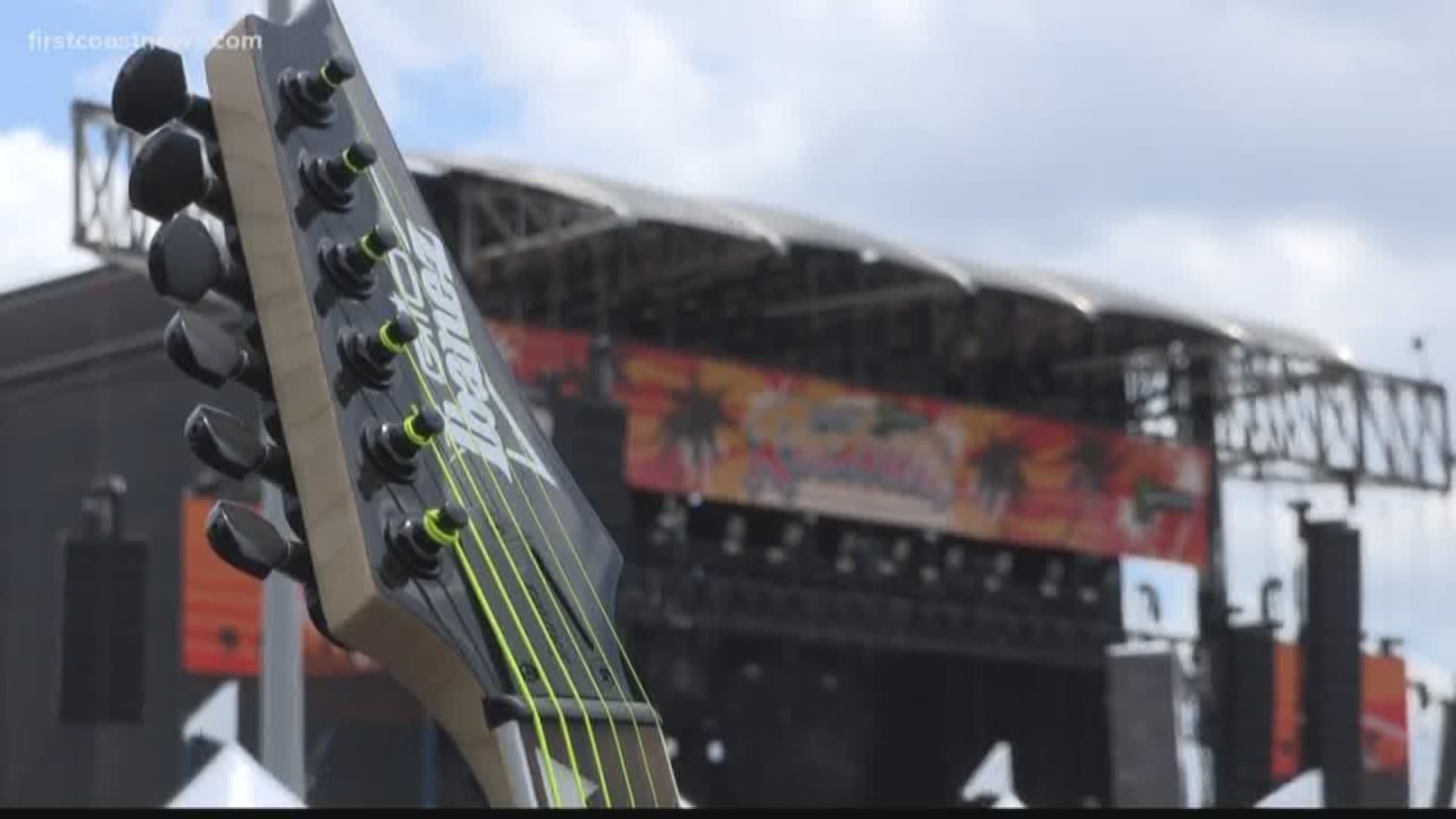 Popular rock and heavy metal concert Welcome to Rockville will play in Daytona Beach in 2020 instead of its usual home in Jacksonville, according to the festival's website.

Welcome to Rockville will return with a 3-day concert starting on May 8 and ending on May 10 at the Daytona International Speedway for its 10-year anniversary, the website says.

Rockville fans like Eric Kaufman were disappointed to hear the show is heading on the road next year.

"It seems like it's getting bigger and bigger, and then now we don't have it," Kaufman said. "It's unfortunate, I'm a little sad about it."

Kaufman is a production manager at 1904 Music Hall in downtown Jacksonville.

"We're usually throwing the pre-parties and after-parties, this year we had a couple artists ... Wage War, they played an after-party right here after their set at Rockville," Kaufman said.

He says the festival is an economic boost for downtown.

"That whole weekend is a big weekend for not just us, but any venue on this strip," Kaufman said.

A spokesperson for the City of Jacksonville said the city plans to bring the festival back in 2021.

"With the up-and-coming development around the sports complex, mainly the construction involving the Hart's Bridge overpass, we understand the need to move Welcome to Rockville to Daytona in 2020," city spokesperson Nikki Kimbleton said. "However, we look forward to working with the promoters and bringing it back home to Jacksonville and the new and improved facilities in 2021."

Welcome to Rockville has been hosted in Jacksonville since its first show in 2011 at Metropolitan Park.

Kaufman hopes that Rockville will return home in 2021.

"It makes sense they're going down to Daytona for a bit," he said. "I don't think people would mind traveling one or two hours to make that happen. However, Jacksonville is the home of Rockville, so hopefully, it comes on back."

The festival has hosted world-famous, award-winning artists such as Tool, Korn, Trivium, Evanescence and more.