A company in Florida is changing the game with cameras and weather sensors all around a stadium to help keep players, staff, and fans safe. 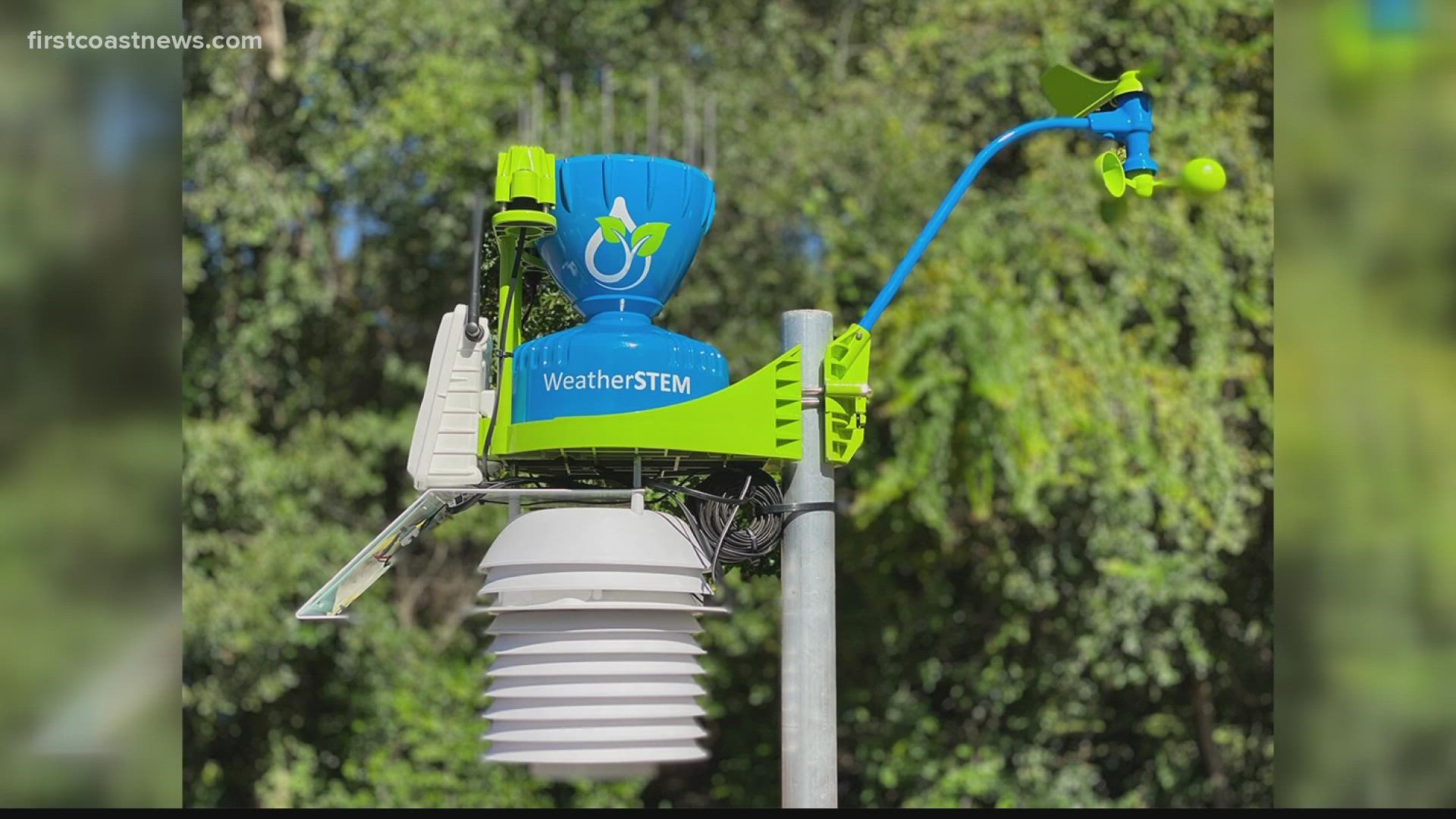 JACKSONVILLE, Fla — When it comes to outdoor sporting events, the forecast is key. Will it be too hot? Too cold? Will it rain or do we have to worry about lightning?

There's a tool you might not even know about working in stands to keep fans and players safe on the sidelines.

You can think of it as football’s secret weapon…

WeatherSTEM, a Florida-based company is changing the game. Quite literally! They've developed a system to gather weather data from all over a stadium to help us from fumbling in the heat or getting blitzed by a storm.

"Being able to have these cameras out over 500 of them in the state to capture stories when folks like yourselves aren’t there to capture the story has been really exciting," WeatherSTEM CEO and Founder, Ed Mansouri said.

The systems are comprised of a camera and weather station to collect live images along with other data like temperature, humidity, wind speed, and more.

But what you might not know is there’s an entire network being built around these stations -- a passion project turned into a successful business.

"Our initial focus was to help put weather stations up across the state and have the data those stations collect used as a resource for science teachers to help children of Florida learn more about weather," Mansouri added.

Ed Mansouri and his small team at WeatherSTEM quickly realized how valuable that weather data was.

Fast forward 6-plus years, and they have at least one station in all 67 counties of the Sunshine State, are expanding up the East Coast out west, and are now tackling the world of athletics.

"We have a full WeatherSTEM system here at The Swamp," Mansouri said during a recent visit to the University of Florida's Ben Hill Griffin Stadium. "Now not only do we have a weather station up on top of the stadium, but these stadium venues are very 3-dimensional. So simply knowing what the conditions are up on top of the stadium where the weather station is doesn’t tell the full story as to what the conditions are down on the field where the athletes are, where the training staff is."

Even Jacksonville’s Big Cats have a complete WeatherSTEM system with stations collecting data all over TIAA Bank Field. From end zone to end zone, to the tippy top where Jaxson De Ville jumps off, even outside the gates and across the parking lot to the Jumbo Shrimp’s wheelhouse.

"The information we’ll be collecting will be used by trainers to make determinations about how much fluid the athletes need, how much ventilation we need to keep the players cool, etc.," Mansouri said.

If you’re wondering how much of an impact these strategically placed weather stations are making – take this example from a recent summer game. Mansouri says the top stadium sensor reported a temperature of 96-degrees, yet the field sensor was reporting 116-degrees… a whole 20-degrees hotter in the red zone!

"Here in Florida, weather changes greatly over very short distances," Mansouri said. "So we’re really focusing on how can we very cost effectively increase the density of our network, how can we have these systems set up in just about every zip code. That’s what we’re focused on now is learning how to do what we do more efficiently, with lower maintenance, and higher accuracy and that's tough to do."

And that, my friends, is a touchdown for this data-loving meteorologist, and a two-point conversion for you watching at home with more forecasting eyeballs across our beautiful First Coast.