'Jaxon Strong': 5-year-old boy born without most of his brain dies after years of beating the odds

Jaxon Buell's life inspired people around the world. Born with 80% of his brain missing he defied doctors' expectations & leaves a legacy of strength and sweetness. 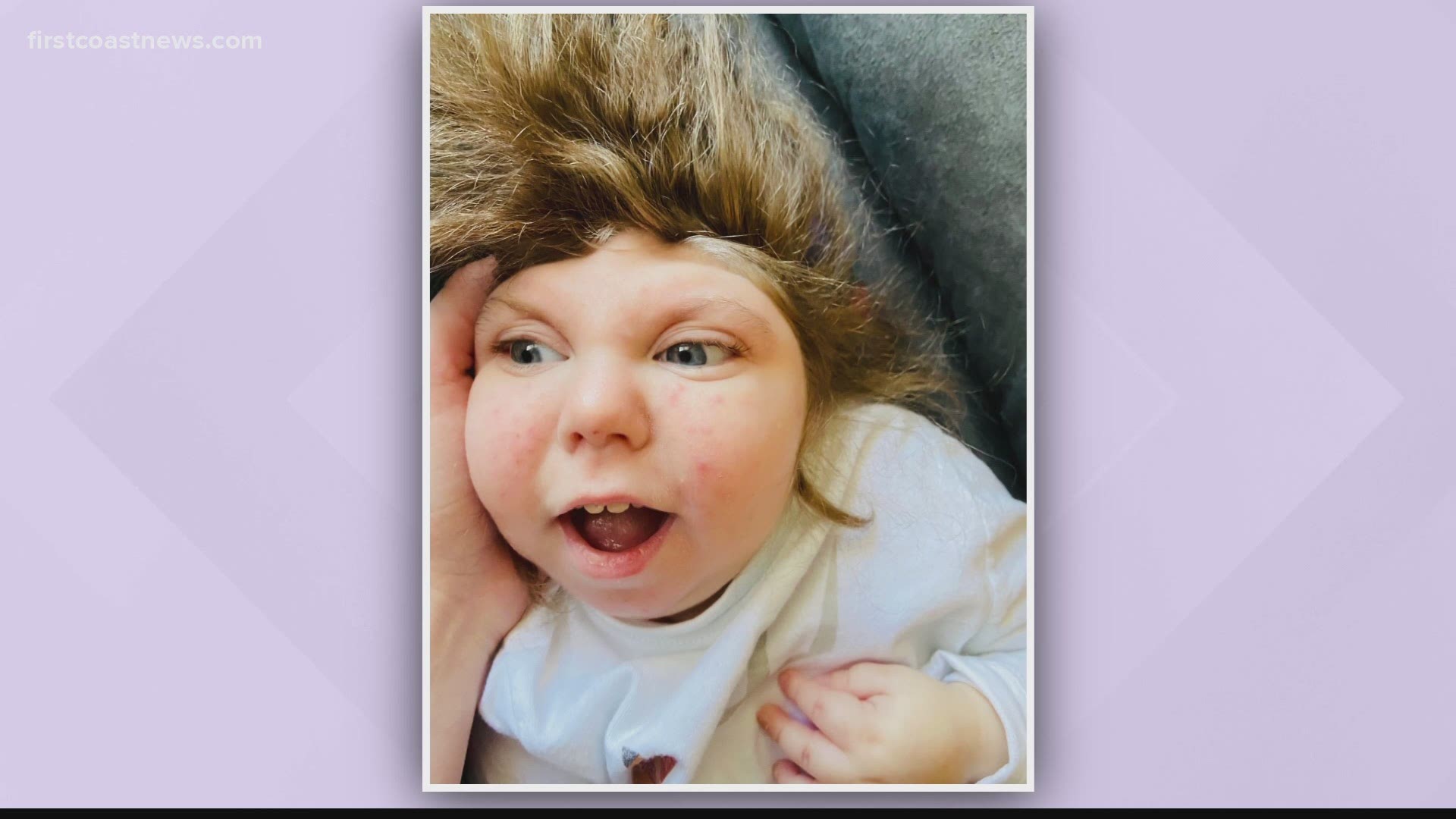 MOUNT DORA, Fla. — He wasn’t supposed to turn 1 year old, let alone 5, but Jaxon Buell from day one defied doctors' expectations. Born with the majority of his braining missing, his story inspired those closest to him and people all around the globe. On April 1, as his father held him in his arms, Jaxon Buell got his wings.

“He passed away very naturally, extremely peacefully and comfortably. He had already entered hospice care and it had nothing to do with the pandemic,” Brandon Buell, the boy's father, explained. “It’s crushing to say goodbye to your child. It’s never natural or fair to have to say goodbye to your child. They’re not supposed to go first, but we are so grateful for the time we were given with Jaxon.”

While Jaxon Buell couldn’t communicate in sentences, his mother, Brittany Buell, and his father said they always knew exactly how he felt, and they watched in awe as he reached milestone after milestone.

Reaching age one would have been considered a miracle is what his parents were told when Jaxon Buell was born.

“So, what do we call five?” Brandon Buell said. “Any milestone or achievements were not likely. Being able to see, hear, laugh, smile, learn, remember, were initially thought to be out of the question, but Jaxon accomplished them all.”

They were given five years’ worth of memories Brandon Buell said will last a lifetime. His son leaves behind a legacy of strength, sweetness and a spirit that rose above everything else.

“Anything that he had to deal with, against all odds, he never stopped until the very end," Brandon Buell said. "He never stopped being so strong and so sweet. That amazing, beautiful spirit that was within him and something that was so infectious to anyone who knew him. We are all better people for it."

As his family reflects on his time on Earth, they consider each day with Jaxon Buell a gift from above. While they can no longer stare into his ocean blue eyes they will always remember the bright light he brought into the world.

“It was a blessing we were given. Although my faith was tested during this journey, the peaks and the valleys, I’m so truly grateful that through faith we gave Jaxon the opportunity to be here. The strength he showed in responding to that and the years of beautiful memories created because we had that faith,” Brandon Buell said. “Jaxon was so perfect. All he knew was love. I'm just going to miss him so much, and I cannot wait to see him again one day in the most perfect form.”

Jaxon Buell would have turned six on August 27. This year, his father says the child's family will gather together for "Jaxon Day" to celebrate his life and memory and also find a local family in need to help.

“We want to do it in honor of Jaxon but in the way he would have done it. That strength and sweetness that is just so unconditional,” Brandon Buell said. “If anybody wants to honor Jaxon we ask they find a random act of kindness and do it Jaxon’s honor and spirit.”

#JaxonStrong: Photos of Jaxon Buell through the years

1 / 5
Buell Family
Jaxon Buell was born with most of his brain but still managed to beat the odds for years. Doctors said it would be a miracle if he lived to see his first birthday, but Jaxon went on to celebrate five.