"Live for today and notice what's in front of you," said artist Scotie Cousin. 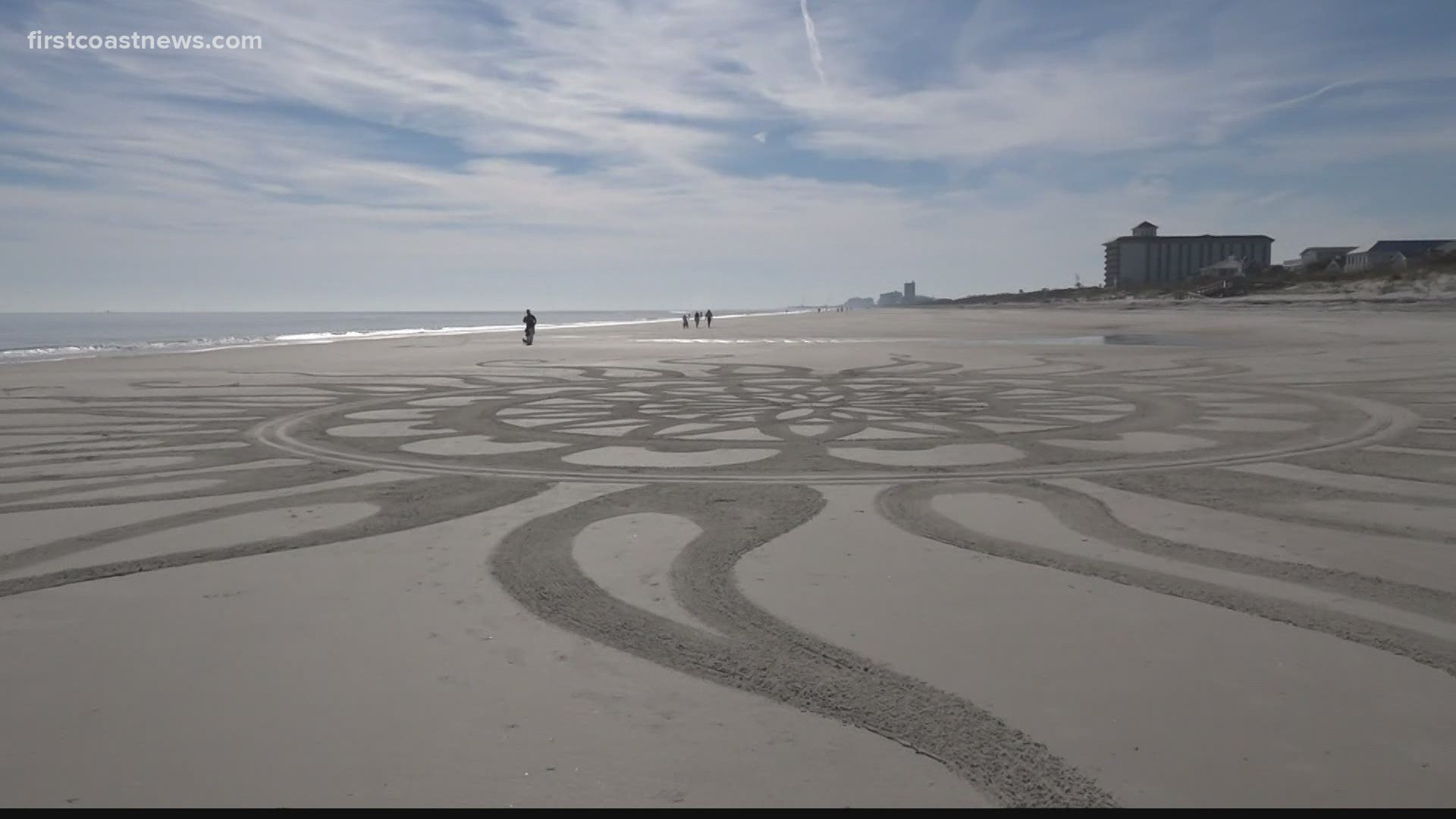 ATLANTIC BEACH, Fla. — If you take a walk on Atlantic Beach you may find an inspiring surprise, but it will vanish by the end of the day.

A local artist leaves it all on the sand in a time we all need it, which you can see by the number of passersby who yell "thank you!"

Cousin is an artist who may be found spending hours using rakes on the beach to create giant designs in the sand. He has a number of rakes he rigged up to use for different types of patterns.

The designs are "random surprises" for passersby and they teach a lesson.

"I think we try to control things a little bit too much," Cousin said. "I think it's about just having fun again and when you have fun it infects others."

Many people walking along the beach stop to chat with Cousin.

"This is what we need during these crazy times we're living in," one woman said.

It's not the first time Cousin has heard this.

"The lady, she walked by she goes, 'we need you,'" he said. "She said, 'the world needs you right now.' I was so humbled by that comment because it really does sum up the reason why I like to do this. They'll tell me that it's what they needed and it's better than money."

So much worry now is about money. This is something Cousin can't sell. With almost one third of all jobs in the arts gone, according to the Brookings Institution, Cousin's found a way to keep the creative spirit strong and inspire others.

This is also great advertising and Cousin says there's more interest in his work after he creates a design. However, he says he spends the day creating art on the beach for the fun of it and has only done it a few other times.

"Even though with all the stuff going on the first thing I do is really count the blessings and hopefully it projects that," he said. "I know that people are struggling with their families and money, someone may be sick, it brings us back. Live for today and notice what's in front of you."

He hopes his art gives people pause and makes them think about their own blessings. Just like his art washes away, there's a fresh start for tomorrow.

You can find Cousin on the beach or at Atlantic Beach Arts Market.

What did you do at work today??

Art that doesn't last overnight and teaches a lesson- that's what Scotie Cousin is all about!

I got a little carried away and had way too much fun on this story, which is exactly the point.