Brycen Gagnon, from Yulee, was visiting Paris when he captured video of the spire collapsing in the blaze. 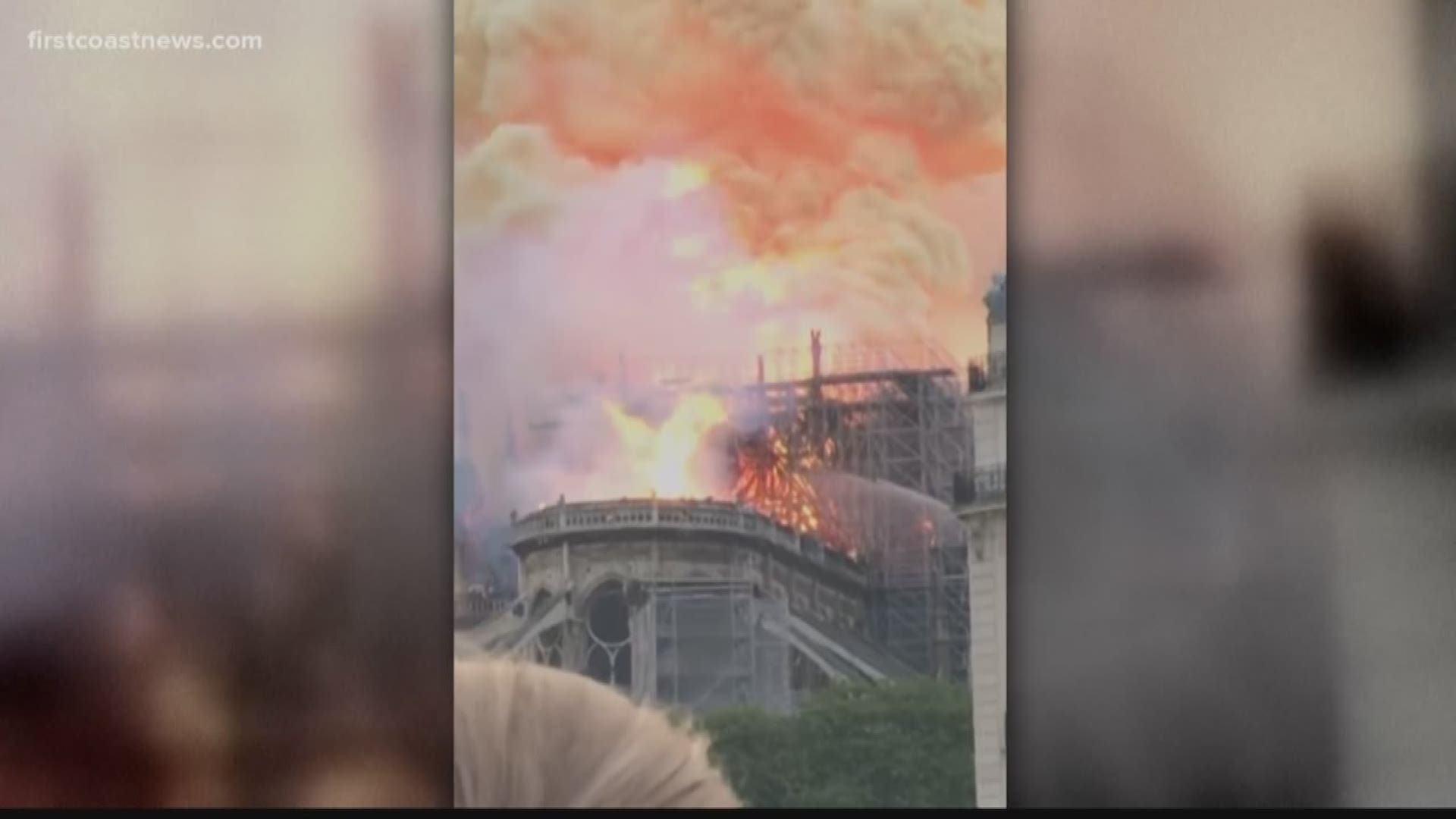 PARIS, France — A First Coast native was there when the iconic Notre Dame Cathedral in Paris caught fire on Monday.

Brycen Gagnon, from Yulee, was visiting Paris when he captured video of the spire collapsing in the blaze. 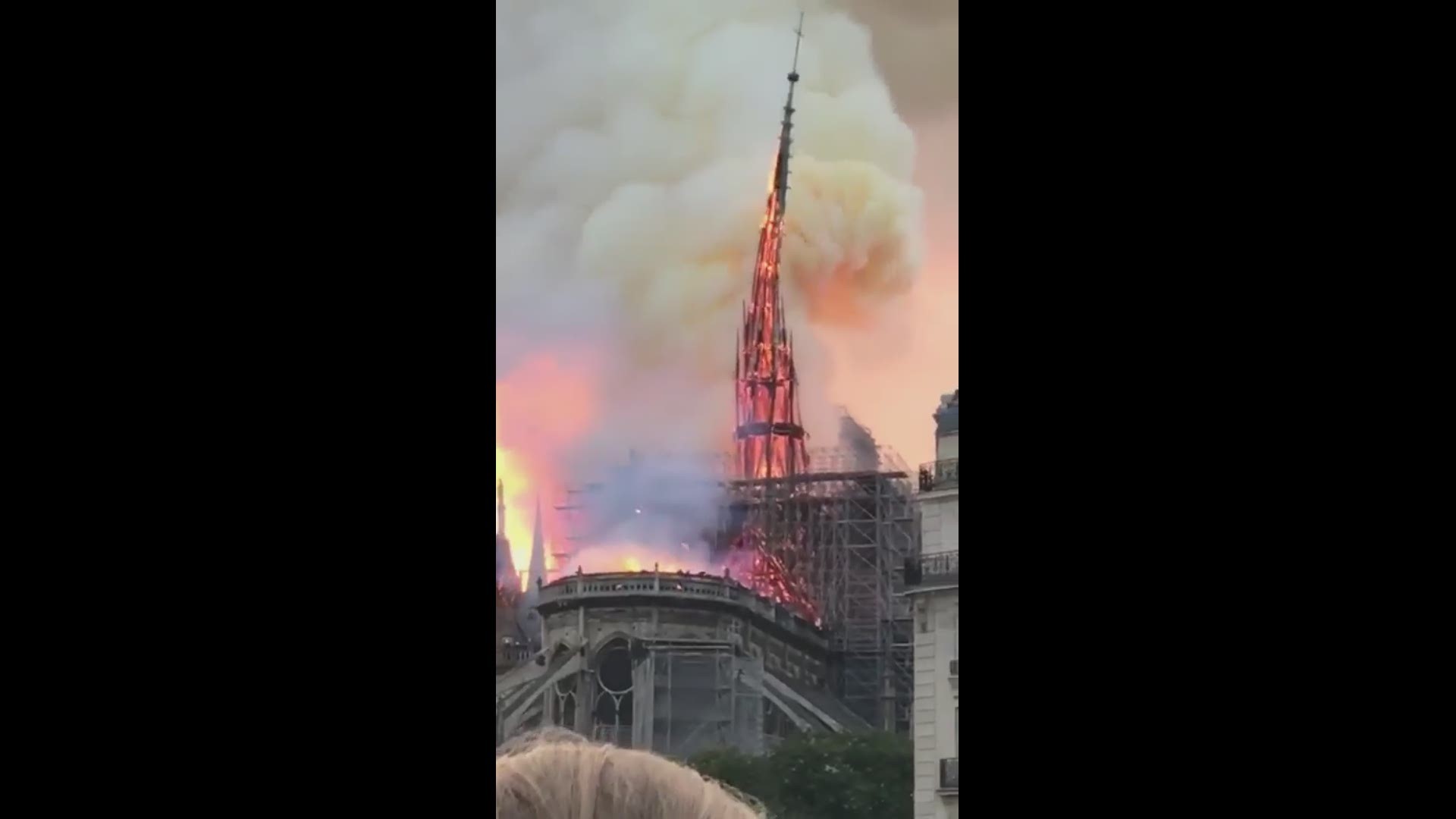 “It was a moment of shock and just disbelief. I can't describe it, just heartbreaking,” Gagnon said.

He took out his phone and started recording, capturing the moment the spire came tumbling down.

“I could just smell the building burning, he said. "I don’t know how to describe it. The sight, I could not believe it. I'm videotaping and watching my phone making sure it's real because I couldn't believe it."

He sent a message to his mom, a dispatcher with Jacksonville Fire Rescue, telling her he was safe. 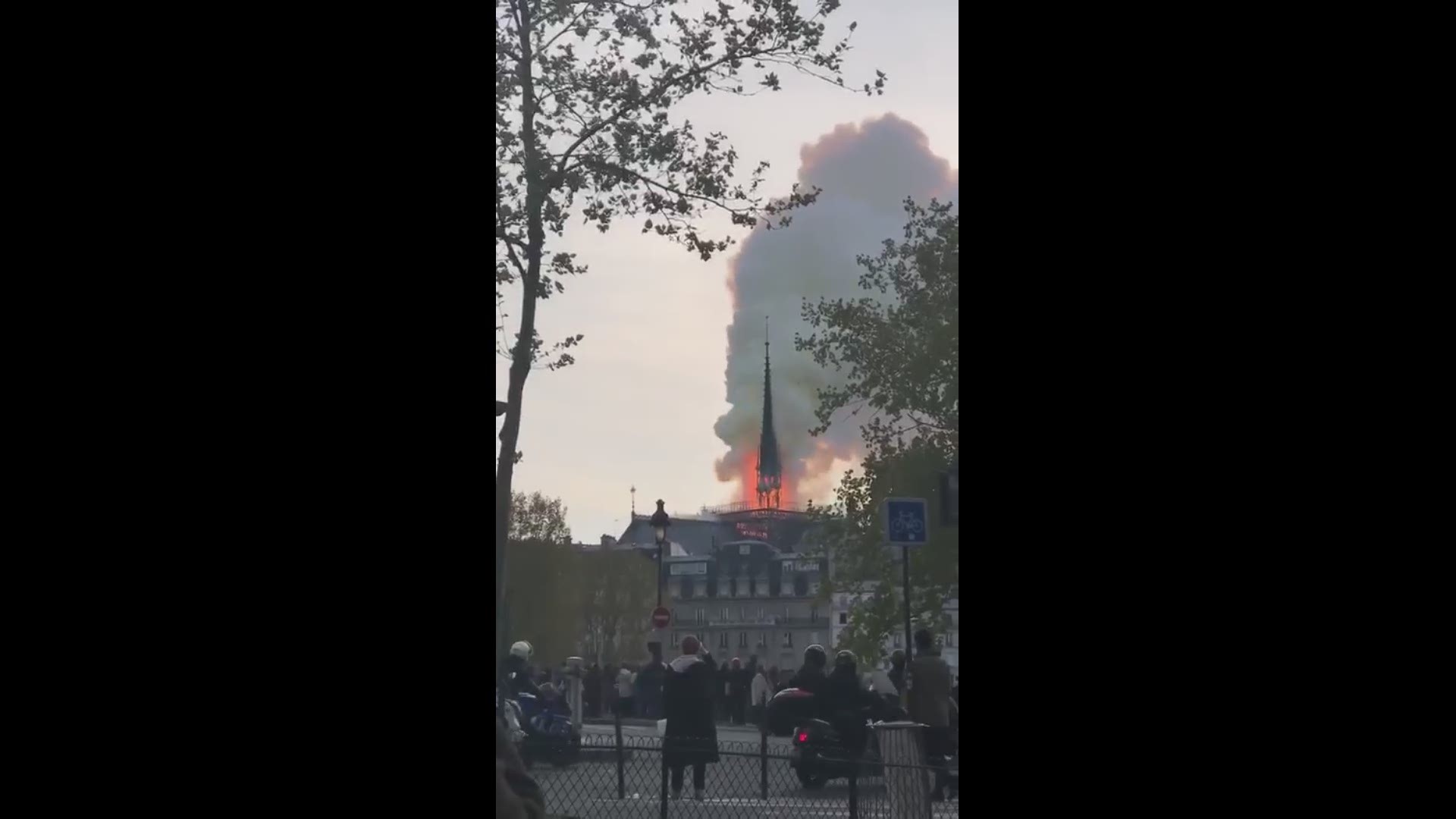 Gagnon was supposed to leave Paris Monday morning but decided to extend his stay so he could tour the cathedral. It's Holy Week and he says it was packed. He waited in line for 45 minutes to go inside.

“It was such an experience to go inside and see everything and the history of it, and to watch a building built in 1100s collapse like that. it was heartbreaking," Gagnon said.

A spokesman with the cathedral said the entire wooden frame of the cathedral would likely come down, and that the vault of the edifice could be threatened too.

"Everything is burning, nothing will remain from the frame," Notre Dame spokesman Andre Finot told French media. The 12th-century cathedral is home to incalculable works of art and is one of the world's most famous tourist attractions.

RELATED: Fire breaks out at Notre Dame cathedral in Paris

The cause of the catastrophic blaze was not known, but French media quoted the Paris fire brigade as saying the fire is "potentially linked" to a 6 million-euro ($6.8 million) renovation project on the church's spire and its 250 tons of lead. Prosecutors opened an investigation as Paris police said there were no reported deaths.

Onlookers somberly sang Ave María as crews worked to put out the blaze.

President of the French Republic Emmanuel Macros tweeted his sadness at seeing "this part of us burn tonight." 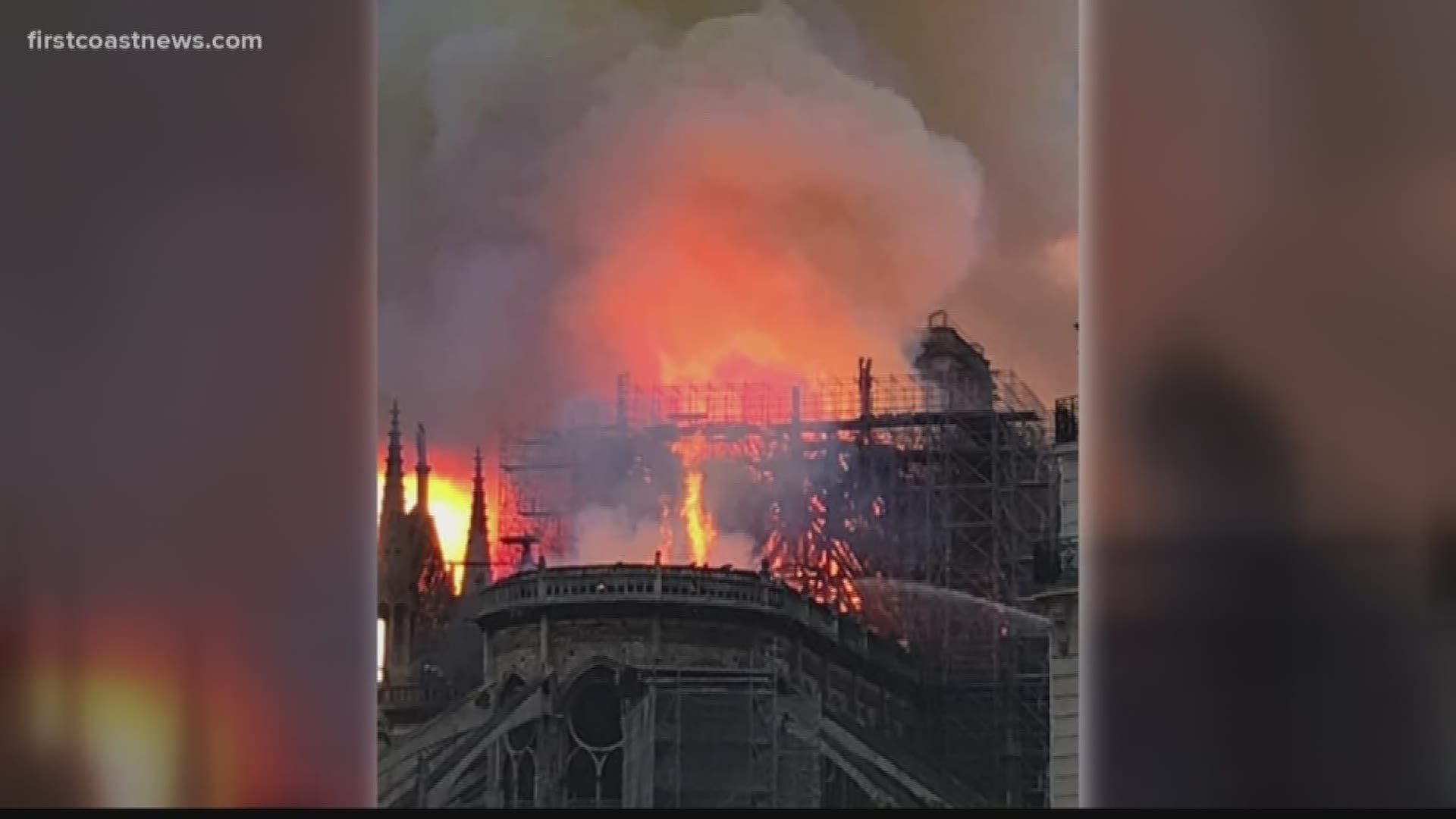