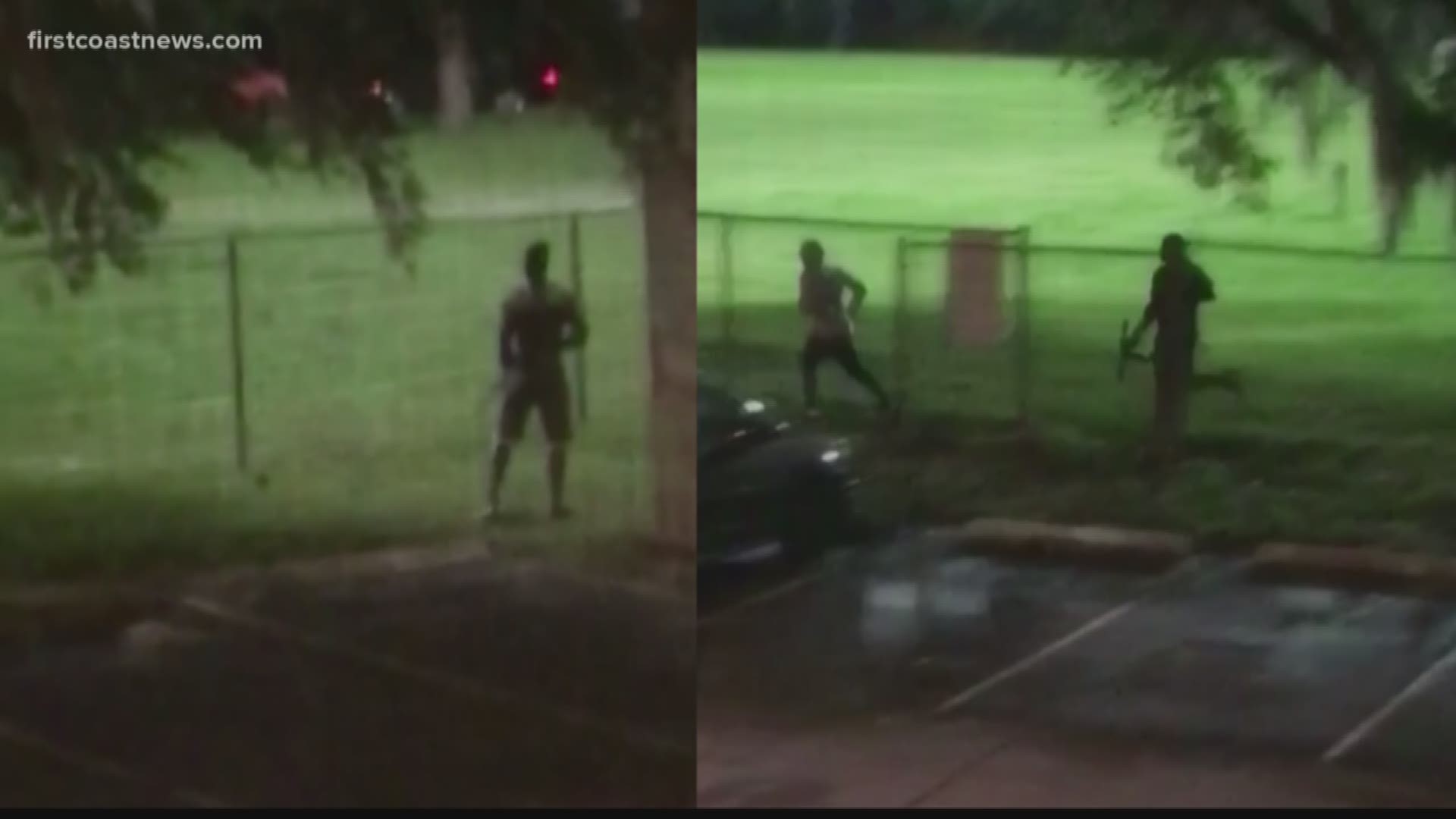 The incident happened May 28 outside the Keys Residential Complex.

According to a University of Florida Police Department Incident report, the altercation was between a group of football players and Devante’ Zachery, 21, who goes by the name “Tay Bang.”

One member of the team told police he and Zachery had a “good relationship” until the Gators started losing, and Tay Bang would complain about losing money after he bet on football games. No other football players told police Zachery gambled on games.

The video shows a group of young men on a field, two of which can be seen carrying weapons that look similar to assault rifles. The UPD report says the airsoft rifles were painted black to appear as assault rifles.

According to the incident report, Kadarius Toney and Kyree Campbell were recommended to UF’s Student Conduct and Conflict Resolution Department for an “incident by holding and pointing what appears to be assault rifles (later determined to be airsoft rifles) at other individuals on campus.”

Four of their teammates were recommended to the same department for allegedly lying to University Police about the incident.

No one is facing any criminal charges from the incident. The team has not announced any suspensions related to the incident.

“We could’ve had a tragedy for no reason," James Coleman, a former FSU football player who now trains athletes, said. “Whether it be airsoft assault rifle, a frying pan or rocks, bottom line is you brought that to [a fight] without knowing what the other side had.”

According to the police report, the football players told police that local men try to pick fights with them when they go out. Coleman said that's not uncommon, and it's something he tries to prepare his athletes for.

Overall, Coleman echoed Head Coach Dan Mullen's statement that he hoped it was a learning experience for the football players.