A patient who recently had a routine physical visit with his doctor by phone says he was shocked when his insurance provider said phone visits weren't covered. 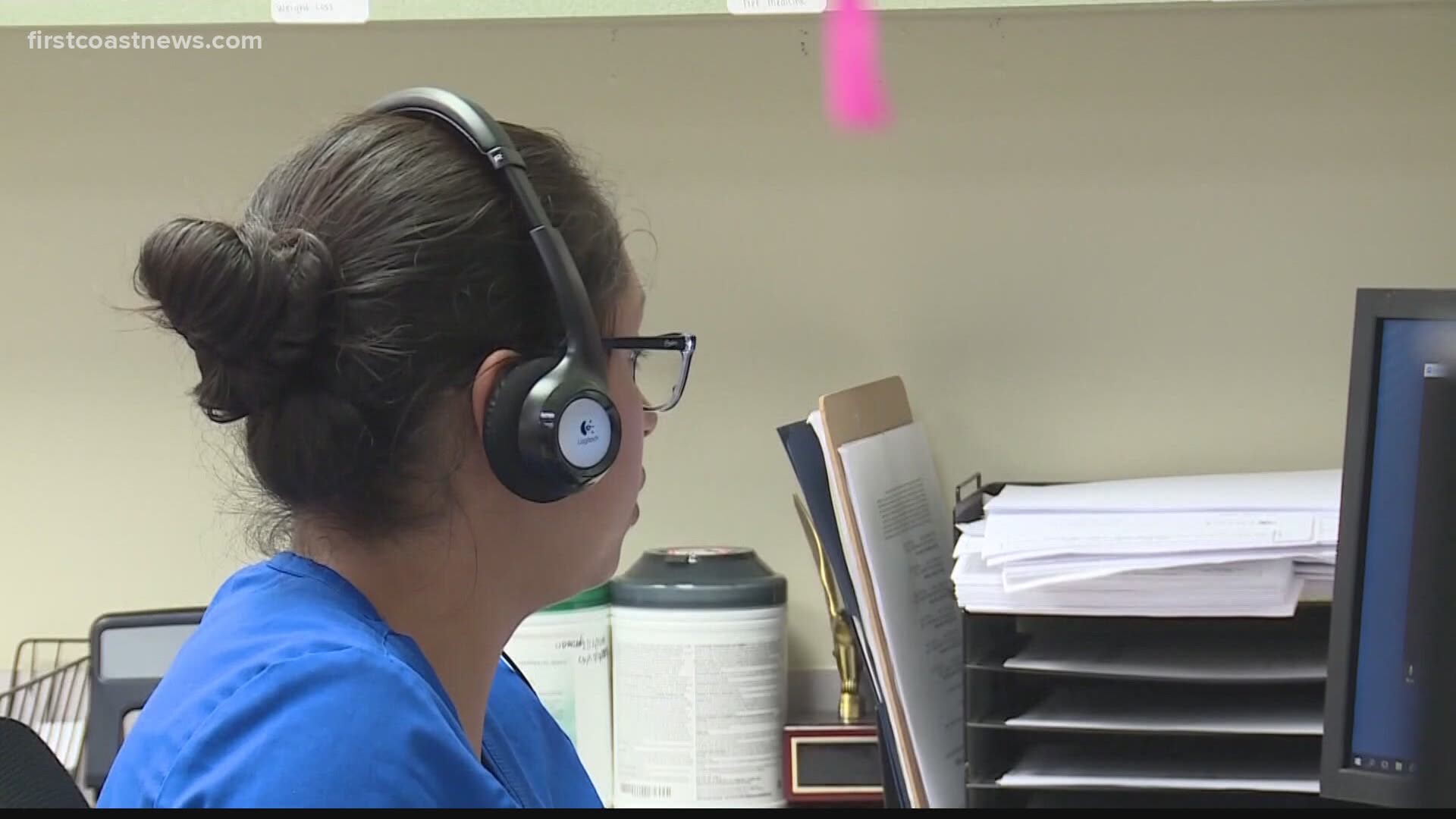 JACKSONVILLE, Fla. — In a new era when so much of our lives are forced to become "virtual," one patient wants First Coast News viewers to know about the bill he received for a recent routine physical held with his doctor via telephone.

“Because of coronavirus, they weren’t doing in-person appointments, so they gave me the option to either have a virtual with a computer screen and a video or a simple telephone call,” Randall Weese said, describing a scenario that’s become the norm for much of the population since the COVID-19 pandemic began.

Weese told First Coast News his health insurance typically covers such appointments – which he’s always done in-person before the pandemic – with an out-of-pocket co-pay requirement of $35.

He said his physical, held in mid-April, lasted about 10 to 20 minutes. About 10 days later, he had an even briefer follow-up phone conversation with his doctor’s office at St. Vincent’s Hospital. Nothing was unusual, he said, until he received a bill Monday.

“For the two phone calls, totaling $168,” he said. Weese said he called the hospital’s billing department, which assured him there was no error, so he then called his insurance provider, Florida Blue, “who said telephone conversations with my physician is not covered under my plan,” Weese said, voicing surprise.

Weese emphasized that he was not trying to single out his health care provider or his insurance carrier of any deliberate overcharge, but that he was concerned that if virtual medical appointments can be charged different fees than in-person visits, a large number of people might be caught by an unpleasant surprise.

“With the number of telecalls, teleconferences with doctors and virtual visits, I cannot be the only one who’s experiencing this, or going to experience this,” Weese reasoned.

First Coast News reached out to both St. Vincent’s Hospital and Florida Blue, both of which said they are willing to investigate the matter further. The hospital sent First Coast News a statement, reading:

“We appreciate the patience and understanding of everyone we are blessed to serve during this rapidly-evolving situation. We understand that medical bills can sometimes be complex given the many factors and organizations involved. Each patient encounter is unique, so we encourage patients to ask any questions they may have ahead of or during their office visits, and to work directly with their insurance providers when applicable to learn more about their individualized circumstances. As the economic impact of COVID-19 continues to evolve, we are diligently monitoring the situation to ensure we’re doing everything we can to protect our patients, associates and communities.”

“During the coronavirus pandemic, Florida Blue is dedicated to making sure our members have access to the health care they need. That is why we are temporarily covering virtual doctor visits for non-emergency illnesses so members can remain in their homes. Audio-only visits may be covered if video capability is not available. Virtual doctor visits are covered at the regular office visit rate, but coverage varies by the type of plan a member has. Members should check with Florida Blue about coverage options before scheduling a phone visit with their doctor.”

Weese underscored that what he believes is an erroneous overcharge doesn’t threaten him financially. However, asked what advice he would give anyone arranging a virtual medical appointment – especially if forced to do so because of the coronavirus crisis – he offered, “If I know that I’m going to be making a virtual appointment or a telephone appointment, I would be calling my insurance company first, to make sure that I’ve got coverage that will cover me for that type of call.”

“With it being kind of the only way to get to talk to my doctor, [I assumed] that the insurance company would have already done that for me,” Weese said. “And that was a mistake on my part for assuming that.”

Convinced that there was a systemic error someplace that could affect many people, Weese voiced his underlying concern.

“I just hope that they get it corrected, so every person doesn’t have to make the phone calls that I made.”