The airplane was a Boeing 737-800 with 136 passengers and seven crew members on aboard . Twenty-one people sustained minor injuries. 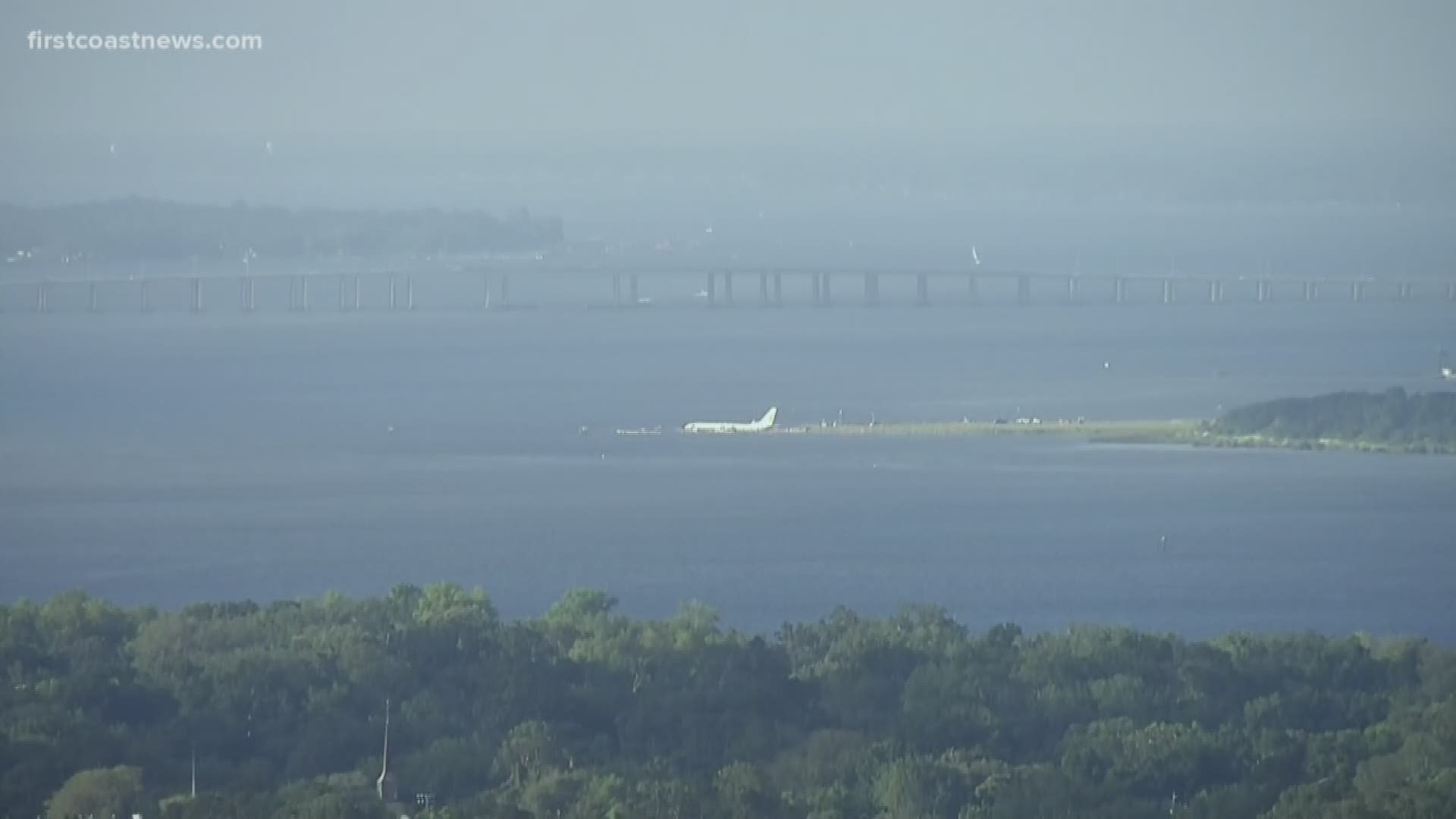 A Boeing 737 aircraft with 142 people on board skidded off the runway and into the St. Johns River near the NAS Jax airport Friday around 9:40 p.m.

Twenty-one people were taken to the hospital with minor injuries. Everyone else was treated at the scene, according to NAS Jax and the FAA.

RELATED: 'It's a miracle:' No fatalities, minor injuries after plane skids into St. Johns River with 142 people on board

NAS Jax said there was a mix of military and civilians on board, and added there may have been pets, but none have been accounted for or recovered.

The passenger airplane was a Boeing 737-800 from Miami Air.

According to the FAA, it was a DOD contracted flight, not a commercial flight. The flight originated from Naval Station Guantanamo Bay, Cuba, with the destination being NAS Jax.

The NAS Jax commanding officer said there is not yet a timeline of when the plane will be removed from the water.

The mayor sent a tweet about the incident asking for prayers and saying President Donald Trump has called and offered support.

Credit: Boeing
The type of plane the skidded off of the runway in the St. Johns River was a Boeing 737-800 from Miami Air. This is a photo of that type of plane.