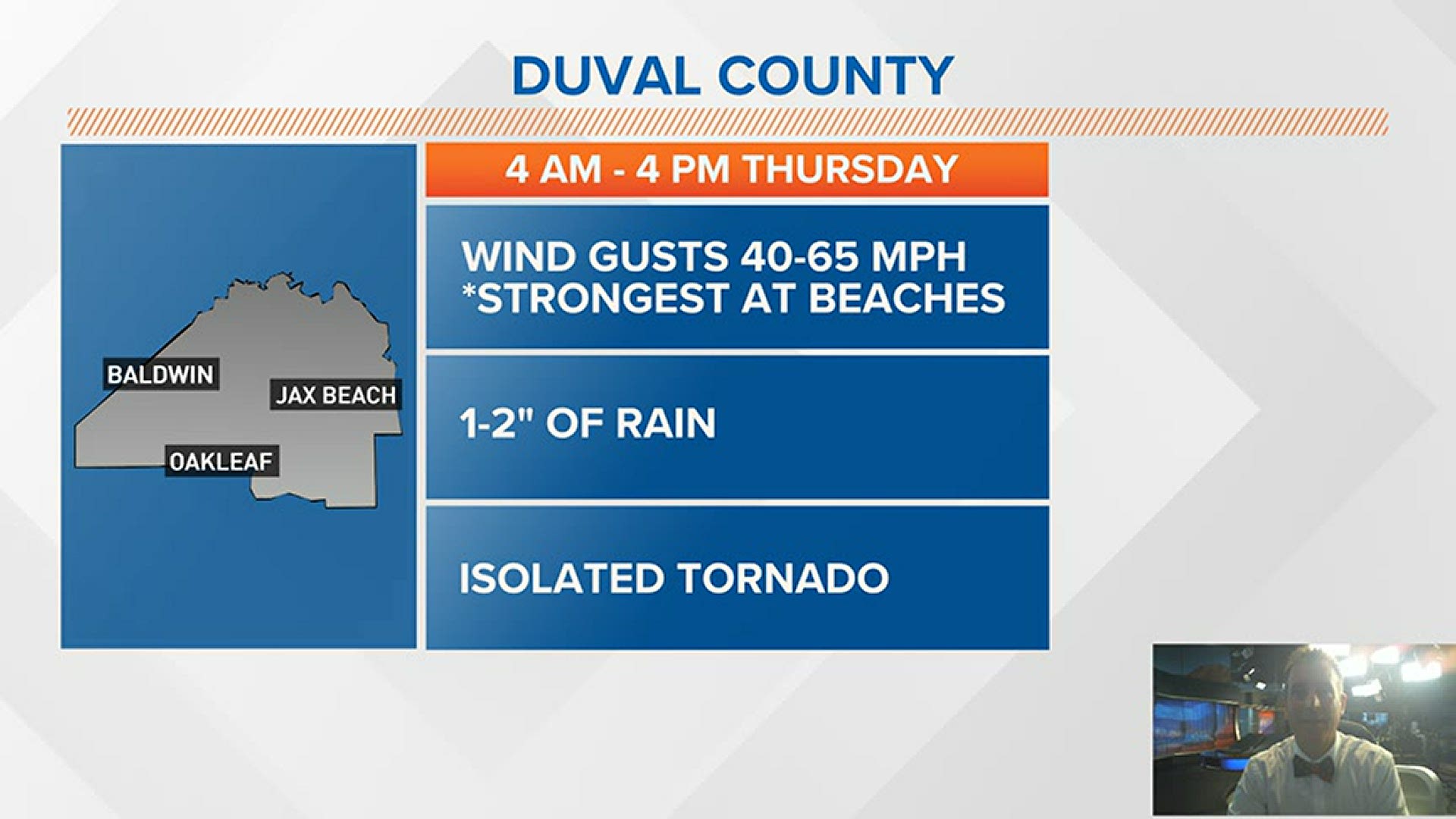 GREEN COVE SPRINGS, Fla. — The Clay County School District announced schools will be closed and after-school activities will be canceled Thursday in preparation for Tropical Storm Eta. The district plans to reopen Friday.

Power outages, downed trees and limbs will be the main issue to watch out for, Ward said.

Tropical Storm Eta is predicted to impact Clay County with possible tropical-storm-force winds or wind gusts, and heavy bands of rain beginning at 10 a.m. and the most significant impact predicted around 2 p.m.

Superintendent says they’ll watch and wait until 5p to determine if schools will close. No closures or after school event cancellations announced yet @FCN2go pic.twitter.com/LaZXQAfU3T

The county says St Johns River and Black Creek could experience minor flooding during periods of high tide and some urban flooding in low-lying areas is possible.

RELATED: Hurricanes stay stronger longer after landfall than in past, study says