The video appears to show deputies telling the teen to back off, followed by a takedown. 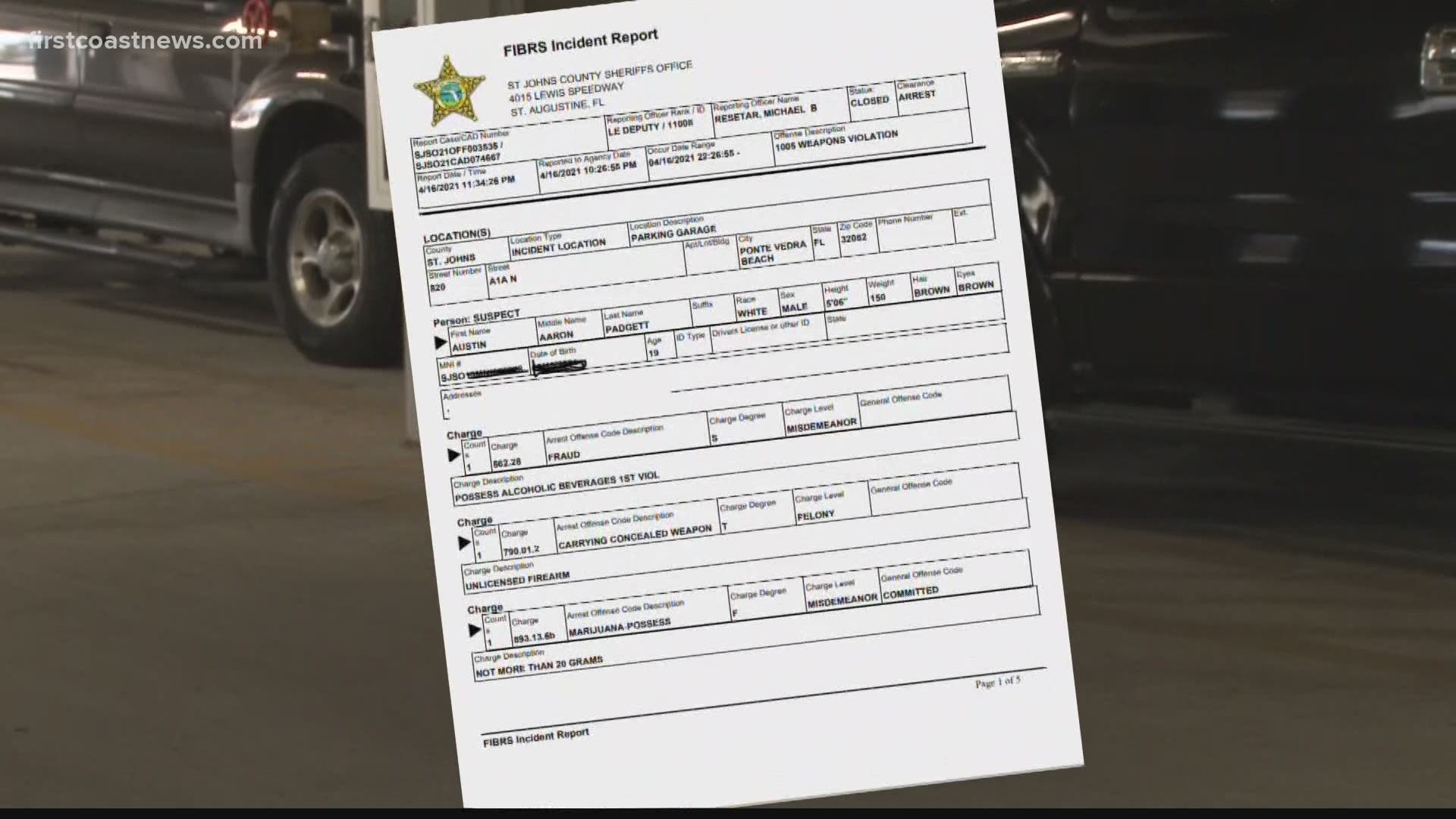 ST. JOHNS COUNTY, Fla. — A police confrontation and a video. It’s a scenario that’s becoming increasingly common in the age of social media.

A local video has gone viral on TikTok showing a teenage girl allegedly interfering with an arrest, and a forceful takedown by a sheriffs’ deputy.

According to a sheriff’s office report, Austin Padget, 19,  was seen quickly putting something under a car.  A deputy determined that item was a gun.

In the video, the girl appears to curse at the deputy and is seen pushing him. Then, the video shows the deputy taking the girl to the ground.

"She engages the officer by physically putting hands on the officer, and the officer in turn goes to arrest her and does put her to the ground pretty hard," Baughman said. "No doubt about it. She’s not a big person. This is all about obeying verbal commands."

Baughman noted that the report states deputies had already found a gun, drugs and alcohol on the scene. Also, he said she can be seen reaching behind her back in the video.

The St. Johns County Sheriff’s Office told First Coast News that the deputy’s actions were reviewed and found to be reasonable. A statement from the sheriff's office reads,

"The review has been completed, and given the facts of the incident, it was approved and deemed within policy”.

"She should’ve listened to the verbal commands and waited, and said, 'Okay. I’ll step back. Can you explain this to me and what’s going on?  And tell me how I can help him,'" Baughman explained.

The girl was arrested for battery on a law enforcement officer because the video appears to show she pushed him. It is a felony charge.