According to the incident report, on May 27 an off-duty officer saw a video of the two teenagers throwing the scooter into the river while scrolling through TikTok. 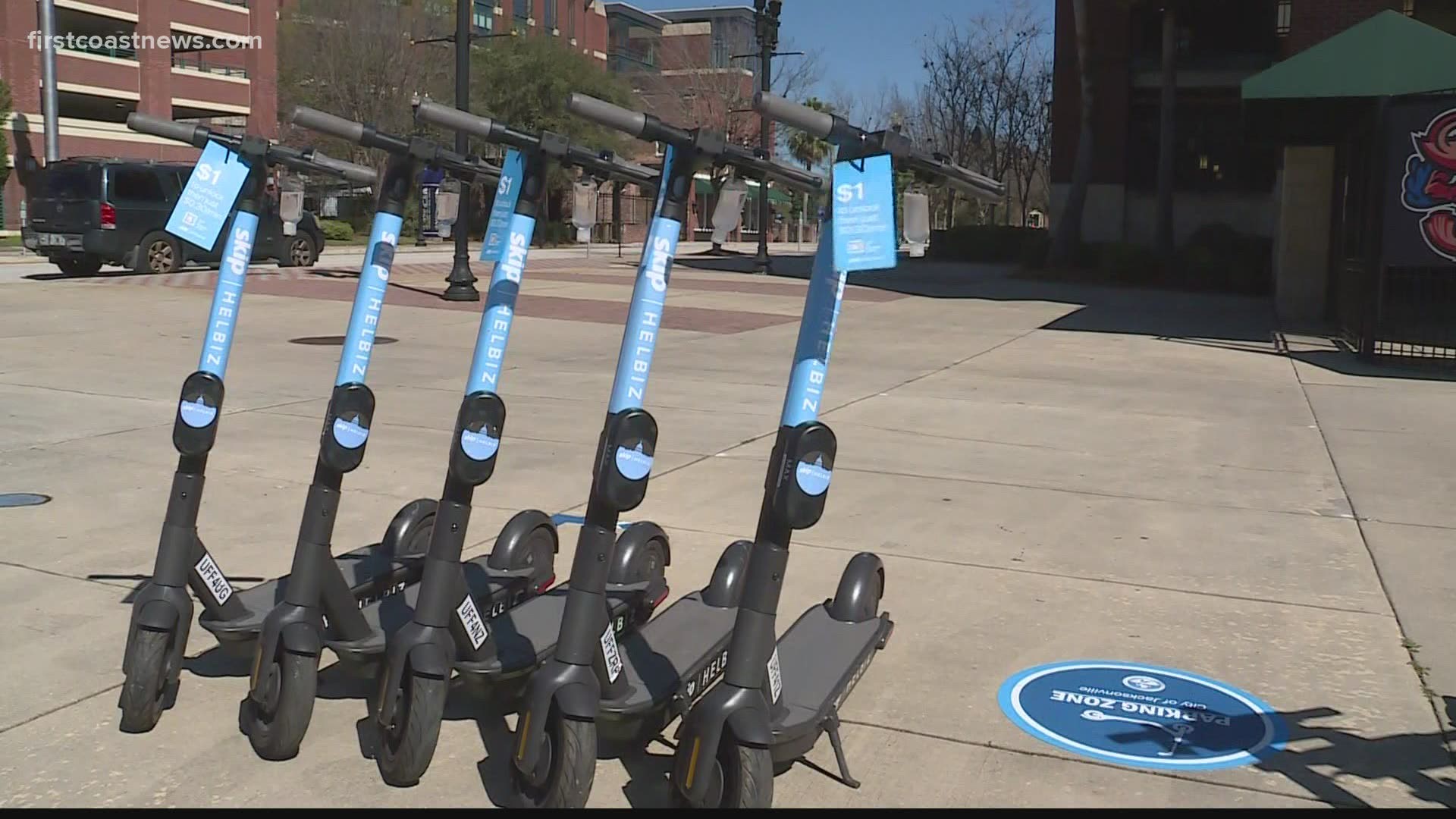 JACKSONVILLE, Fla. — You should always be mindful of what you post on social media as you never know you'll end up seeing it.

This was true for two teenage boys after an off-duty Jacksonville police officer stumbled across a video of them allegedly throwing an electric scooter into the St. Johns River.

A 17 and 18-year-old have been charged with criminal mischief and dumping litter. First Coast News is choosing not to name them due to the nature of the crime.

According to the incident report, on May 27 the officer saw a video of the two teenagers throwing the scooter off a ledge into the river while scrolling through TikTok. The officer was able to identify the Main Street Bridge in the background, which is a Landmark in Downtown Jacksonville.

In the video, obtained by First Coast News, two boys can be seen lifting up a scooter and throwing it into the rover with the caption: "The scooter took $15 and didn't even work so we did this." 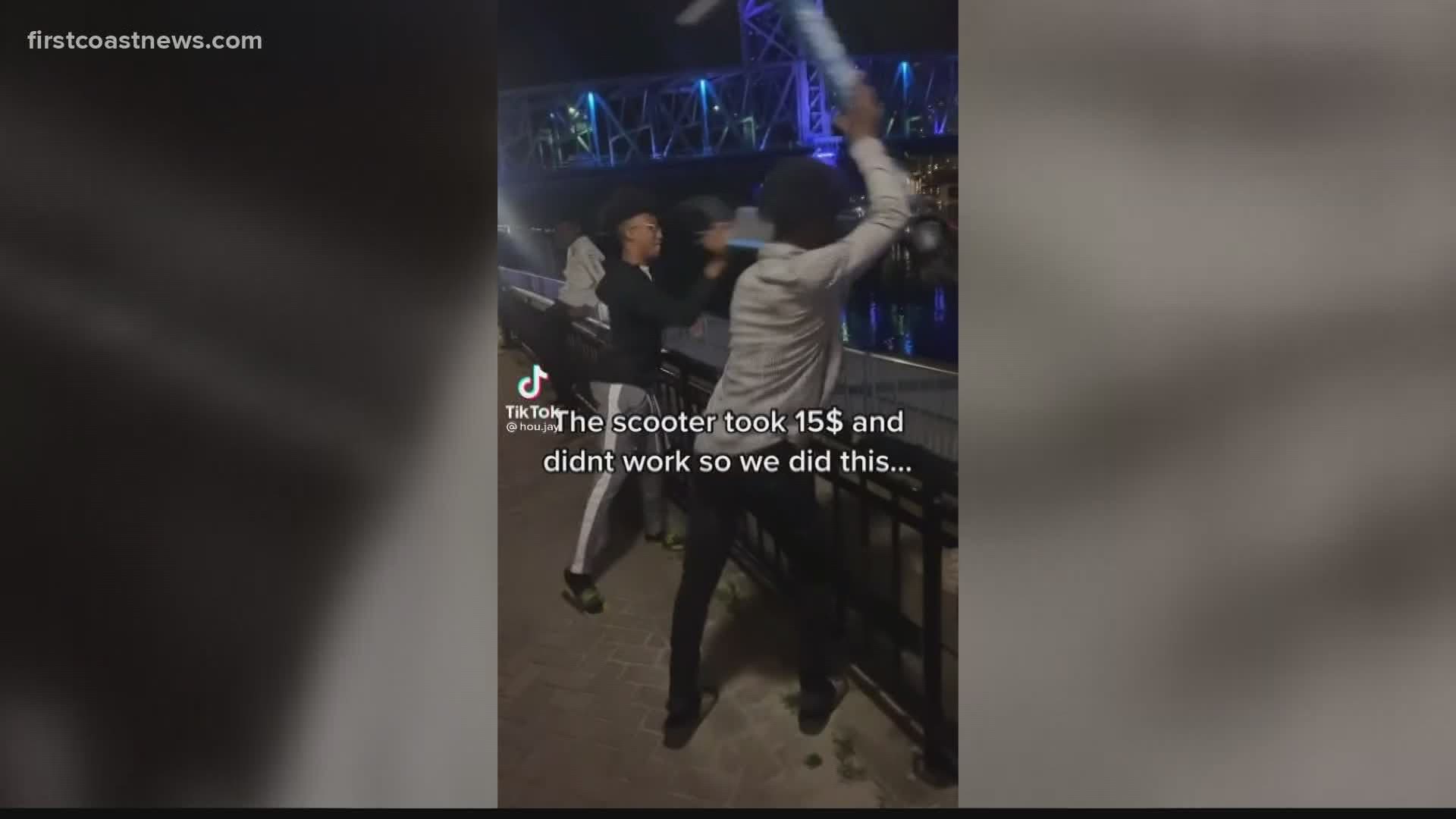 The police report says the scooter was owned by a company called Blue Duck who informed police they did want to press charges.

Police were able to determine the teens went to First Coast High School and made contact with them. The teens were then charged with the two crimes.

The City of Jacksonville told First Coast News it was aware of the video and has spoken with the vendor. The city said it was not aware of any steps that the vendor has taken to retrieve the scooter.

When asked about whether the city has received complaints about scooters downtown late at night a city spokesperson responded:

"The City has received complaints, these complaints have been addressed with JSO as well as the vendors. Recently, through Ordinance, a prohibition on the operability of scooters between the hours of 12 a.m. and 5 a.m. was enacted. The vendors have been advised that this prohibition will begin June 1."

The city says it will continue to work with the vendors when and if future issues with the scooters arise.