41 nurses in California and more than 400 nurses nationwide lost their lives. 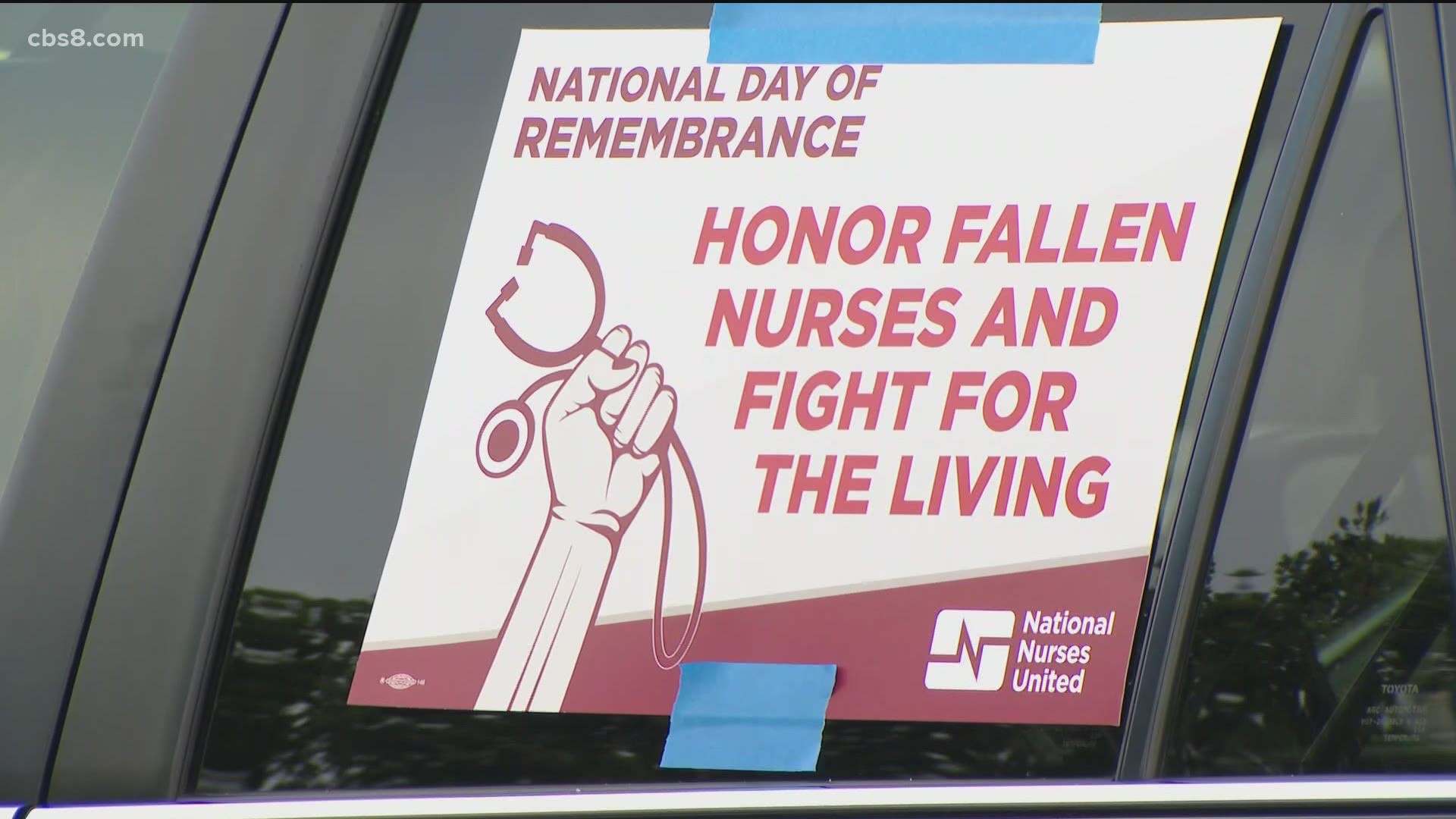 SAN DIEGO — A nationwide remembrance was held Wednesday for nurses who died from coronavirus during the pandemic. The events were held as a part of Nurses Week and organized by National Nurses United, the largest nurses’ union in the country.

Heartbreaking. That was the word used to describe how it felt for nurses to see their friends and co-workers die from coronavirus. Sandra Falwell is a retired nurse who said she did what she could to provide support to her former co-workers still on the front line.

“Many were having so many issues and yet they went day after day. I would get friends texting me from work, saying I’ve been here 16 hours, which is not what we need to do or want to do but they felt they could not leave their patients,” Falwell said.

May 6 through May 12 is celebrated as Nurses Week. Nurses around the country, including in Chicago, Tampa and Las Vegas, gathered at drive-ins, stayed in their cars and remained socially distant for the event. The vigil held in San Diego paid tribute to the 41 nurses in California and the more than 400 nurses nationwide who did not survive.

“These nurses, they gave the ultimate sacrifice. They cared for the patients and because of that, they are not here anymore. They deserve so much more than they’ve been given over this last year, so much more recognition, so much more respect, so much more remembrance. This should’ve been done every day of the whole pandemic,” said Angela Bongo, a Nurse with Palomar Medical Center.

Some of the nurses also talked about the lack of proper PPE during the height of the pandemic. They said medical staff were left unprotected.

“We’re telling them that you do not send soldiers into battle without ammunition. So you should not be sending your nurses and healthcare workers to areas without optimal PPEs. If we had optimal PPE a year ago, these nurses might be alive,” said Dalia Tayag, the National Nurses United Vice President.

Tayag also said that they’re now fighting for policy changes with the White House that can provide better protection for healthcare workers in the event of another global pandemic.