After years of searching, a Jacksonville woman meets her biological dad for the first time. 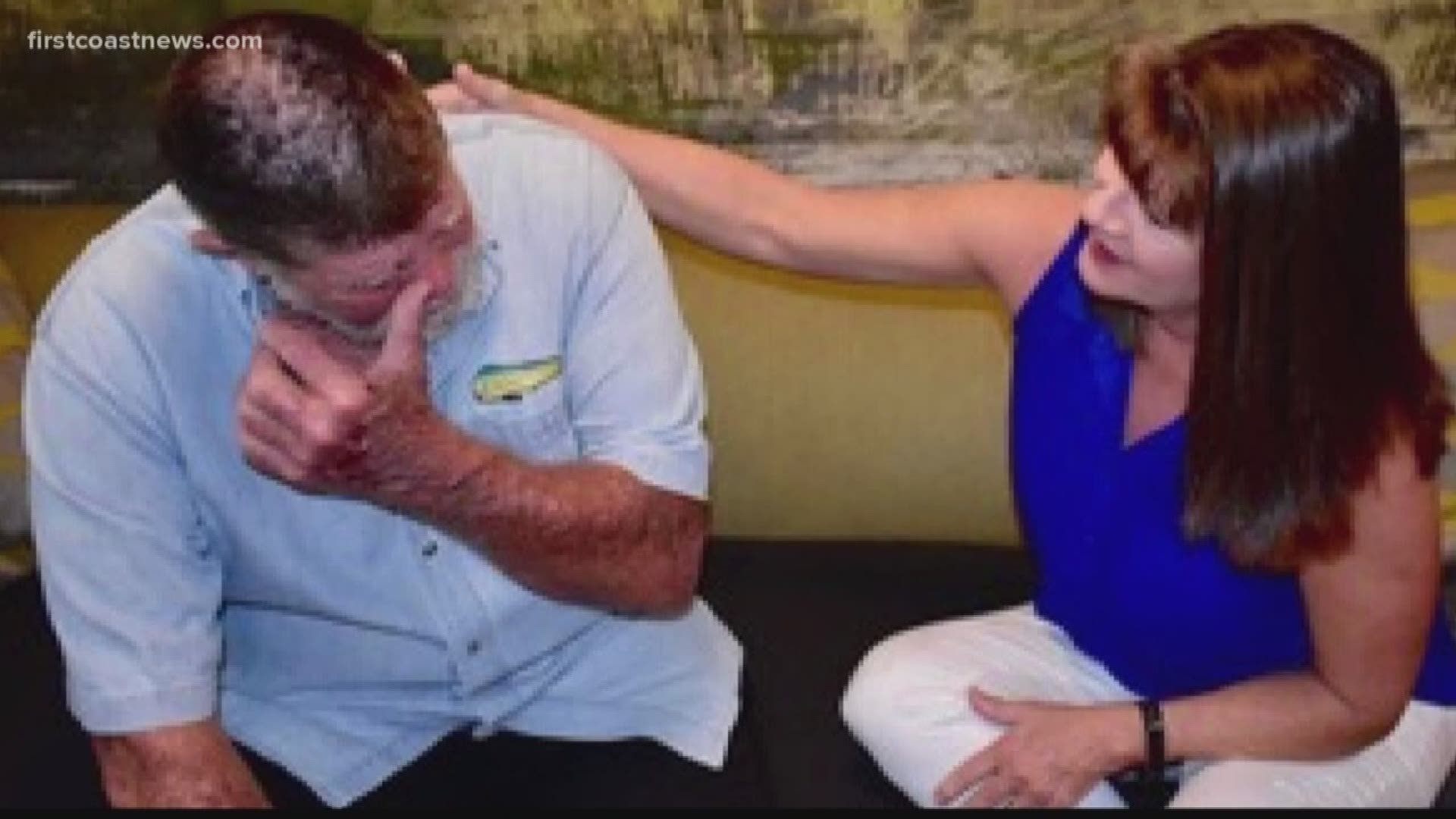 JACKSONVILLE, Fla. — A heartwarming meeting between a father and daughter was caught on camera.

A meeting that’s been years in the making. She has been searching for someone who looks like her -- that person found in the eyes of her biological father, David Rutherford. Father and daughter spoke with First Coast News via video conference from Rutherford's home in West Palm Beach.

“I just had a feeling that you can’t express," Rutherford said about meeting his daughter, Jeri Jo, for the first time. "The feeling -- it was just the greatest feeling I ever had

He is a Vietnam veteran and did not know that when he left for boot camp decades ago, a girl he had been seeing became pregnant.

When he returned from the war, he started a family and carried out his life but added he was always suspicious he may have a daughter out there. Meanwhile, in Jacksonville, Fox grew-up went to college, got married, and had children of her own. Curious of her roots, it was only recently that she turned to help online.

A search through an ancestry site linked the two. Fox said she entered her information and a possible match came back for a "parent or child" as Rutherford. She reached out and enlisted the help of another match, a man who is Rutherford's brother and her uncle.

She explains the first meeting also uncovered a lot of similarities.

Credit: WTLV
A note Rutherford added to flowers presented to Jeri Jo after their first meeting.

That was was a few weeks ago. Jeri Jo made the trip back to West Palm Beach over the weekend – this time David dug out mementos to share.

"When I was going through boot camp, it was getting close to when she was born so I felt like I had to give her something that was close to me and that was my dog tags," Rutherford said, "I wore them for four years and I gave her the dog tags so she could be close to me."

The two say they’re taking it to step by step: meeting each other’s spouses and eventually plan to introduce her children to their grandfather.

"When you meet somebody like that for the first time, it could go any way, and our meeting went the best way," Fox said.