A Facebook Live video shows beachgoers trying to help the whales back into the water. 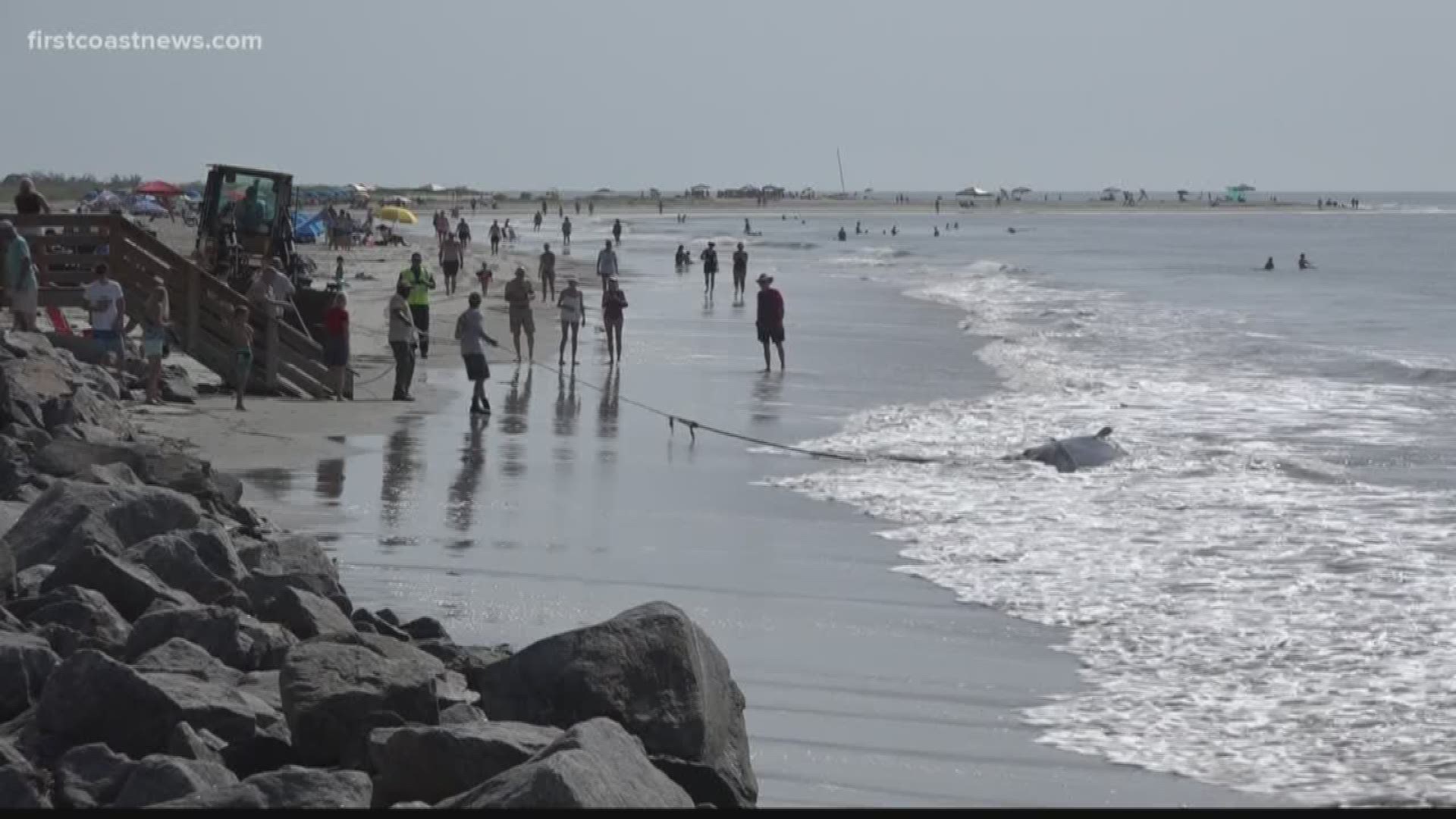 Dozens of pilot whales beached themselves at St. Simons Island Tuesday evening, according to the Georgia Department of Natural Resources.

A Facebook video posted after 6 p.m. shows hundreds of beachgoers trying to push the whales back to sea.

As of 7:40 p.m. all of the whales are back in the ocean, according to Glynn County EMA and Homeland Security, however, we have learned that two whales have since died.

Tony Burch, a shark expert who works with the National Marine Fishery Program, happened to be swimming in the area when the mass beaching occurred.

Burch said the tide allowed locals to push the whales back in the water. While some beachgoers believed that a shark may have forced the whales to the beach, Burch said sharks had nothing to do with the incident.

Though Burch maintains that a shark was not the issue, he, along with other marine experts at the scene, are still unsure as to what could have caused it.

While a mass stranding such as this is unusual, NOAA Southeast Regional Marine Mammals Stranding Coordinator Blair Mase told First Coast News that pilot whales can sometimes become determined to strand at the beach.

Pilot whales could weigh anywhere between 800 to 1000 pounds, Mase said, making them powerful enough to cause injury to someone without experience

Mase warns that beachgoers should only act when under the direction of an expert. If you see a beached or stranded whale, call 1-877-WHALE-HELP. 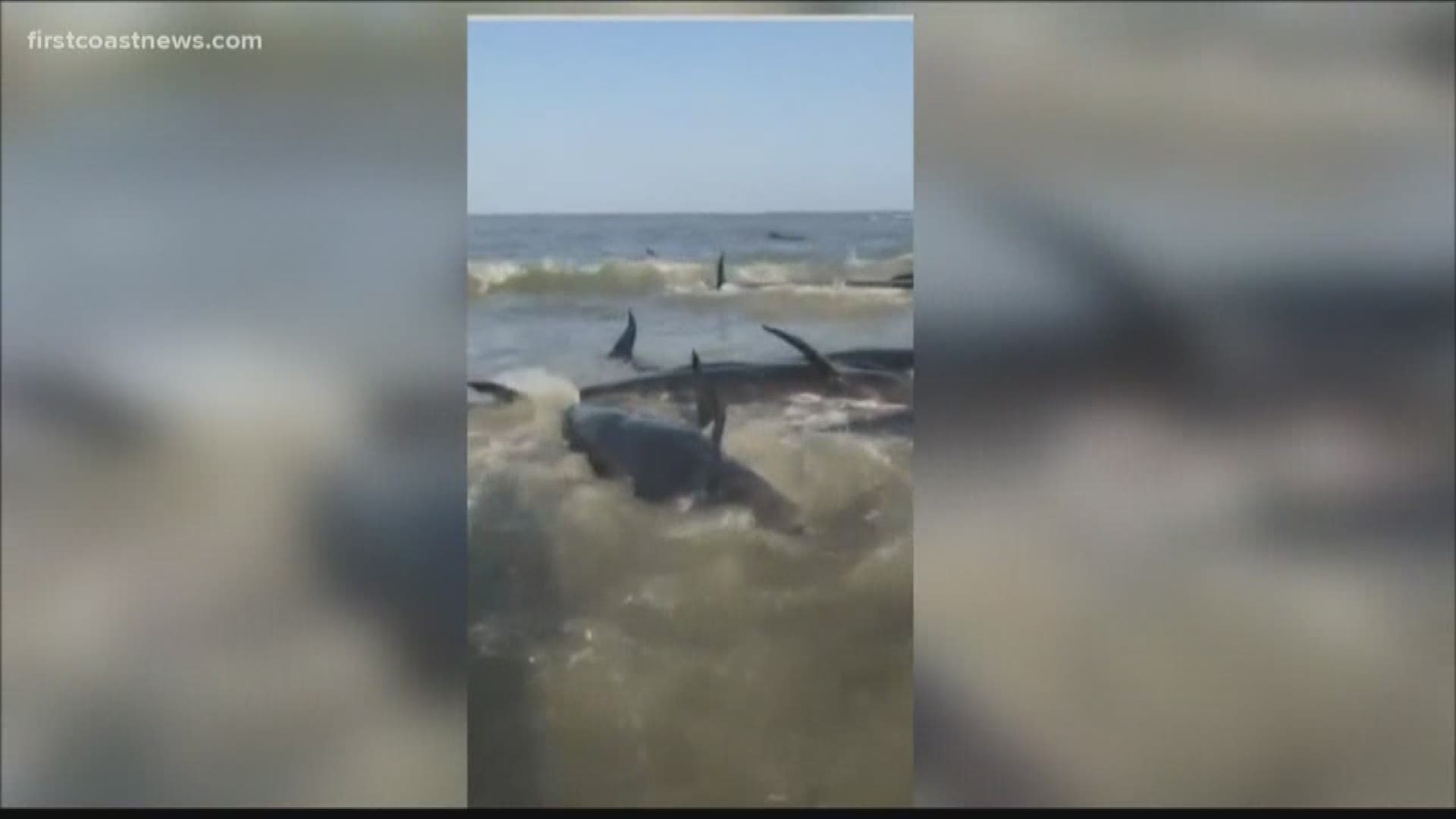