The State Fire Marshal has been called in to investigate the fire. 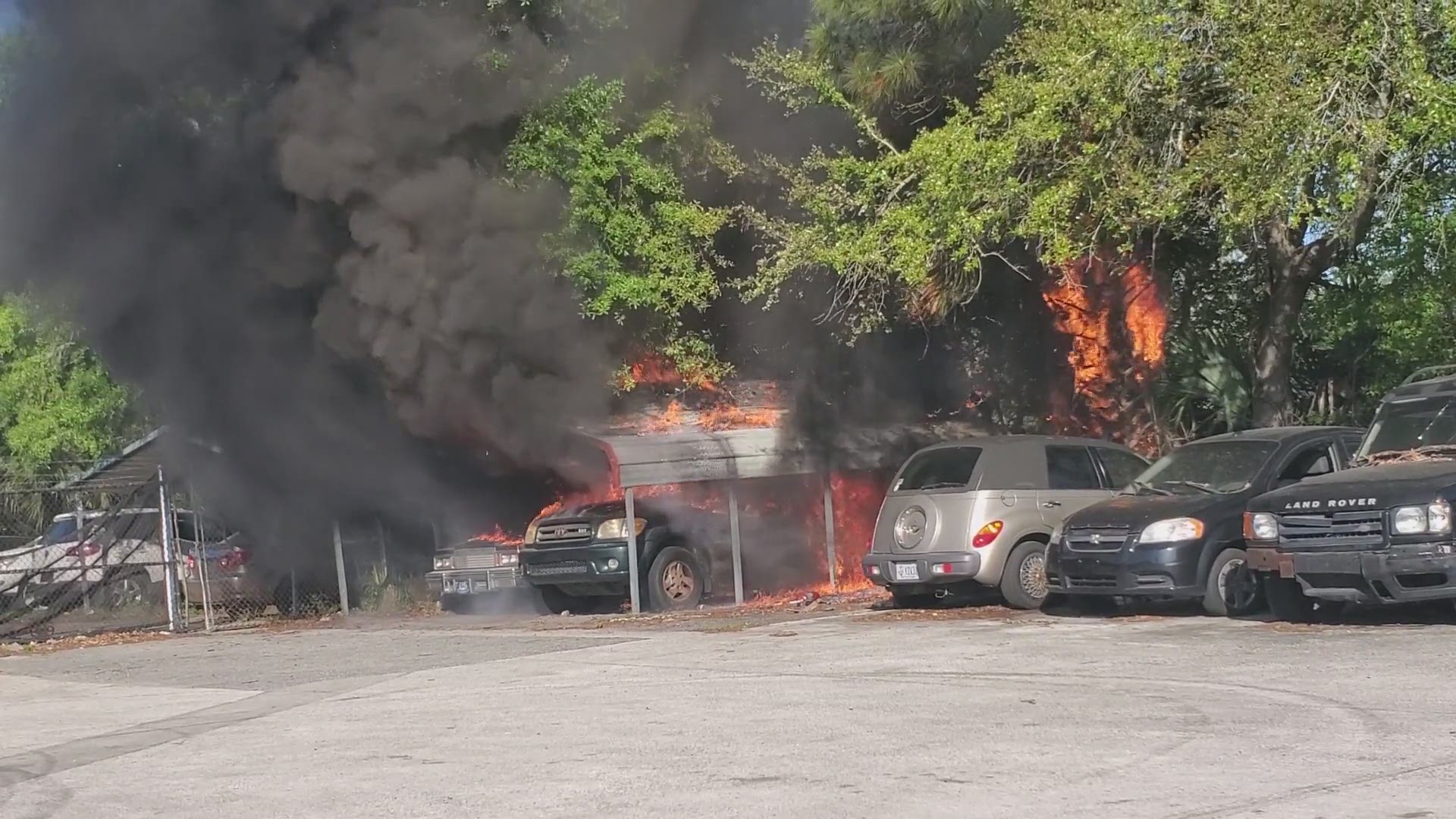 JACKSONVILLE, Fla. — The Jacksonville Fire and Rescue Department is responding to a large car fire at a muffler shop in the Pine Forest area.

The fire is happening at Rainbow Muffler Man in the 5300 block of Phillips Highway, according to the FDRD.

The fire started with one vehicle and eventually spread to a second vehicle. There are two fire units on the scene, JFRD said.

The cause of the fire is unknown at this time. The State Fire Marshal has been called in to investigate the fire.

In April 2015, another fire at the same location sent two people to the hospital when a spark ignited a flammable fluid.