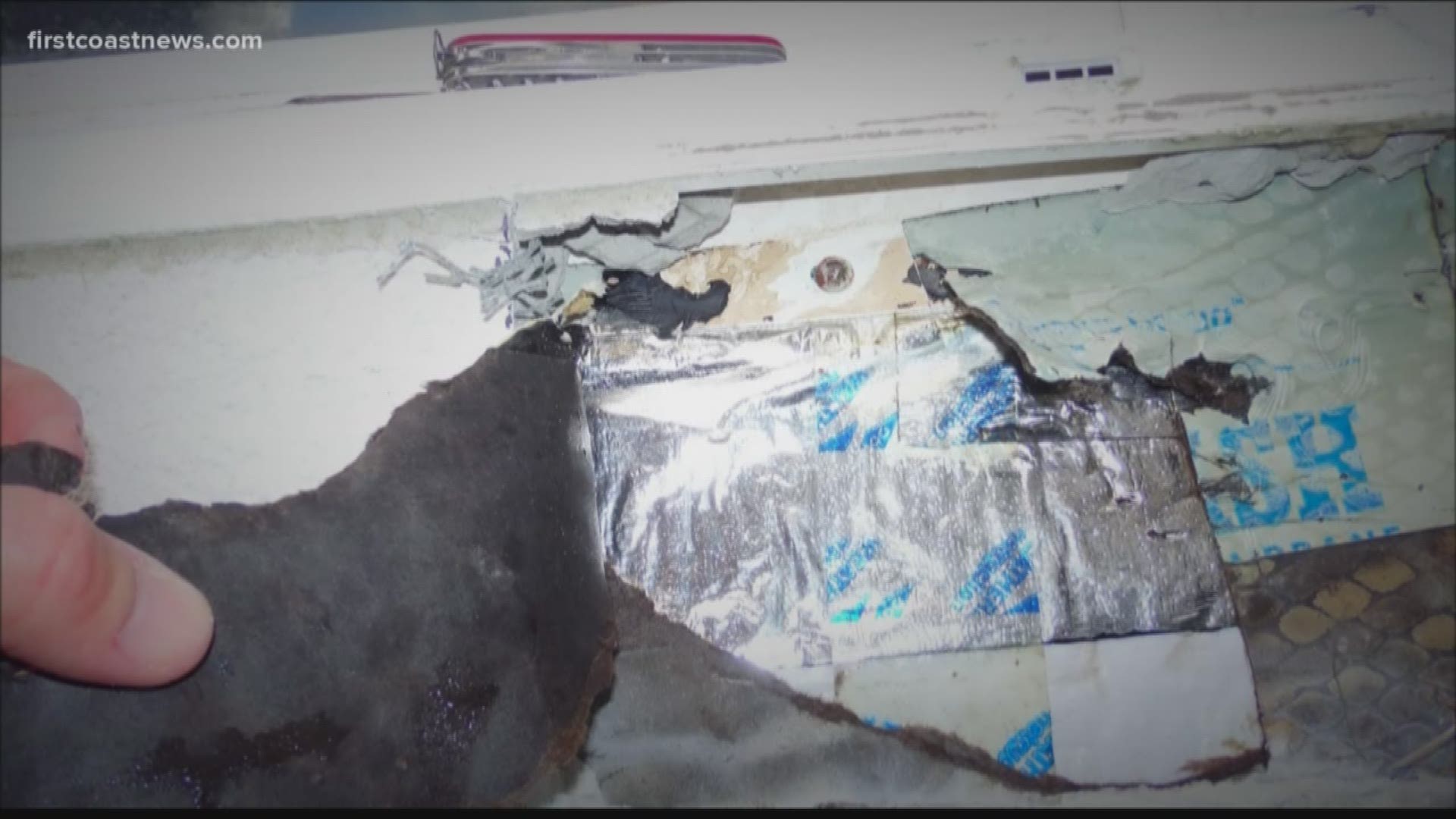 For years, residents of the Herons’ Landing subdivision on Beach Boulevard have lived in condos that a jury found structurally deficient, and in violation of Florida’s building code.

Now there is some hope that repairs are coming.

A Florida Supreme Court decision Tuesday put an end to a six-year lawsuit, forcing homebuilder D.R. Horton to pay nearly $14 million to repair 240 condos. It’s one of the largest construction-defect judgments in local history and ostensibly a victory for the condo owners.

But the path to last week’s decision has been so arduous, condo owners are more circumspect than celebratory.

“It’s certainly not a victory. It’s more a cautionary tale,” former Duval County Magistrate Judge John Sampson said. Sampson served as president of the Heron’s Landing Condo Owners Association throughout the litigation. “We’ve been fighting them for six years now. It came out well, but other [homeowners association] boards just don’t have the wherewithal to take on a corporate giant like this, that seemed unfeeling and uncaring.”

A the heart of the construction defect claim was improperly applied stucco, which cracked and led to water damage. But there were also significant problems with windows, balconies, insulation and roof vents.

“They were built fast and they were built cheap,” attorney Barry Ansbacher, who represented Heron’s Landing, said. “Where corners were cut were not the ‘cosmetic’ finishes people can see, but it’s the bones of the building -- the stuff that gets hidden until it falls apart.”

The company disputed that claim at trial, arguing that the homes were fine, that they hired reliable subcontractors and that all of the buildings passed inspection and were certified by the city of Jacksonville. They also faulted the condo owners for failing to properly maintain the homes.

After an epic 36-day trial in the summer of 2016, the jury sided with condo owners and found D.R. Horton negligent, in violation of Florida Building Code and in breach of implied warranty. The jury awarded $9.6 million, and later court decisions added an additional $3.5 million in attorney’s fees and costs. But the case has continued to drag on, and D.R. Horton still has not paid.

“They use the expense of the process and time delay, and they use it as a weapon to prevent people from getting fair value for what is defective,” Ansbacher said.

He says cases like this aren’t just expensive and time-consuming, they are exhausting for the plaintiffs.

“It’s asking a lot of people to go that far,” Ansbacher said. “The board of directors, homeowners just get worn down.”

Sampson agrees. He says the lawsuit required hundreds of thousands of dollars in special assessments to litigate and consumed hundreds of hours of the board’s time. But it also prevented many condo owners from selling or moving on.

“Since 2013, when the lawsuit was first initiated, people couldn’t sell their condos because no financial institution would give them a mortgage," Sampson said. "People who could no longer afford repair bills had to take a short sale.”

Credit: WTLV WJXX
Attorney Barry Ansbacher says the years it takes to mount a construction defect lawsuit is an effective deterrent. “It’s asking a lot of people to go that far. The board of directors, homeowners just get worn down.”

The lawsuit itself was unusual because construction defect claims are typically handled in secret arbitration proceedings. Virtually every new home contract prohibits owners from suing in open court, and instead forces them into a closed hearing with the builder. Since this case was filed not by individual condo owners, but by the condo association, the claim is freed from those limitations.

But cases like this could become even less frequent if bills being contemplated by the 2020 Florida Legislature become law. One bill introduced by Senator Dennis Baxley (R-Ocala) would require a claimant suffer “significant damage to the performance of a building,” a standard that would seem to exclude mold and myriad other building code violations.

The bill would also require the signature of an individual claimant as part of the litigation process, a tiny detail that could obviate cases brought by homeowners associations, as in the Heron’s Landing case. The bill also adds several steps at the early stage of any construction defect claim that will increase the cost and complexity of filing suit.

Another bill, introduced by Daytona area Rep. David Santiago (R-Deltona) would require a homeowner pay for and make repairs to their home before collecting the first penny of a construction defect judgement. For Heron’s Landing condo owners, that would’ve meant financing roughly $10 million in repairs, over and above the money they shelled out to litigate.

First Coast News could not reach D.R. Horton for comment. Throughout the trial, the company refused to discuss the case or the claims, but issued this statement:

"D.R. Horton is committed to superior customer service and providing families with quality homes and neighborhoods in North Florida. While we do not believe the community has the construction defects alleged in the lawsuit, D.R. Horton intends to fully cooperate with the legal process.”

D.R. Horton dubs itself “America’s Largest Homebuilder,” with operations in 29 states 90 markets, including hundreds of subdivisions in Florida and Georgia. According to its website, it has built more than 730,000 homes since its founding in 1978.

Credit: courtesy Heron's Landing
Leaky roof vents caused extensive problems in the 2-story condos, and are among millions in repairs that will begin as soon as D.R. Horton makes good on its debt.

Sampson is gratified the Florida Supreme Court denied the company's motion for a rehearing saying, "it puts an end to the case against D.R. Horton." But even after the company pays, he says, it will take years to repair the condos, a job that includes stripping all the stucco off and replacing it with something else.

“I’m satisfied that we did what we felt was right, and we prevailed, but it’s not the end of the road. There is another 2 to 3 years of work and endless volunteer hours to get the place up to speed.”

Ansbacher agrees and says any celebration is tempered by the time it took to get here. He notes that homeowners filed their first formal claim against the company in 2011 – nine years ago.

“We would consider this ultimately a victory that justice prevailed,” he says, “but they’ll say look -- even if you prove you’re right, it’s gonna be eight, nine years later before you even see a penny.”