Veterans with PTSD get masks from a surprise donor

The pandemic is taking its toll on non-profits. But in this story, one non-profit stepped up to help another. 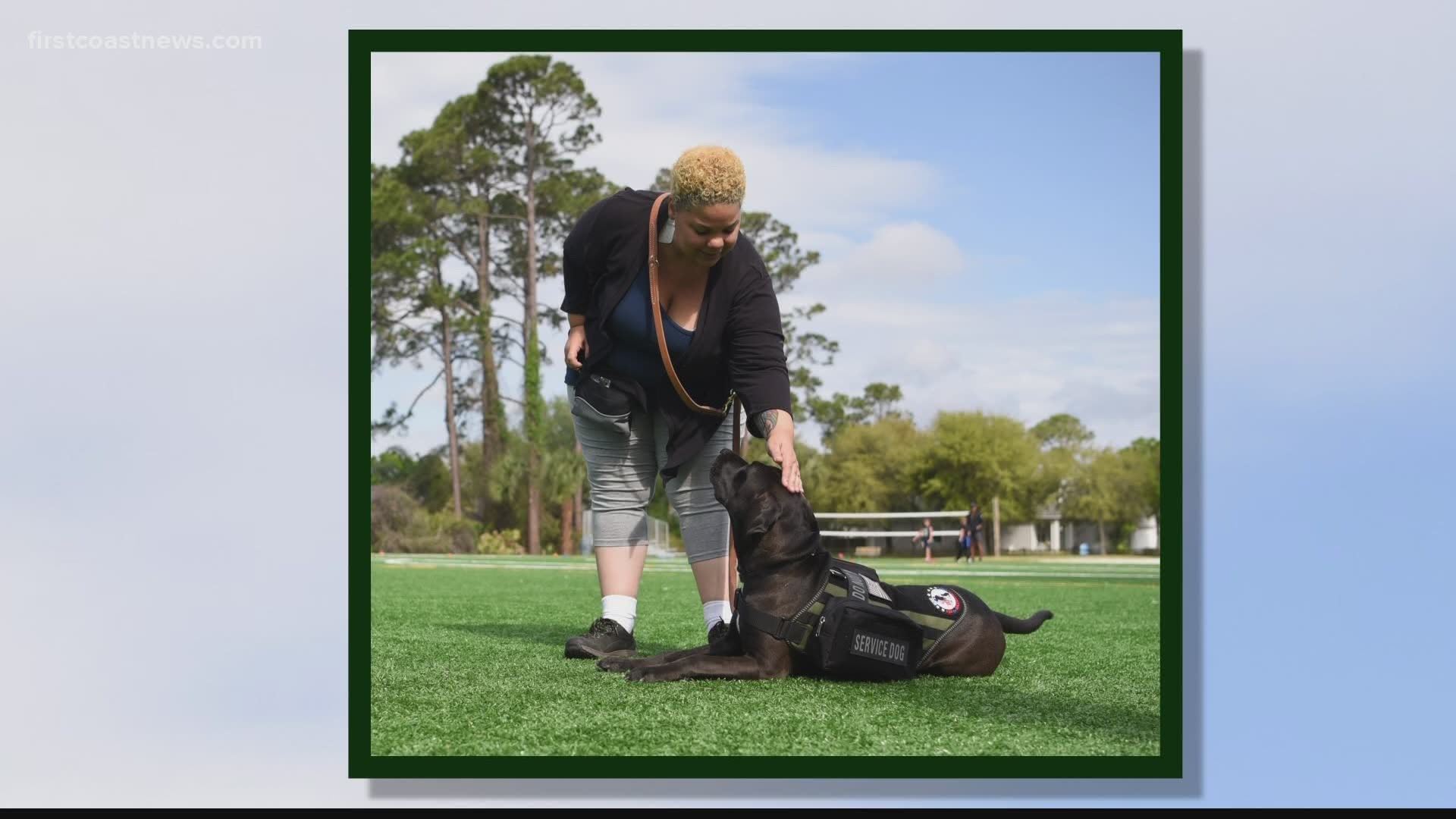 JACKSONVILLE, Fla. — K9s for Warriors, a non-profit helping save suicidal veterans, is taking a big hit during the pandemic. According to Executive Director Rory Diamond, K9s for Warriors is facing almost a 47% reduction in donations.

That's especially alarming because Diamond knows the veterans with PTSD have a much higher risk of suicide during especially tough times like now.

Danelea Kelly is 38 years old. She served our country in the army for five-and-a-half years but came home with PTSD and suicidal thoughts.

She's not shy about sharing, though.

"I've been locked up five times in a mental facility since I got back from the military," she said.

Fortunately, her suicide attempts were not successful and she wound up at K9s for Warriors to get a service dog trained to help her manage PTSD.

Scotty, she said, "sometimes lies between my legs and I just bend over and cry on him." When times get tough, she's grateful for her service dog.

And they're tough now. She's jobless and she's lost her place to live.

Diamond is worried about vets in situations like Kelly's. He wishes more donations would come into K9s for Warriors to help them reach out to more vets.

But, with the opposite as reality now, Diamond was grateful to find another non-profit wanted to help.

Rethreaded is a non-profit in Jacksonville that helps give employment and a new life to victims of human trafficking. Founder Kristen Keen says the group has turned its own facility into a place to make masks.  Even the kitchen is being used for production.

Rethreaded gave 100 masks to K9s for Warriors. Keen says when she told the victims of trafficking about their work to help veterans trying to cope with their own trauma, the women were very pleased.

"You should have seen the look on their faces," Keen said.

"It's a match made in heaven, " Diamond said.

Of course, the masks are a huge help to veterans trying to stay safe from Covid 19.  But monetary donations to either group are welcome.